Collaborative enterprise solution Workplace from Facebook introduced several new features today, including Draft For, which lets administrators select individual employees to draft posts for executives to publish in an internal company social network. If executives approve of the post, they can review and publish the post under their name.

Facebook says the changes are geared toward helping people work remotely as people around the world practice social distancing to combat COVID-19.

Facebook also introduced the ability to track employee response to a series of posts, and added a landing page often referred to as an intranet. The Knowledge Library or company intranet is for sharing static, important content such as formal company policy or resources related to benefits or human resources. 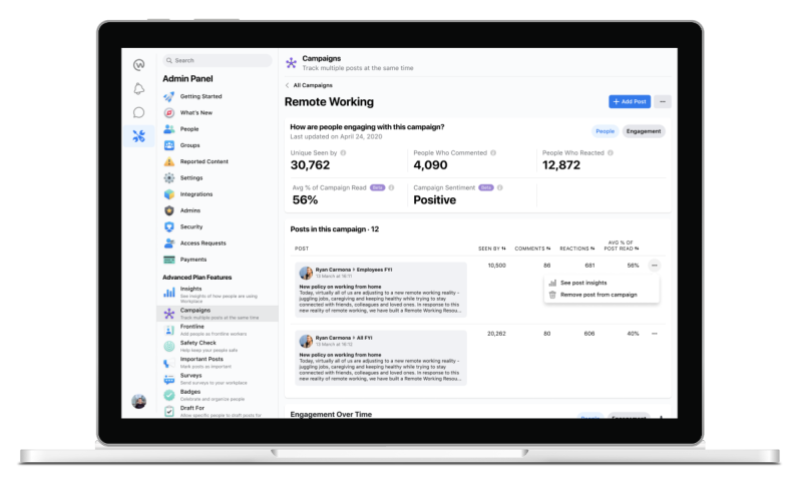 Workplace from Facebook is designed to function similarly to the social networking app but for internal use in the workplace, with a chat app akin to Messenger. But Workplace seems a distant competitor to workplace chat and collaboration tools like Microsoft Teams and Slack, which have seen growth since shelter-in-place orders became widespread in March.

Starting today, employees can create Q&A posts to address questions in groups or across an organization. Others can add or upvote questions to signal what answers are needed most from management. Safety Alerts, a feature to give employers the power to send employees standalone safety-related notifications, is scheduled to launch in June.