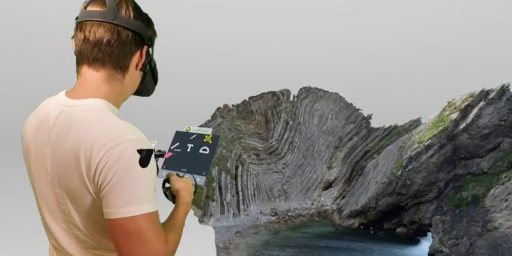 Back in 2016, HTC created a $100 million fund for VR startups called Vive X, hoping to grow both applications and use cases for its then-new Vive VR headset. HTC hasn’t shied away from investments, unveiling 20 startups that December, growing the number to 80 in 2017, and more recently refocusing on enterprise opportunities. Today, HTC says it has nearly doubled the value of its investment to date, thanks to outside funding raises by its backed startups, and it boasts over 100 deals spread across six global locations. HTC has also quietly added seven companies to the Vive X fold, focusing substantially but not exclusively on enterprise XR solutions.

Enterprises have been a particularly bright spot for HTC, which has also chased consumer applications and games for its growing lineup of high-end VR headsets. The company expects to see a 39% compound annual growth rate for the enterprise VR segment through 2023, leading to a $4.26 billion market, and is aggressively investing in business-targeted VR and AR companies.

One of HTC’s prior startups, VR CAD collaboration company Mindesk, was acquired by Australia-based software company Vection, and HTC notes that 17 Vive X companies have collectively raised over $60 million over the past year. That notably includes health care imaging company Proprio and the aforementioned Talespin, which attracted international attention (and $15 million) after spotlighting its employee layoff training simulation.

Though the latest group of Vive X accelerator startups is largely enterprise-focused, HTC is continuing to back companies with unique technology ideas for VR, AR, AI, and 5G, as well as advanced user experience development. On the hardware side, HTC plans to win over PC and smartphone users with a mix of Vive Cosmos VR headsets and Vive Proton XR glasses as it moves past its earliest designs.