Project management and team collaboration platform Asana is doubling down on the distributed workforce with the launch of a new feature that lets teams communicate through video messaging.

The San Francisco-based company has also acquiesced to user demand for a native desktop app, which is available now for Windows and Mac after having been limited to the web and mobile since its inception more than a decade ago.

While the world has learned to live with live video chats as part of their home-working setup, asynchronous communication is often cited as an antidote to Zoom fatigue and a cornerstone of successful remote working.

Video messaging, specifically, enables teams spread across multiple time zones and locations to communicate nuanced messages without having to be online at the same time. It’s why Loom is now a billion-dollar company, and it’s why major companies such as Atlassian are integrating Loom’s technology directly into their own apps.

For its new video messaging functionality, Asana has partnered with enterprise-focused Vimeo, which launched a video messaging toolset for teams last year. Asana users will be able to create short videos of themselves and their screens (similar to Loom), with auto-generated transcripts that make it possible for team members to search later for videos using keyword searches directly inside Asana. 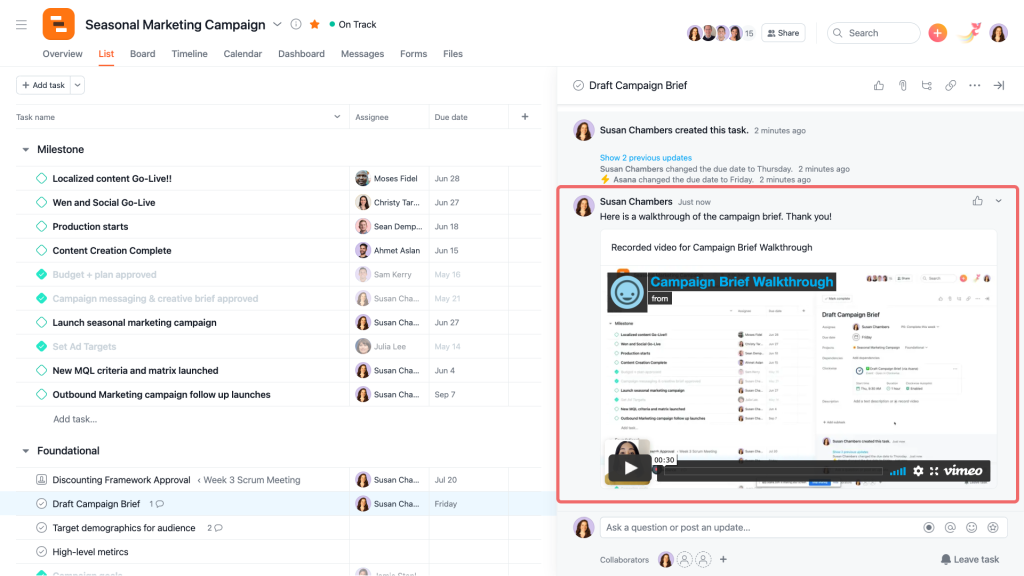 Above: Vimeo-powered video messaging in Asana

Alongside video messaging, Asana has also finally launched a desktop app for both Mac and Windows, replete with a new dark mode, which is also now available in the web and mobile version of Asana. 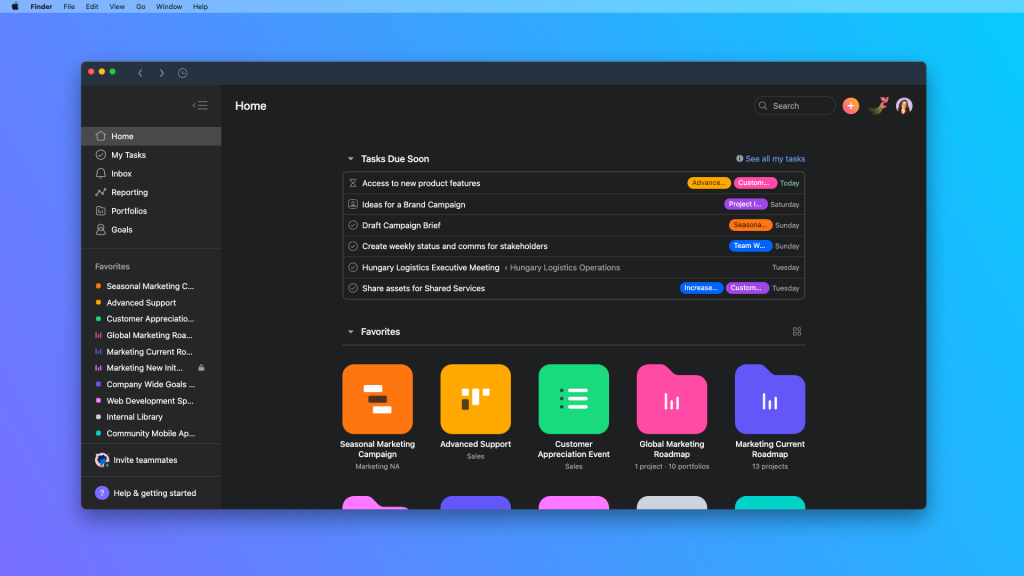 Founded in 2009 by Facebook cofounder Dustin Moskovitz and former Google and Facebook software engineer Justin Rosenstein, Asana has emerged as one of the major players in the team collaboration sphere, helping companies such as Xero, Spotify, and Okta assign tasks, manage deadlines, share feedback, track milestones, and align goals with business objectives.

Th company has attracted some big-name backers through the years, including Mark Zuckerberg, Sean Parker, and Peter Thiel, and it recently went public on the New York Stock Exchange.