A saying often heard from companies like Google and Microsoft is that they want to democratize AI. That’s a nice word, democratize — it’s got “democracy” in it — but it’s unclear how these companies define democratization, and, like AI, it has an air of hype to it.

Democratization in almost every context means delivering opportunities and benefits to everyone, but what exactly does democratization of AI mean to tech giants currently hoovering up much of the world’s AI talent supply?

Microsoft CEO Satya Nadella describes democratization as putting AI in the hands of “every developer, every organization, every public sector organization around the world.”

The implications of AI that touches every industry and sector of society demand that tech giants consider democratization beyond championing the use of their own AI services. This year, steps were taken toward that goal.

Google acquired Kaggle this spring to fuel machine learning competitions and support ideas from anywhere, while Microsoft’s AI Fund supported startups like Bonsai, a company working to simplify the implementation of TensorFlow (use of the open source library for machine learning skyrocketed this year). There’s also programs like Nvidia’s Inception, which has supported more than 2,000 AI startups in about a year’s time.

Democratization should also mean supporting ventures into areas not traditionally touched by AI, like Microsoft’s $50 million AI for Earth initiative to aid in the fight against climate change, and championing the creation of standards so that AI in health care doesn’t disproportionately benefit men over women or that predictive policing doesn’t unfairly target people of color.

In addition to driving efficiency gains, AI is expected to destabilize the labor market, taking 30 to 40 percent of jobs by 2030, according to a PwC study. Those losses will disproportionately hit certain jobs, cities, and nations around the world.

Therefore, the definition of democratization must also include what Andrew Ng calls a New New Deal, to help workers displaced by AI find jobs or get paid to study new skills.

Physicist Stephen Hawking is best known for being an AI doomsayer, but speaking at Web Summit in Lisbon, Portugal last month, he actually said he’s optimistic about AI’s potential to do things like reverse climate change or eradicate disease, but we’ve got to be careful. According to Hawking, AI could end humanity or greatly advance the human race; it could end poverty or lead to “new ways for the few to oppress the many.”

In 2018 and the years ahead, we will come to understand how the actions of dominant companies at the forefront of AI execute on democratization, and whether the benefits of AI improve everyone’s lives or exacerbate existing inequalities.

Governments have a major role to play, and individuals have their own responsibility, but tech giants have an opportunity to take actions that define democratization in the best way possible. Doing so would allow them to be seen as proactive members of society, not the benefactors of one of the most disruptive forces of modern times.

If hugely influential companies like Google and Microsoft want to have a positive impact, they need to make sure they do right by the rest of the world as they push the field forward and define what it means to democratize AI. They have the power to ensure this new and rapidly growing technology benefits everyone’s lives. Here’s hoping, for our sake, they make the right choice. 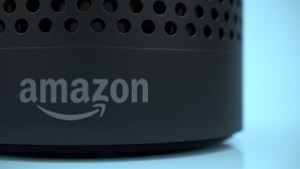 10 things your new Alexa-powered smart speaker can do

If you got an Amazon Echo Dot or Echo Spot this holiday season, you weren’t alone. According to Amazon, “tens of millions” of Alexa-enabled devices were sold this holiday season. If you’re the new owner of an Echo smart speaker from Amazon, or other speakers with Alexa inside like the Sonos One, congrats. Here’s 10 essential tasks to learn to do with Alexa, the most popular AI assistant for smart speakers on the market. 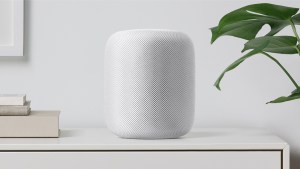 Above: Apple HomePod made its debut at WWDC on June 5, 2017 at the San Jose Convention Center in San Jose, California.

While Apple almost completely dominates the smartwatch market, it looks increasingly likely that the emerging electronics category of smart speakers — where the company already lags far behind — is on a far faster path toward mainstream acceptance. And that makes Apple’s failure to deliver […] 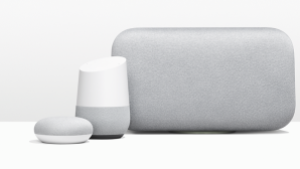 Above: Google Home Max and Mini shown next to the original Google Home

10 things to try with your new Google Home smart speaker

If you got a Google Home Mini, Google Home, or Google Home Max recently, congrats. With Google’s AI-powered assistant inside these and other speakers, you can ask questions about virtually anything, set reminders, get info about your commute to work, go shopping, and control devices in your home, all without lifting a finger. Home speakers even have features you can’t get […] 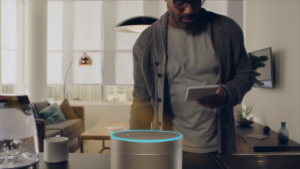 Amazon’s Alexa wants to learn more about your feelings

Amazon’s Alexa team is beginning to analyze the sound of users’ voices to recognize their mood or emotional state, Alexa chief scientist Rohit Prasad told VentureBeat. Doing so could let Amazon personalize and improve customer experiences, lead to lengthier conversations with the AI assistant, and even open the door to Alexa one day responding to queries based on your emotional state […] 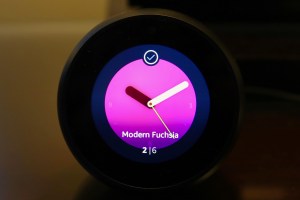 How Alexa carved out a place in my Siri-only life

Like many Apple users, I’ve carried a Siri device everywhere since 2011, so when Amazon introduced the original Echo speaker in November 2014, I couldn’t accept an AI assistant that was “anchored” to the $200 speaker’s single room. Why would I want to use Amazon’s Alexa only in my kitchen, for instance, when I could […] 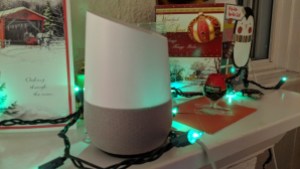 My parents have not heard of Alexa or Google Assistant, and probably have no idea Cortana exists on their Windows 10 computers. They may have approved of their son studying Computer Science, but they’re not particularly tech-savvy themselves. My father hates the burden of smartphones (he turns his off or leaves it at home at every opportunity), and my mother doesn’t even have a phone. I figured the original Google Home would be as decent a starting point as any.

Humans have officially given their voice to machines. A research paper published by Google this month — which has not been peer reviewed — details a text-to-speech system called Tacotron 2, which claims near-human accuracy at imitating audio of a person speaking from text. (via Quartz)

Facebook’s News Feed is a feast for the eyes, filled with photos, videos and status updates. That’s not great for visually impaired individuals, so Facebook has turned to artificial intelligence to improve their experience. A blind person can now hear an audio message describing a friend’s photo that shows people dancing or riding bikes. (via CNN)

Tech giants love to tout how good their computers are at identifying what’s depicted in a photograph. In 2015, deep learning algorithms designed by Google, Microsoft, and China’s Baidu superseded humans at the task, at least initially. This week, Facebook announced that its facial-recognition technology is now smart enough to identify a photo of you, even if you’re not tagged in it. (via Wired)