Like many Apple users, I’ve carried a Siri device everywhere since 2011, so when Amazon introduced the original Echo speaker in November 2014, I couldn’t accept an AI assistant that was “anchored” to the $200 speaker’s single room. Why would I want to use Amazon’s Alexa only in my kitchen, for instance, when I could get similar assistance anywhere from the iPhone in my pocket?

As 2017 comes to a close, I still wouldn’t want a one-room-only AI assistant. But now that Echo speakers start at only $50 — $30 on sale — I can easily accept having separate or linked AI assistants anchored all throughout my home. Amazon anticipated this last year by offering Echo Dots in discounted 6- and 12-packs; it more recently offered discounts on 3-Dot and 6-Dot bundles. The latter deal offered six (or seven) rooms of Alexa coverage for less than a single Apple HomePod, which still doesn’t have a launch date.

My family prefers Apple products, but we’re not adverse to trying other options if they make sense. Amazon made its way into my parents’ house earlier this year, when a first-generation Echo introduced Alexa to my dad. He showed the Echo to my iPad-loving kids, who returned from grandma and grandpa’s talking about the fun they’d had “talking” with Alexa. Then, earlier this month, Alexa arrived at my home when I auditioned a second-generation Echo before deciding to take a chance on the brand-new touchscreen-equipped Echo Spot.

Despite my initial reluctance, Alexa has earned a place in our house alongside Siri, which is built into many of my family’s devices yet barely gets used due to its numerous issues. How did Amazon pull off a feat that other companies have found all but impossible: undermining Apple’s seemingly unstoppable march into every aspect of its users’ digital lives?

How Alexa made its way into my home

In short, after tinkering with various form factors and price points, Amazon created an Alexa device that appealed specifically to my needs. Some people don’t already have Bluetooth speakers, but due to my job, I’ve had too many, and wasn’t looking to buy another. Once Alexa was integrated with a product I could use, and the price was right, I was willing to give it a shot. 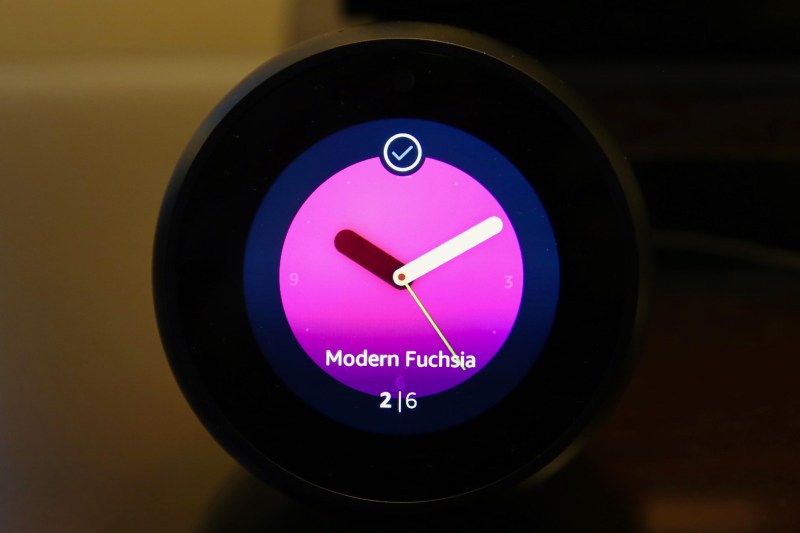 For me, the hook happened to be alarm clock functionality. I’ve been ready to replace my iHome clock with something smaller and better, though I wasn’t in any rush. When Amazon showed off the Echo Spot in September, I was immediately intrigued: The $130 semi-globe combined the novelty of a programmable color-screen alarm clock with several established Echo features that were appealing, namely Alexa, third-party Alexa Skills, video calling, and actual telephone calling. As soon as the Spot became available through a special holiday deal, I ordered one.

While this isn’t meant to be a review of the Spot, it’s worth underscoring that Alexa’s AI functionality wasn’t the device’s key selling point for me. Like many people, my family gave up our dedicated home telephone line in favor of cellular phones, so Spot’s ability to serve as a permanent home-calling solution — without requiring my iPhone to be nearby — was particularly appealing. I was also pleasantly surprised to find that the Spot is capable of making two-way video calls both to other Alexa devices and to devices with the Alexa app installed — including FaceTime-capable iPhones and iPads. Combined with the alarm clock functionality, the only feature that’s unique to the Spot, these features collectively guaranteed that an Echo of some sort would remain useful in my home.

Given how many different Alexa devices Amazon now makes, and the ways your situation may differ from my own, it’s a safe bet that your first Alexa product probably won’t be (or wasn’t) an Echo Spot. But the general premise will likely be the same: Alexa will be inside some Amazon device you find appealing, and you’ll buy it once it hits a price point you find appealing, perhaps at a discount.

When Alexa was first announced, I was unimpressed by its limited capabilities, its reliance on a $200 speaker for communication, and the fact that it was being developed by a retailer that had only a limited reputation for developing hardware, software, and services. If Amazon came to constitute a threat, Apple would decimate it… right? Wrong. Amazon quickly began chipping away at each of Alexa’s disadvantages and turned them around, while Apple flailed.

First, Amazon made Alexa more capable of answering questions on its own and introduced Skills so third-party developers could further increase its functionality. Beyond Alexa’s integrated knowledge and conversational abilities, there are now over 25,000 optional Alexa Skills, and almost all of them are free. During a period when complaints about Siri server hiccups and voice recognition issues continued to pile up, Alexa gained in breadth, depth, and responsiveness. 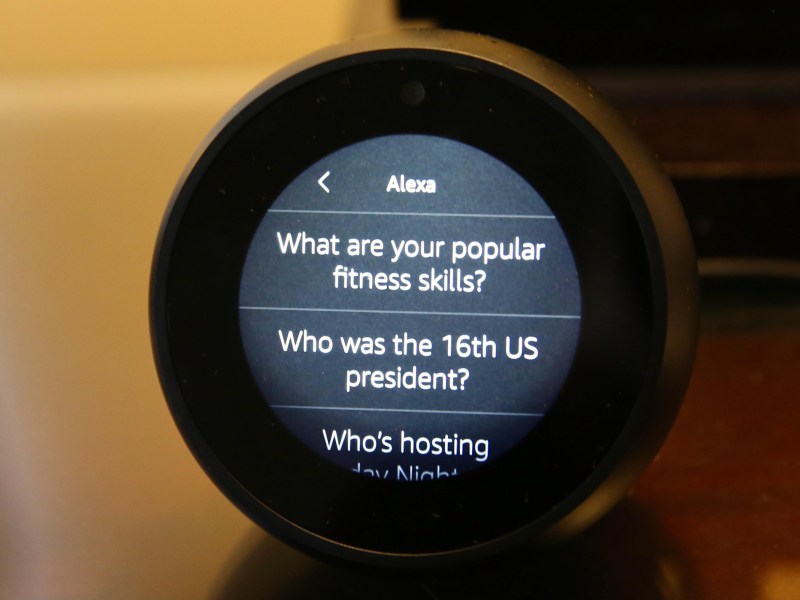 Amazon also created Alexa Prize competitions, encouraging universities to develop next-generation conversational tools for the service. Not coincidentally, it became fun to talk with Alexa, something that hasn’t been true about Siri since its early, somewhat creepy days of offering suggestions about where to hide bodies. To Apple’s credit, its updates to Siri have made the assistant’s voices sound markedly more natural across multiple languages, but Siri continues to suffer from a robotic “personality” and surprising functional limitations.

Second, Amazon developed a range of products to house Alexa, from the basic $50 Echo Dot to a $230 touchscreen-equipped Echo Show, while lowering the price of the “middle of the road” Echo to $100. This has turned out to be a critical differentiator between Amazon’s and Apple’s approaches. The least expensive device with full Siri capabilities is the all-but-unadvertised $199 iPod touch; the $150 Apple TV with seriously limited Siri is Apple’s only cheaper point of entry.

Over the holidays, Echo Dot sold for as little as $30 new, and only very recently has it seen competition in Google’s similarly priced Home Mini. It’s no surprise Amazon announced that the Dot was the season’s “best-selling product from any manufacturer in any category across all of Amazon, with millions sold.” 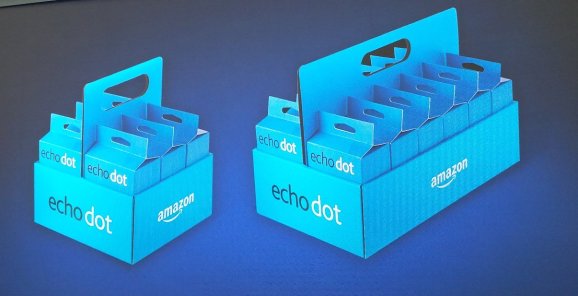 Just as Apple once discovered with the iPod shuffle, a cheap entry-level model opens the doors to customers who will eventually be willing to pay more. Yet Apple’s going in the opposite direction with its HomePod, which at $350 will be one of the most expensive “smart speakers” in the marketplace. No mainstream customer will be willing to shell out enough cash to equip an entire house with HomePods, but at 1/7th or 1/10th the price, a home full of Echo Dots purchased in bundles is easy to imagine.

With comparatively little experience making speakers, Amazon could have followed the standard speaker company paradigm of selling hardware on the strength of specs and audio performance. Instead, Amazon put a lot of effort into the Echo’s services while leveraging its status as a retailer to radically expand both its distribution and Alexa’s ability to sell other products.

Because it sells products directly to consumers, both online and through its recently acquired chain of Whole Foods stores, Amazon can offer impressive discounts on Echo devices without running its pricing by other retailers. Unlike Apple, which typically sets prices to achieve industry-leading profit margins regardless of unit volumes, Amazon is glad to chase high-volume sales with comparatively small profits to build market share. There’s not a chance in the world that a $350 HomePod will be any major retailer’s best-selling product next year. Amazon may make as little money on its multiple millions of Echo Dots as Apple makes on fewer HomePods, but it will have millions of new customers due to one AI product, and Apple will not.

Amazon also lets you order its own and third-party items using Alexa, sometimes while enjoying Alexa-specific discounts. This particular advantage is highly appealing to frequent Amazon customers and may well be unmatchable for Apple. Apart from offering discounts on Apple products — something it is loath to do — Apple would have to partner with other retailers to offer Siri-specific deals. It did test the waters with a number of short-lived Apple Pay promotions over the holidays, but they weren’t particularly compelling.

How should Apple respond?

Even though it effectively forfeited the 2017 holiday season to Amazon (and to a lesser extent Google), Apple has a history of coming on strong when it decides to enter a market. I explore its best tactical moves in a followup article, How Apple can rebuff Amazon’s growing Alexa threat in 2018.