Computer vision holds incredible promise for the $6.5 trillion global medical diagnostics industry, as highlighted by a 2018 paper in the journal Nature that found that some algorithms can identify skin cancer as accurately as a panel of doctors. Sight Diangostics, which recently raised $27.8 million in fresh venture capital, uses machine learning algorithms to perform point-of-care complete blood count (CBC) tests within ten minutes with no more than a pinprick of blood. And New York-based Paige.ai detects breast, prostate, and other cancers with deep learning models trained on clinical imaging data.

They’re far from the only computer vision startups trying to make a go of it in health care. Tel Aviv, Israel-based Aidoc, which bills itself as an AI solutions provider for radiologists, today announced a $27 million series B investment led by Square Peg Capital, which brings its total raised to $40 million following a $7 million series A raise in April 2017. The funds will be used to further develop Aidoc’s technology and expand its team of over 35 employees, said CEO Elad Walach, as it gears up to release its oncology line of products as well as an extension of its current X-ray suite for time-sensitive conditions.

“[M]ounting evidence is demonstrating real value to patients,” Walach said. “Our aim is to reach 500 hospitals in the next 2 years and we’re proud to partner with Square Peg to support this growth.”

Aidoc got its start in 2016, when three veterans of the Israeli Defense Force’s elite Talpiot program — Walach, Guy Reiner, and Michael Braginsky — put their collective heads together to devise an AI platform targeting health care verticals. The startup’s AI-powered diagnostics tool set, which doesn’t require dedicated hardware, runs continuously in an on-premises virtual machine and ingests scans from picture archiving and communication and radiological information systems. It deidentifies these and sends them onto Aidoc’s cloud, where algorithms identify and highlight abnormalities before returning the images to radiology workstations for reidentification. 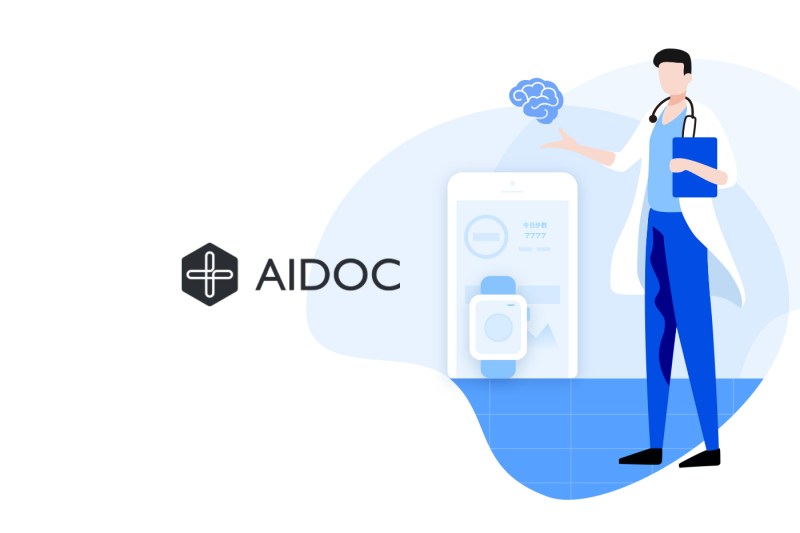 Walach pitches it as a cost-effective solution for a shrinking global workforce. An estimated 75% of all patient care involves radiology, but recent reports forecast that tens of thousands of radiology positions will go unfilled in the next six years. Just last year, the U.K.’s National Health Service spent $150 million outsourcing patient scans, and it predicts that it’ll be short at least 1,600 diagnostic radiologists by 2022.

“We feel a responsibility to get this technology into as many hospitals as possible, as soon as possible,” Walach said.

Aidoc offers an FDA-cleared and CE-marked test for intracranial hemorrhages, a CE-marked test for spinal fractures, and as-yet uncertified chest exams for pulmonary embolisms, pneumothorax, rib fractures, and lung nodules. (The CE marking indicates that the tests conform with health, safety, and environmental protection standards for products sold within most of the European Union.) Additionally, it’s developing abdominal tests for free air, dissections, and aneurysms.

The spinal tests are limited by U.S. law to investigational use, Aidoc notes, while the abdominal and chest products are categorized as investigational devices in both the U.S. and EU. “We’re working with the American College of Radiology DSI to continuously monitor the performance of our solutions that are already active within hospitals across the U.S.,” explained Walach. “Providing public visibility on the real-life clinical impact of AI across diverse settings is crucial for the continued adoption of these technologies in medical practice.”

Aidoc claims that its products can reduce report turnaround times by up to 60.1 percent, and says that they’ve so far analyzed over 1.2 million scans, detected over 360,000 signs of disease, and helped to prioritize more than 150,000 cases across over 100 inpatient and outpatient clinics, level 1 trauma centers, imaging centers, and teleradiology facilities.

“Our evaluation process included numerous conversations with hospitals that are using Aidoc’s solution in clinical settings, and the value they bring to patient care became evident,” Square Peg Capital partner Dan Krasnostein said. “Aidoc is the most mature company in AI for radiology, and we believe our partnership will help fuel their triple-digit growth.”

Aidoc competes with Zebra Medical Vision, which spent three years developing an end-to-end computer vision system capable of diagnosing breast cancer and predicting cardiovascular disease, as well as MedyMatch, a startup applying AI to medical imaging scans from stroke victims. Also in the mix are heavy hitters like Google’s DeepMind, Google AI, and Arterys, which are using AI to detect the presence of diseases like cancer or degenerative eye conditions. (DeepMind recently partnered with the U.K.’s National Health Service to develop an algorithm that could search for early signs of blindness.)