Virtual assistants are all the rage in the technology world, from Amazon’s Alexa and Apple’s Siri to Microsoft’s Cortana and Alibaba’s AliGenie. While nuances separate their individual capabilities, they all take roughly the same form: a human-like voice embedded into a smart speaker, mobile phone, automobile, or similar piece of hardware.

The company this week opened preorders for the latest iteration of the Gatebox virtual home robot, a holographic character that is designed to provide companionship to its owner. The Gatebox is a little table lamp-sized glass case that uses projections and sensors to create a life-like character, called Hikari Azuma, that the user can interact with. 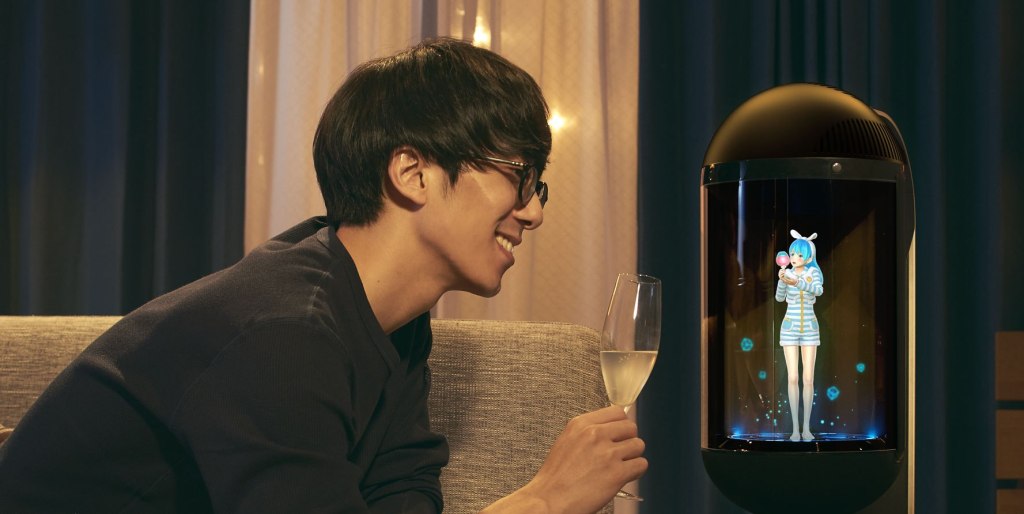 Above: Gatebox from Line

By way of a quick recap, the Gatebox was originally developed by a Japanese firm called Vinclu, which launched a limited run of 300 units in 2016, priced at the equivalent of around $2,670 each. It followed up a year later with another run of 39 units before Line acquired a majority stake in the company.

That Line is now launching a mass-market version of the Gatebox (GTBX-100) should come as little surprise, given its recent activities. However, a bigger surprise here is that the Gatebox doesn’t yet run on the Clova virtual assistant. In fact, the Gatebox doesn’t strictly use any artificial intelligence at the moment, instead leveraging a form of pattern recognition to interact with users.

While the upgraded Gatebox has been given a complete redesign at the hardware level, according to Line, it is still fairly limited in its capabilities. You can get weather and news alerts, basic information recall from the internet, and some remote control functionality for devices located in the same room. You can’t yet ask Hikari to play your favorite songs.

The unit sports two microphones, which are embedded in the top of the Gatebox and should allow owners to converse with the virtual assistant from greater distances than was possible with the previous limited models. There is also an onboard motion detector that allows Hikari Azuma to detect faces and movement and thus engage with her owner. This means she can greet someone when they walk into the room and detect a smile.

In the future, we’re told, the Gatebox will integrate with Clova, at which point much greater functionality will be rolled out, including deeper integrations with third-party services.

An AI-powered voice embedded inside a smart speaker such as Amazon’s Echo is arguably an easy technological advance to embrace. But as virtual assistants proliferate, it’s clear that companies will begin to experiment more with various forms for their AI.

Freaky humanoid robots — that not only behave like humans, but look like them — may be a step too far for many. Somewhere in the middle are companies like Intuition Robotics, which is developing social companion technology for older adults. Its main product is ElliQ, an AI-driven contraption that looks roughly like a lamp.

Then there’s Japanese tech titan SoftBank, which makes the “emotionally intelligent” Pepper robot that is designed to look like a robot rather than a human. 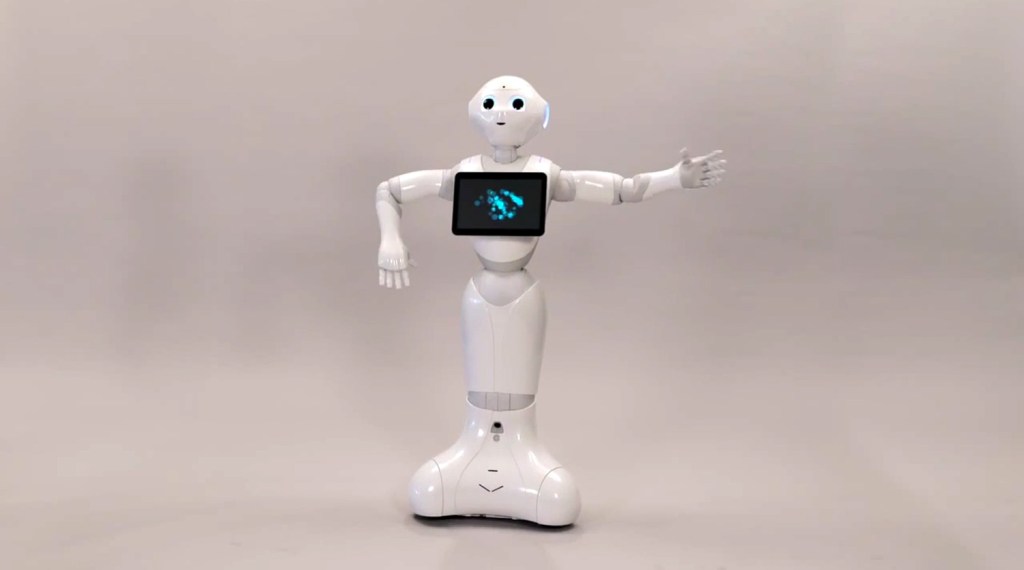 The Gatebox, on the other hand, features a cartoon person encased in a glass tube. It’s pretty nonthreatening and doesn’t pretend to be a physical person, which could make it the perfect solution for many. Earlier this year, a developer hacked his own Cortana hologram based on the AI sidekick in the Halo game franchise, further evidence that this is something developers are actively thinking about.

The promotional video surrounding the new Gatebox launch offers a glimpse into a grim world in which individuals come home from work early to their darling Hikari. But this is a world many men in Japan could face — roughly a third of Japanese males are destined to be single for their entire lives within two decades, according to the National Institute of Population and Social Security Research.

In an aging population where the birth rate is at an all-time low and is outstripped by deaths, virtual friends such as Hikari could be the very thing young people in Japan will come to rely on for companionship.

Officially, the Gatebox will be landing in other markets outside of Japan, but a spokesperson told VentureBeat that it is unlikely to launch internationally “in the immediate short-term.”