Microsoft and Kroger are taking a leaf out of Amazon’s book by building futuristic “connected” grocery stores.

As part of a pilot project, Kroger, the largest supermarket in the U.S. by revenue, and Microsoft have transformed two retail stores, one near each of their respective headquarters — in Monroe, Ohio and Redmond, Washington — using technology powered by connected sensors and Microsoft’s Azure cloud platform.

The first fruit of the partnership is a digital shelving system, which was actually announced last year and is in the process of rolling out to dozens of Kroger stores across the U.S. Called EDGE (Enhanced Display for Grocery Environment), it bypasses paper price tags for digital shelf displays that can be changed in real time from anywhere, and it also can display promotions, dietary information, and more.

But the test stores are where Kroger and Microsoft are taking things to the next level. In addition to EDGE shelving, the system will include a new guided shopping experience, personalized ads, and something the partners are calling “pick-to-light.” 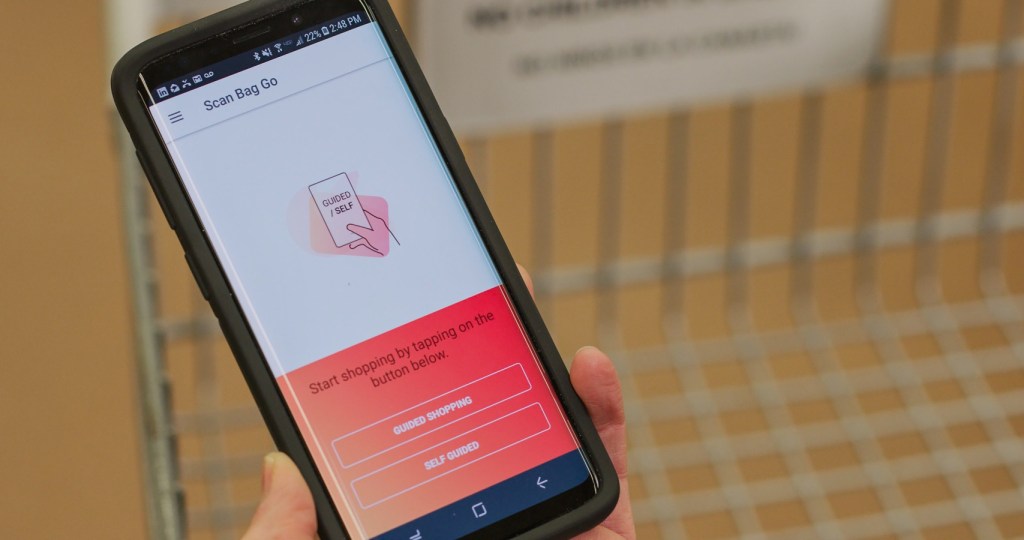 Here’s how a typical shopping experience could work with the new digital shelving system. A customer creates a shopping list in advance through the Kroger app, and as the app guides them around the store, the shelf display switches to a picture set by the customer so they can easily spot what they are looking for.

They could also be informed through the app if an item is out of stock. 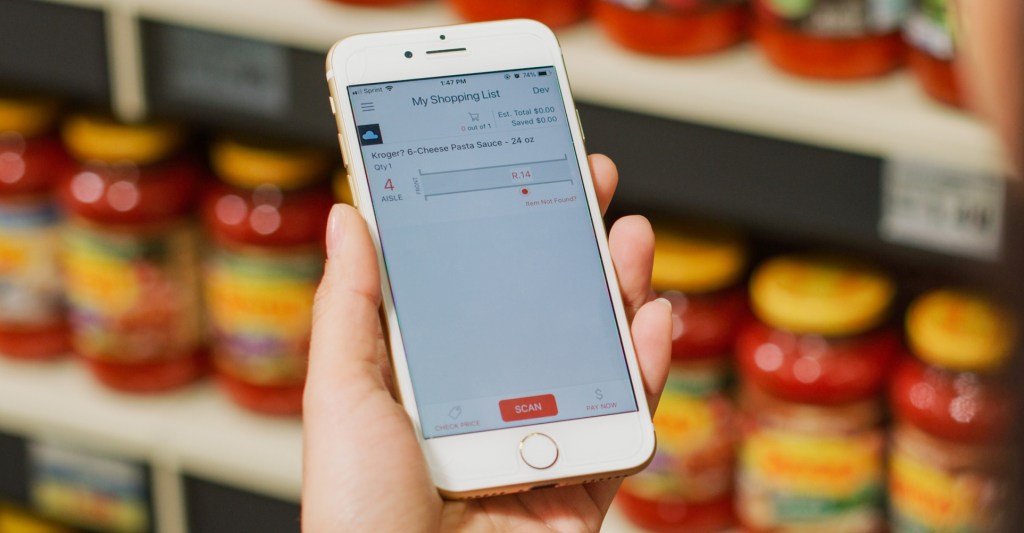 The “pick-to-light” system lights shelves up to help employees spot items as part of Kroger’s curbside pickup service, which should in theory expedite their picking powers and ensure items are readied to collect outside more quickly. These new smart shelves aren’t just for customers’ benefits, however.

What all of this helps generate, of course, is vast swathes of information — data on products and customer data. Microsoft’s Azure will take care of all the backend data storage and processing, but this wealth of data can be used by Kroger to target ads at the customer as they waltz around the supermarket. In addition to creating a more sophisticated shopping experience, the initiative is all about creating additional revenue streams.

Indeed, video analytics meshed with artificial intelligence may be used to identify customer traits, such as age and gender, according to a separate Bloomberg report today, thus allowing brands to target specific goods. While that example may not appeal to everyone, other ad-targeting smarts could go down easier — for example, a customer may want it known that they are a gluten-free vegan so as to only receive promotions for relevant goods.

Though this pilot is limited to just two stores for now, Kroger said that the results will determine future expansion plans throughout 2019 and beyond. But what is perhaps most interesting about Kroger’s plans is that it’s packaging this as a “retail-as-a-service” (RaaS) offering for use by other retailers — yet another potentially gargantuan revenue stream.

“Our partnership brings together Kroger’s world-class expertise in the grocery industry with the power of Azure and Azure AI,” added Microsoft CEO Satya Nadella. “Together, we will redefine the shopping experience for millions of customers at both Kroger and other retailers around the world, setting a new standard for innovation in the industry.”

Though Amazon dominates the online shopping realm in the U.S., accounting for roughly half of all ecommerce spending, it is still working to gain market share in the brick-and-mortar realm. That is why Amazon snapped up Whole Foods in 2017, and why Amazon has been doubling down on efforts to bridge the online-offline divide with tech-infused cashierless stores.

After opening its first Amazon Go store in Seattle way back in 2016, the ecommerce giant is now expanding the program across the U.S. and is reportedly planning thousands of such stores in the coming years. This concerted effort to dominate both the online and offline retail realms hasn’t been lost on others in the industry, with the likes of French grocery chain Casino recently opening its first cashier-free location in Paris, while San Francisco-based AI checkout company Standard Cognition is continuing to raise big bucks and expand partnerships with retailers globally. Just today, Grabango raised $12 million to expand its cashierless store technology.

Over in China, Alibaba has been investing heavily in its efforts to push supermarkets into the future, and a couple of years back it opened a bunch of new cashless Hema supermarkets — following an investment it had made in the company the year before. Alibaba also recently revealed a partnership with Starbucks as the two seek to transform the coffee industry in China by leveraging big data to hook consumers into their respective ecosystems.

It’s clear there is a battle to bring the offline world in line with the online world, giving retailers more control, data, and insights into the actions of consumers, wherever they roam. And that is why Kroger is now ramping up its retail efforts as part of its broader “restock Kroger” mission.

“Kroger is building a seamless ecosystem driven by data and technology to provide our customers with personalized food inspiration,” said Kroger chair and CEO Rodney McMullen. “We are identifying partners through restock Kroger who will help us reinvent the customer experience and create new profit streams that will also accelerate our core business growth.”