SenSat, a geospatial technology startup that digitizes real-world places for infrastructure projects, has raised $10 million in a series A round of funding led by Chinese tech titan Tencent, with participation from Russian investment firm Sistema Venture Capital.

Founded out of London in 2015, SenSat is setting out to help organizations working in construction, mining, energy, and other industries create “digital twins” of locations relevant to projects they’re working on. The company said it translates the real world into a version that can be understood by machines and is thus suitable for training artificial intelligence (AI) systems.

These digital twins are constructed using various data types, including real-time data generated from wearables, physical sensors connected to assets on the ground, traffic data, and 3D image data captured from satellites, lidar, and drones. SenSat is actually one of the U.K.’s biggest drone data providers, due in part to its Civil Aviation Authority (CAA) license that enables it to fly fixed-wing drones up to 12km away from the pilot — in other words, far beyond the controller’s line-of-sight. 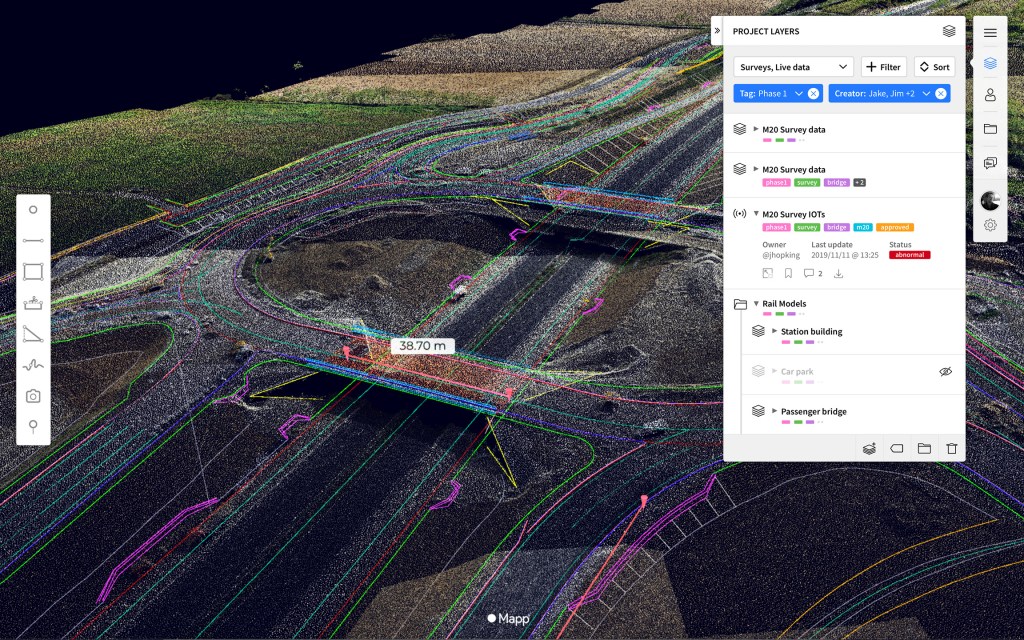 Above: Screenshot from SenSat’s Mapp platform

“SenSat has a simple but profound goal: to build the third platform, an intelligent ecosystem that translates the real world into a version understandable to AI,” said SenSat cofounder and CEO James Dean.

Powering this goal is a cloud-based platform SenSat calls Mapp, which is used to recreate the real world in digital form by ingesting all the data sets that are connected via their location. The upshot is that companies can access a virtual version of a specific location — such as a construction site — and everything that’s happening there at any given moment.

“When combined in the right way, the sum of these data inputs create value larger than the individual parts,” Dean told VentureBeat. “This information turns static representations of the real world into dynamic representations [that] describe accurately the environment of what is happening in the real world, as well as the geometry.”

This could allow project managers, for example, to track progress and garner insights into what’s happening on the ground, or even to generate a predictive maintenance analysis of equipment that’s being used on-site.

SenSat’s initial focus on infrastructure companies taps into a broader trend of technology companies tackling the inefficiencies that have blighted industries such as construction. San Francisco-based OpenSpace, for example, recently raised $14 million for an AI platform that automatically creates navigable 360-degree photos of construction sites. And Cape Analytics has raised sizable funding for a platform that meshes computer vision with geospatial imagery to help insurance companies better evaluate properties

At the time of writing, SenSat has mapped 17 U.K. cities, which it said helps with the R&D around its spatial big data indexing algorithms, change-detection, and 3D computer vision. “All of these applications eventually find their way to infrastructure use cases,” Dean continued. “One of SenSat’s goals is to ‘advance machine understanding of real world context,’ and cities are a good test-bed for this, as there is a lot of varied data describing what is happening within them.”

SenSat constitutes part of another growing trend across the technology spectrum: the meshing of large swathes of disparate data to generate real and meaningful insights. Alphabet’s Sidewalk Labs, for example, recently spun out a new company called Replica, which is designed to help planners create ‘virtual populations’ using de-identified location data to figure out how people move around cities. Elsewhere, a company called Near pools data sets from third-party sources to help organizations determine behavioral attributes of people in the real world, while Streetlight Data aggregates mobile app data to help cities measure traffic. And then there is PredictHQ, which taps data from global events to help companies such as Uber and airlines forecast demand surges.

SenSat said it has worked with a number of notable infrastructure-focused bodies in the U.K., including Heathrow Airport and property developer Berkeley Homes, for which it recreated the local environment ahead of a development project to build 10,000 new homes. 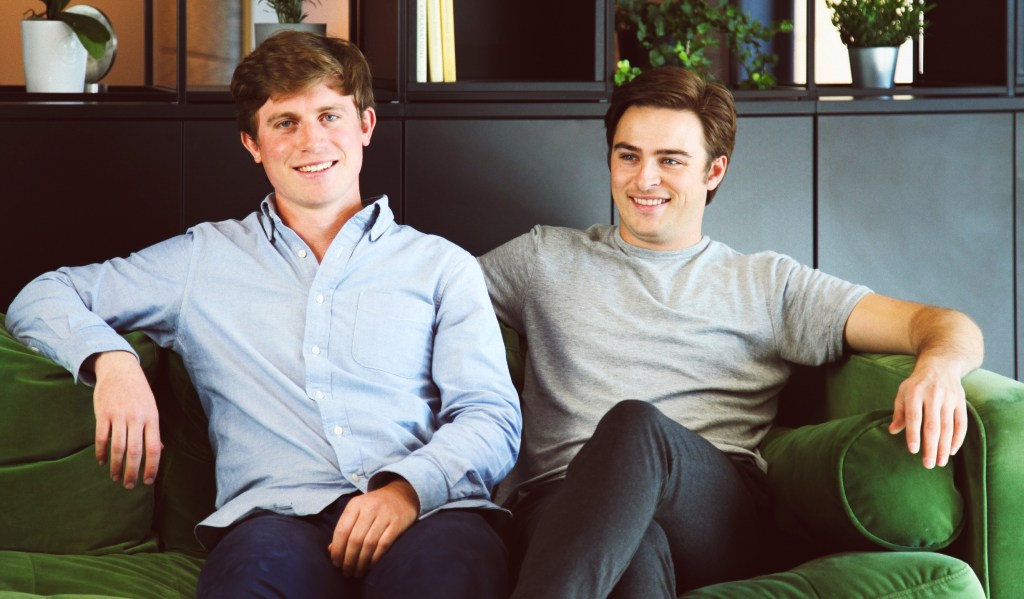 Prior to now, SenSat had raised around $5 million, and with its latest cash injection it plans to triple its London-based team to 90 people within the next year, with a particular focus on data scientists, mathematicians, software developers and “creative problem solvers,” as the company puts it. The company is also looking to grow its presence internationally.

SenSat said it plans to launch in the U.S. in the coming months, with a focus on Nevada, Texas, New Mexico, and Arizona — “all of which have high infrastructure capital spend and existing clients,” Dean noted. Indeed, SenSat already claims nine U.S. companies as clients, and several more as multinationals, which will open SenSat up to other markets over the next few years.

It’s also worth highlighting Tencent’s lead role in SenSat’s latest funding round. As part of a company restructuring last year, Tencent launched a new business unit called the “cloud and smart industries group,” which is effectively responsible for its industrial internet strategy spanning cloud computing and AI. At its core, it’s all about helping industries such as retail, medical, education, and transportation work smarter — a hint, perhaps, at potential future applications of SenSat’s technology.

“We believe SenSat is well positioned to introduce mass digital automation to offline industries that have not yet engaged in the digital revolution,” said Tencent’s chief European representative, Dr. Ling Ge, who is also now a member of SenSat’s board. “And we look forward to SenSat applying its platform to a broadening range of smart industries.”