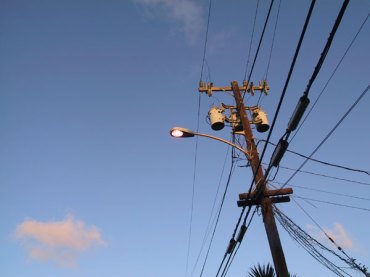 The movement toward a cleaner, more efficient Smart Grid is off and running, with the Department of Energy allocating billions to the cause, and utilities revamping how they do business after decades of inertia. Now, the global effort is breathing new life into old concepts: Zigbee wireless communications, for one — but perhaps most importantly, demand response.

Here’s demand response in a nutshell: Utilities make deals with their rate payers, whether they be homeowners or businesses, to reduce the amount of energy they use when it looks like power demand is about to exceed supply. At its core, demand response shaves just enough energy off the grid’s peak loads to avert brownouts, blackouts and other disruptions that annoy customers and cost utilities millions in maintenance fees.

This has been happening for more than 20 years, particularly in warm states like Arizona and Texas, where air conditioners bust the grid every summer. Run mostly by technical back-end companies with boring names like Utility Integration Solutions and Corporate System Engineering, demand response programs have traditionally been relegated to big manufacturers, data center owners, and other major energy hogs.

But all that is starting to change, and fast.

In 2001, a new company called EnerNOC burst onto the scene, offering to run demand response programs for utilities in progressive regulatory states like Massachusetts and California. And it didn’t want to just target the same old customers.

It saw that supermarkets, big box retailers and office parks could also do their part to slash energy use during peak hours, by turning down the heat or switching off the lights. The company spied many more opportunities for reducing demand and protecting the grid.

It also spotted a way for everyone involved to make money. Costs drop for utilities, to be sure. But the companies enrolled in the programs also save money by reducing how much electricity they are using when it’s at its most expensive. On top of that, EnerNOC introduced a model for utilities to make payments to their demand response customers in exchange for load reductions — which the company wittily dubs “negawatts.” It seems like the ultimate win-win situation.

“EnerNOC likes to make it sound like this is a totally new business they are in,” says John Kluza, an energy analyst at Lux Research. “When it started, nobody knew about demand response unless their utility explicitly told them. But EnerNOC did make it a value proposition for people, telling them they could get a check for not doing much of anything.”

Charged with managing 3,250 megawatts for 2,500 customers across 5,600 commercial and industrial sites, the company is doing pretty well. It brought in $190 million in revenue over the last year, and, as Kluza puts it, “When you ask people about demand response, nine out of ten times their first word is EnerNOC.” The market education gap started to close about five years ago, coincidentally when the company picked up speed, he says.

Its success — crowned by its nearly $100 million IPO in 2007 — has bred a new field of competitors. The runner up, Comverge, was actually around for five years before EnerNOC popped up — but it didn’t have the same pizazz. Only recently has it hired a new public relations firm, looking to revamp its image for the new, trendy Smart Grid market. It has 2,600 megawatts under management and reports revenues of $98 million for the last year. CPower, founded in 2000, has also followed suit, shortening its name from ConsumerPowerline, and raising fresh capital to beef up its marketing strategy.

Now EnerNOC is making several interesting lateral moves — and the industry seems to be following in its wake. First, it’s diversifying its services in a big way. No longer solely a demand response firm, it has developed new tools (like SiteSMART and SupplySMART) to monitor energy use for its customers, allowing them to keep tabs on how much they are consuming and where it is going, and to automate reductions when energy prices climb too high. The company just landed a $10 million contract to use these tools to track energy for the state of Massachusetts.

More notably for demand response, EnerNOC is making a major play for smaller businesses to enroll in its programs. And it just acquired a company called SmallFoot, which specializes in demand response for startups and smaller enterprises, to get its rather large foot in the door.

“My suspicion is that EnerNOC wants to broaden the market for all its services,” Kluza says. “Now that the company can keep an eye on all your energy systems for you, it makes sense that it would want to cover smaller players too.”

This makes sense, but is also indicative of new markets for demand response opening up. Residential consumers are increasingly interested in enrolling in demand response programs, according to a new report out of research firm Frost & Sullivan. Its survey revealed that 60 percent of homeowners would be willing to change the way they use electricity to save money off their monthly bills. Only 16 percent of them are aware of the programs their utilities offer to do so, but the figure is rising rapidly.

The number of residential customers will explode when smart appliances start to gain traction, the report claims. About 59 percent of survey respondents said they would probably buy these appliances — capable of automatically reducing their energy use during peak periods (controlled, perhaps, by a company like EnerNOC) — but 75 percent will wait until they need to replace their existing devices.

Kluza isn’t as optimistic about the residential demand response market taking off. Basically, homeowners are too small of fish. Even if a family has its air conditioner blasting, it’s probably only using 6 kilowatts total, barely enough to merit action. By comparison, the average supermarket is using a few hundred kilowatts at any given time — that’s why it can make a difference.

But as demand response firms like EnerNOC rely more on IP communications — driven by smart meters — to automate load reductions, the residential market will become a more profitable area to investigate. This just isn’t likely to happen over night, Kluza says.

For now, the demand response industry seems to be sitting pretty exactly where it is. More utilities are turning to third-party companies to manage these types of programs, and more commercial entities — pressured by government regulations and the need to green their public images — are looking to do whatever they can to dramatically reduce their energy consumption (especially if they can make money while they’re at it).

The one, vague threat on the horizon is grid-scale storage. Companies like Panasonic, Hitachi and Siemens are racing to develop massive batteries that could store enough energy to ensure that supply never exceeds demand. This would negate the need for traditional demand response — perhaps one of the reasons EnerNOC and its brethren are branching into new services now.

But this brand of storage won’t become competitive for many years, according to Kluza. The technology isn’t there yet, and it won’t be affordable even when it is. Beyond that, the first grid-scale systems will probably be used to integrate renewables like solar and wind into existing grids, not to shave energy off of peak loads.

Thanks to the slick PR and sex appeal of companies like EnerNOC, and even those riding its coattails, it looks like a pretty good bet.

This post is part of our ‘We Can Do This’ campaign, sponsored by the Pacific Gas & Electric Company. As always, VentureBeat is adamant about maintaining editorial objectivity. PG&E had no involvement in the content of this or other posts. You can check out its We Can Do This web site for more information.