At Google Cloud Next 2019 today, Google signed strategic partnerships with seven “leading open source-centric companies”: Confluent, DataStax, Elastic, InfluxData, MongoDB, Neo4j, and Redis Labs. Each partnership has its own timeline, but the company expects them all to roll out “over the next few months.” Google also announced new Google Cloud Platform (GCP) regions opening in 2020: Seoul and Salt Lake City.

Google says it believes in an “open cloud” and that “open source is the future of public cloud.” Indeed, the company has made open source contributions via projects like Kubernetes, TensorFlow, Go, and so on. But Google doesn’t want to just open-source its own projects — it also wants to partner with companies that are building open source projects.

Google will be offering fully managed services for these partners that are tightly integrated into GCP. That means a single user interface (including the ability to provision and manage the service from the Google Cloud Console), unified billing (one invoice from Google Cloud that includes the partners’ services), and Google Cloud support (manage and log support tickets in a single window). Google will also work with its partners to build integrations with native GCP services like Stackdriver and IAM, validating for security and optimizing performance.

Google hopes that this will make it easier for enterprise customers to build on open source technologies. The seven partnerships are all data management and analytics company — here is how Google describes them:

Google says its customers regularly ask to use open source technology in a cloud-native way. By offering a similar experience to its native GCP services, the company is delivering on that request at scale.

Google is already planning to open an Osaka, Japan region in the coming weeks and last month announced a Jakarta, Indonesia region will launch in the first half of 2020. But this is Google Cloud Next, where the company always has more regions to announce.

Google will be adding cloud regions in Seoul, South Korea (its eighth in Asia Pacific) and Salt Lake City, Utah (its sixth in the U.S.) in 2020. The company didn’t give exact dates, merely saying that the Seoul region will be usable “in early 2020” followed by the Salt Lake City region “shortly thereafter.” Each new cloud region will offer three zones at launch and will include key GCP products. 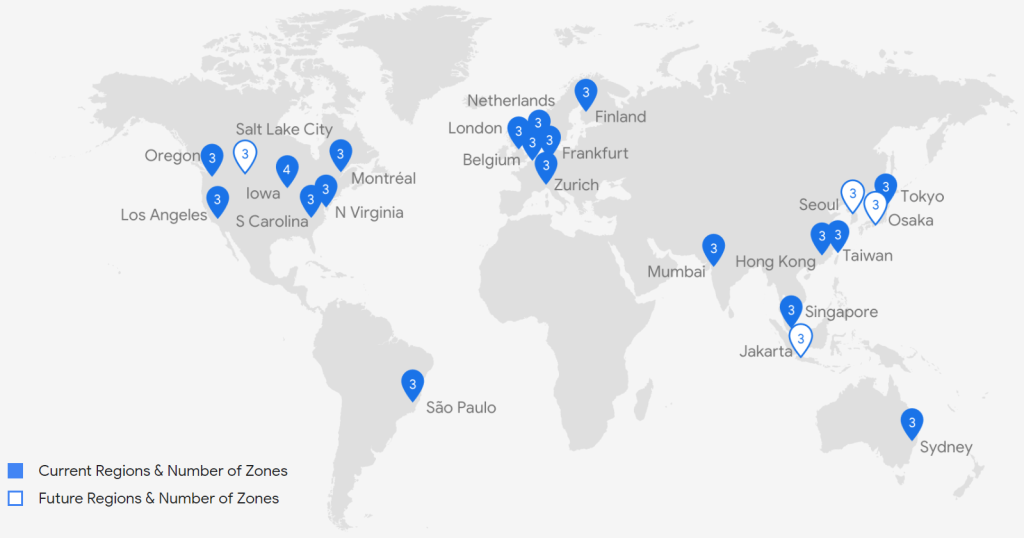 Google Cloud Platform is currently in 19 regions (cloud locations). If you add the announced regions, the number grows to 23. Oh, and Google promised there will be “more region announcements” this year.