A few months ago HP went ahead and released a new version of its very good 13.3-inch Spectre x360 convertible laptop with a 4K Ultra HD display. A screen this fancy was previously only available on the 15.6-inch Spectre x360.

When you find a 4K video you want to watch, the HP delivers, without taking up a huge amount of space, and without costing you an extraordinary amount. This device goes for $1,600. Apple’s latest 13-inch MacBook Pro, which costs $1,500 to $2,000, cannot deliver 4K, even if it does have a Touch Bar.

But as is the case with other 4K systems, when you’re watching 4K content on this laptop, you’ll go through your battery power and fast, to say nothing of slow download times and considerable data consumption. While HP claimed you can use the thing for up to 10 hours on a charge, I got an average of around four and a quarter hours; the non-4K version gave me four to seven hours of life. 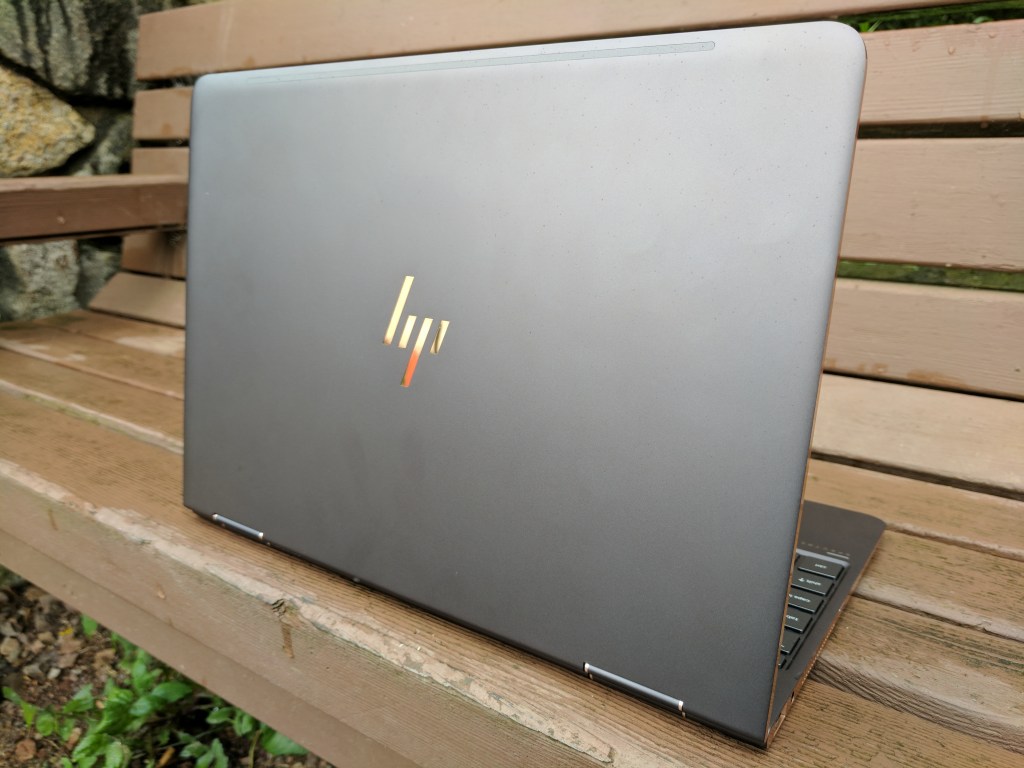 The touchscreen is good. The trackpad is reasonably good. The keyboard is good, although I still get caught off guard sometimes by the home, page up, page down, and end keys on the far right. Sound quality and build quality are good. The bezels on the side are narrow. The camera is where it should be. There’s a legacy USB-A port in addition to the two modern USB-C ports. HP’s Active Pen stylus comes in the box — and now it comes with the other Spectre x360 models, too, so you can take advantage of Windows Ink out of the box.

At times the fan noise gets loud and the laptop warms up, but it never gets so hot that it can practically burn you the way that the Spectre 13 clamshell laptop did. 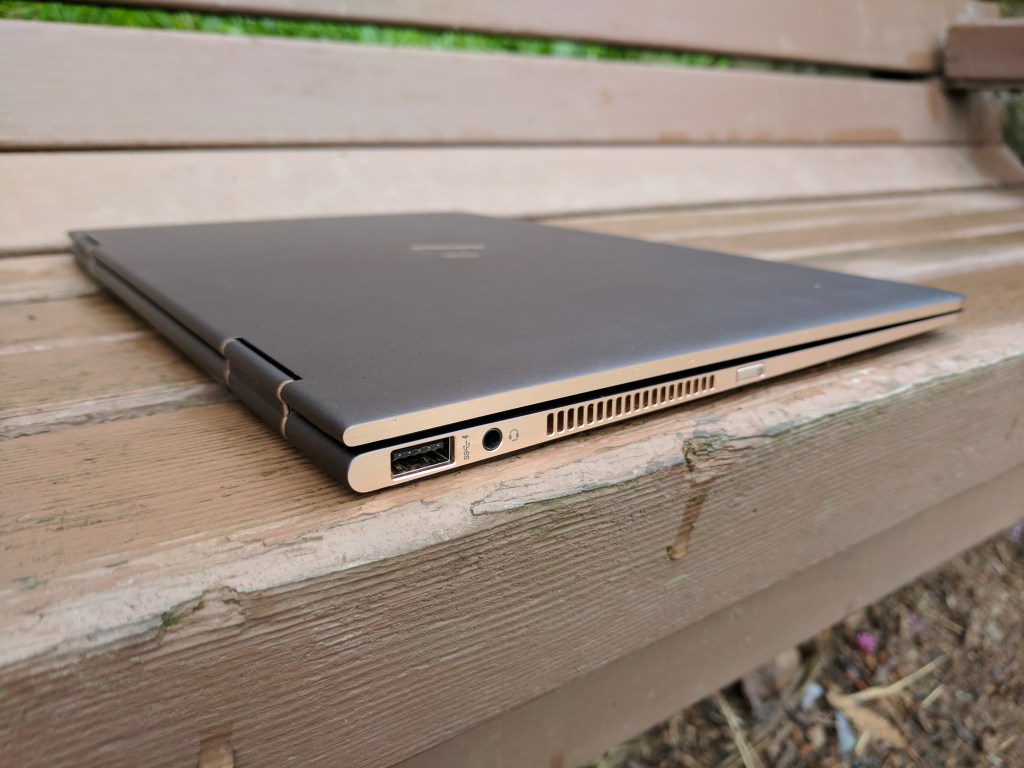 Above: The computer at rest.

I like the dark gray “ash silver” color of the laptop and its bronze highlights. But then again, I liked the regular silver of the non-4K systems just as much, if not more.

Here’s the real issue with this machine: You probably don’t need it. There still isn’t a ton of 4K content to watch, for free or otherwise. And I don’t need to deal with 4K video for work. Plus, you get less battery life with this display. But if you want a solid laptop with 4K and you don’t mind the battery constraint, then congratulations: You’ll have one more PC to evaluate.