Medopad, a U.K.-based health technology startup that uses machine learning and big data analyses to help predict and manage chronic diseases, has raised $25 million in a series B round of funding led by Leaps by Bayer, the VC arm of German pharmaceutical giant Bayer, with participation from NWS Holdings and Healthbox, among other investors.

Founded out of London in 2011, Medopad connects patients with a range of medical professionals and aims to “understand, treat, and ultimately prevent ill health.” At the heart of its platform is an app that integrates health data from medical bodies, mobile devices, and patient wearables. By applying AI to large data sets, Medopad says it can generate predictive insights that may detect medical conditions.

“Medopad has a bold mission to help people live their life to the fullest — one that requires long-term commitment and partnership to achieve,” said Medopad founder and CEO Dan Vahdat. 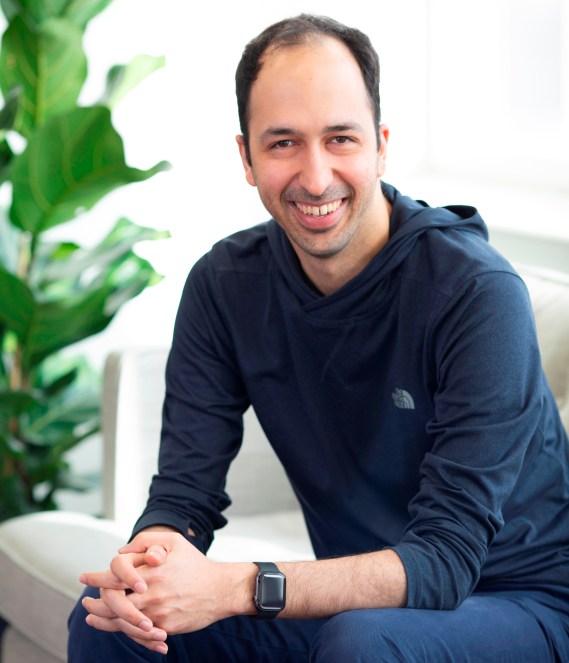 Medopad claims a number of high-profile partners from across the pharmaceutical, research, insurance, and technology realms. Back in 2015, it was one of the first health apps available on the Apple Watch, where it was used by King’s College Hospital in London to monitor chemotherapy patients. Last year, Medopad announced a partnership with China’s Tencent to use AI to improve the diagnostic accuracy for conditions such as Parkinson’s disease. This effort has involved setting up a medical AI lab with a globally distributed team of 50 people working to develop “digital biomarkers and digital medicines” for China.

By remotely monitoring patients, healthcare professionals can track side effects of drugs and dosage, for example, and avoid the travel time involved in meeting in person. Additionally, the Medopad app can be used to solicit tests for conditions such as Pulmonary Hypertension, a form of high blood pressure that can affect the arteries in the lungs and heart. Such a test might include a standardized six-minute walk test (6MWT) to measure symptoms and a series of quality-of-life questions.

A slew of digital health platforms have come to the fore in recent years, covering everything from fitness trackers to step counters and sleep trackers, as well as sensors for monitoring heart rate, heart rhythm, and blood pressure. Apple is investing heavily in health tracking tools enabled by the mass proliferation of iPhones and the Apple Watch, while Google is ramping up its investment in the health sphere, evidenced by last week’s announcement that it plans to acquire Fitbit for more than $2 billion.

Medopad had previously raised around $29 million, the bulk of which came through its series A round nearly two yeas ago. With another $25 million in the bank, it plans to support continued development of clinical studies and pursue R&D projects with clinical and life science bodies to “discover digital biomarkers and develop digital therapeutics (DTx),” according to a statement issued by the company. It also plans to push its products and partnerships into more geographies globally.

Medopad has a number of existing clinical trials currently underway, including one with its latest lead investor, Bayer Pharmaceuticals. Indeed, Bayer has signed up to access Medopad’s extensive hospital reach and analytics to develop AI-powered therapies for those with Coronary Artery Disease (CAD).

As with most other industries, AI is increasingly infiltrating the healthcare realm, as medical researchers and professionals seek new ways to optimize treatments and bring drugs to market more quickly. In the past month alone, Healx raised $56 million to further develop its AI platform that seeks new drug treatments for rare diseases, while Viz.ai secured $50 million for AI that detects early signs of stroke. Elsewhere, Verisim Life recently closed a $5.2 million seed round to create AI-powered biosimulations that can replace animal drug testing.

Medopad was previously touted as a unicorn in the making by KPMG, and while it has yet to achieve that status, its latest funding round with such a high-profile strategic backer puts it on a strong trajectory. A company spokesperson told VentureBeat that Medopad’s valuation is now in the $200 million to $300 million range.