RapidAPI, a platform that helps developers find, manage, and test application programming interfaces (APIs), has raised $60 million in a series C round of funding.

The raise comes amid a boom in the API economy, as organizations strive to improve their efficiency (and profitability) by moving away from tightly woven, monolithic applications to microservices-based applications. By splitting apps into smaller, function-based components, companies are afforded more agility, and they gain domain-specific expertise from third parties and circumvent the need to develop everything from scratch themselves.

Founded out of San Francisco in 2014, RapidAPI helps developers discover and connect to thousands of public APIs, covering everything from file storage and currency conversion to flight search and COVID-19 statistics. 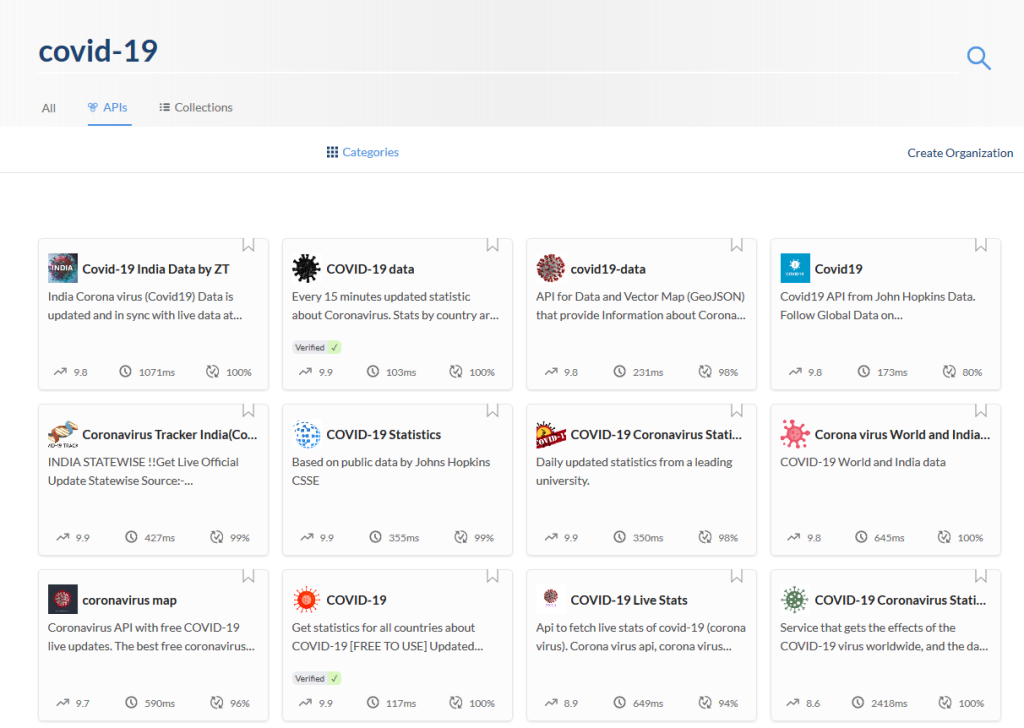 The company also offers Enterprise Hub, which is essentially a white label version of RapidAPI that businesses use to build private marketplaces for internal and external APIs. RapidAPI has amassed a number of notable enterprise clients, including SAP, Cisco, Tata, and Hyatt.

RapidAPI had raised around $63 million after closing a $50 million series B last year from lead investors that included Microsoft’s M12 and Andreessen Horowitz. With today’s $60 million cash injection, spearheaded by Green Bay Ventures, the company plans to invest in several key areas “based on direct feedback from our enterprise customers,” according to RapidAPI founder and CEO Iddo Gino.

This will include the continued platformization of the RapidAPI Enterprise Hub to include additional tooling spanning the entire API development lifecycle. This is evidenced by the company’s recent acquisition of Paw, a platform that helps developers design and test web APIs.

“Over the course of this year, we will continue to build out the platform to add other key capabilities, including things like API Security, and increase the integration between our API Marketplace and Enterprise Hub, testing, and design products,” Gino told VentureBeat.

RapidAPI intends to continue opening up to new API types beyond SOAP and REST, having recently extended support to Kafka and GraphQL APIs. “We will continue to add support for other API types, such as asynchronous APIs and webhooks,” Gino added.

The company is also setting out to solve the problem of “multicloud, multi-gateway integration” for its customers.

There has been a flurry of activity across the API realm of late. MessageBird, SendBird, Postman, and Kong have all pulled in large sums of cash at multi billion-dollar valuations, not to mention investments for smaller API-focused companies such as Nylas and Skyflow. Twilio, meanwhile, acquired Segment for $3.2 billion, and Idera acquired Apilayer, a cloud-based API provider for big-name companies like Amazon, Apple, and Facebook.

The API onslaught is nothing new — over the past five years, Google shelled out $625 million for Apigee and Salesforce snapped up Mulesoft for a cool $6.5 billion.

The API economy is unquestionably thriving. But with the proliferation of APIs, many methods companies previously used to manage them all have become outdated, according to Gino. “One of our customers is a major financial institution that, prior to RapidAPI, used a spreadsheet to manage their APIs,” he said. “This spreadsheet was updated by distributing it manually to various executives throughout the company once a year. They had very lagging visibility into their APIs.”

Internal tools such as Google Docs and Excel spreadsheets offer little in the way of transparency or collaboration in terms of being able to share code and documentation. “They lack key features such as deep search, tagging, and so on — in fact, in some cases, teams could be developing the same API in different organizations or subscribe to the same APIs without ever realizing it,” Gino said. “This leads to inefficiencies and lowered productivity.”

The pandemic has also played a part in the continued rise of the API. Many businesses that relied on more traditional offline mechanisms to drive revenues were forced to embrace digital alternatives. And even major companies with long-established digital components have seen those efforts boosted massively by COVID-19 — for example, Starbucks’ mobile orders increased from 17% to 24% of its total transactions in 2020.

Starbucks’ mobile orders as % of transactions:

RapidAPI itself has benefited greatly from this surge in demand, adding more than 750,000 new developers to its platform over the past 12 months and doubling the number of available APIs to 35,000.

Digitalization has “gone from being a nice-to-have to an imperative to survival,” according to Gino. “To react this quickly and accelerate development, companies have to rely on APIs in their software development. It really puts the onus on companies to get APIs right — and fast.”

Put another way, the fact that every company is now a software company is one reason APIs are in such hot demand.