Sourcegraph, a company that develops a “universal code search” platform that enables developer teams to manage and glean insights from their codebase, has raised $23 million in a series B round of funding led by David Sacks’ Craft Ventures, with participation from Redpoint Ventures, Goldcrest Capital, and others.

Founded out of San Francisco in 2013, Sourcegraph helps developers find and understand code and make changes to code they are responsible for,  as well as serving up intelligence and contextual information around the code. It provides a centralized conduit for anyone looking to search and analyze all of an organization’s code, and it integrates with all the common developer tools, including code-hosts and editors, as well as monitoring and analytics platforms.

As the volume of code, developer tools, repositories, and personnel grows inside a company, it becomes more difficult to work collaboratively and cohesively. That’s why all the major tech companies, including Facebook and Google, use their own internal universal code search tools. Sourcegraph aims to give companies of all sizes access to the same functionality.

“With more code, languages, and systems to integrate than ever before, the job of the developer is exponentially more difficult than five, 10, 15 years ago,” Sourcegraph cofounder and CEO Quinn Slack said. “Universal code search is the only solution that lets developers stay on top of this ever-growing complexity by giving them the ability to search, understand, and fix problems across the entire codebase.”

Sourcegraph essentially ties together the various strands that make up modern developer teams, spanning developer tools, repositories, programming languages, code changes, file formats, editors, and more. If a developer needs to know how to use a particular function or service, what impact changing a piece of code will have on other dependencies, or what the correct library is for a particular task, Sourcegraph promises to help. And DevOps teams can use Sourcegraph to see what changes were made in the code that caused something to break.

One potential use case inside GitLab, which has supported Sourcegraph natively since November, is to help users who are reviewing code as part of a merge request and come across a class they are unfamiliar with. With Sourcegraph, they can simply hover over it and click the “go to definition” button.

This makes it much easier for the reviewer to see whether it’s being used correctly, and saves them having to switch between contexts and check out the branch. 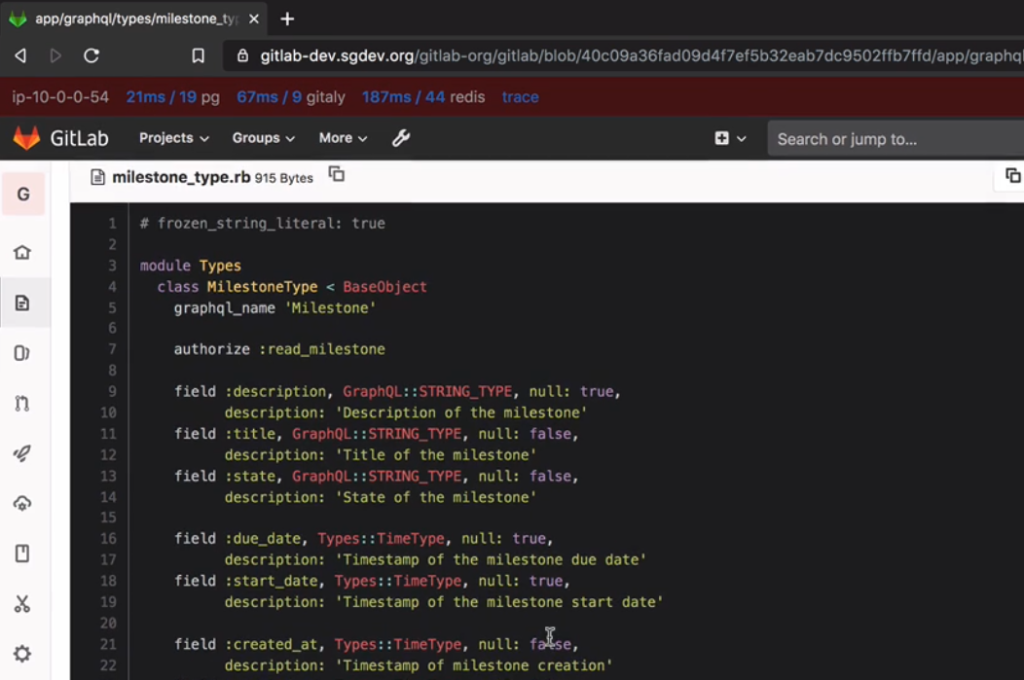 Every company is pretty much becoming a software company, which is why developer tools are so hot with investors — GitLab itself recently raised $268 million at a $2.7 billion valuation.

Sourcegraph had previously raised around $20 million, and with a further $23 million in the bank it is well positioned to grow the number of developers using its platform. These include illustrious companies such as Uber, Lyft, and Yelp.

“Sourcegraph is mission-critical enterprise software for development teams,” said Craft Ventures’ cofounder and general partner David Sacks. “What captured our attention is the bottom-up adoption among developers at major enterprises, where the majority use Sourcegraph for universal code search every day. It’s rare that you see enterprise software with the engagement levels of social networking sites.”