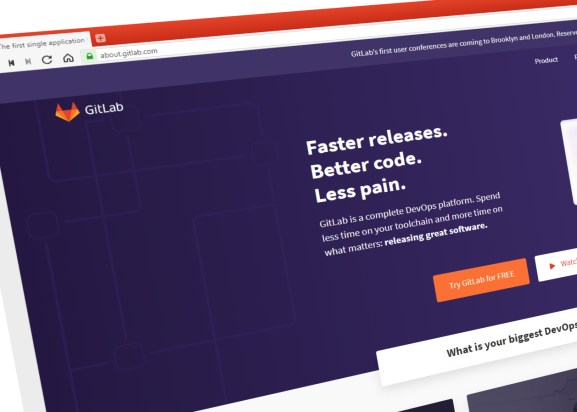 DevOps powerhouse GitLab has raised $268 million in a series E round of funding led by Goldman Sachs and Iconiq Capital, with participation from both new and existing investors including Y Combinator Continuity Fund, in what is likely to be the company’s final fundraising effort before going public next year.

Additionally, GitLab said it is now valued at $2.7 billion, well over double the valuation from its $100 million series D round last year.

With every company now effectively becoming a software company, we’ve seen some sizable investments and acquisitions in the developer operations (DevOps) space of late. Tools that enable developers to test their apps across platforms, conduct AI-powered code reviews, distribute new software releases, and even reward white-hat hackers for finding bugs, are capturing investors’ attention. Code-hosting and collaboration platforms are also high on the agenda, which goes some way toward explaining why Microsoft shelled out $7.5 billion for GitHub last year.

The global DevOps market was pegged at $3 billion in 2017, according to a Markets and Markets report, a figure that’s expected to jump to more than $10 billion by 2023. Against this backdrop, GitLab has now added a slew of big-name investors, including Blackrock, Franklin Templeton, Tiger Management, Light Street Capital, Alkeon Capital, Adage Capital Management, Altimeter Capital, Capital Group, Two Sigma Investments, Coatue Management, and D1 Capital Partners.

GitLab, for the uninitiated, is similar to GitHub in many regards, as it also offers code-hosting repositories that allow developer teams to work together on shared projects. But GitLab has been turbocharging its broader push into the developer workflow, covering all facets of development, deployment, security, and monitoring. GitLab, in its own words, wants to be recognized as a “complete DevOps platform.” 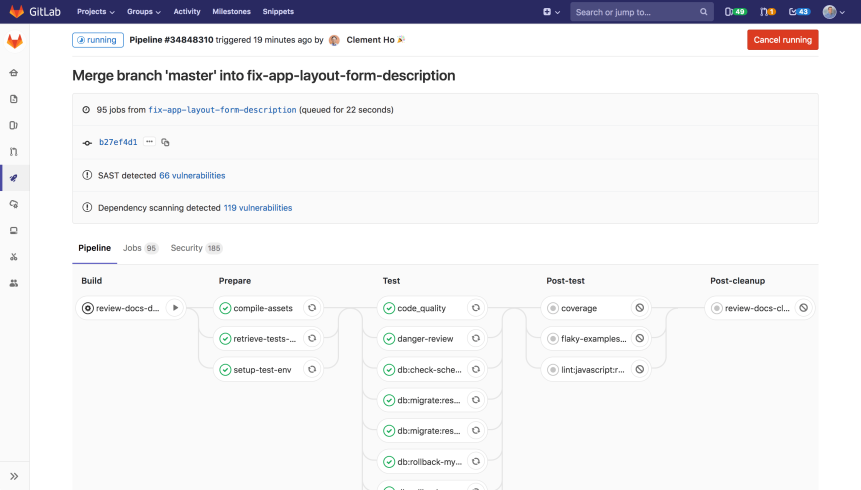 However, with so much competition specializing in specific DevOps categories, landing best in class across each of them won’t be easy — which is partly where GitLab’s latest funding round comes into play.

“We believe our single application provides the best end-user experience,” GitLab chief revenue officer Michael McBride told VentureBeat. “While GitLab is certainly the most complete DevOps platform, we’re still working to also become ‘best in class’ in each software development category that we offer within that platform — from monitoring to planning to security, and so on. In the last year we’ve focused on deploying more security features that make it easier for our enterprise customers to integrate security earlier and more seamlessly into the development life cycle.”

GitLab had previously raised around $158 million, and with another $268 million in the bank it plans to develop its platform and make more hires across product, marketing, and sales.

“This funding will help us to further invest in the product to advance our security, monitoring, and other capabilities to also be the best available in the industry,” McBride added.

Having more than doubled its headcount to over 800 people globally in the past nine months, GitLab shows no signs of slowing down — the company said it has 222 job openings at the time of writing, and true to form all of these are remote positions.

A number of high-profile companies have embraced remote working, including payments giant Stripe and WordPress.com developer Automattic. This is a model GitLab has taken to the next level — it has no physical offices. While it’s easier to manage a smaller distributed workforce, problems can arise when scaling to the size GitLab has over the past year — but McBride indicated that the company hasn’t encountered any major problems.

“It is a significant business advantage, and we firmly believe that maintaining a remote workforce helps us hire and retain the best talent, instead of being constrained by finding talent located in select cities,” he said. “Having a fully transparent and collaborative workforce makes it easier to lead a fully remote culture, when everyone has the same access to shared resources. We have worked hard to build a strong and engaged culture while benefiting from the unique advantages of our remote model. We can hire the best person for each role and hire them wherever they are.”

GitLab has made no secret of its desire to go public and has in fact been very specific about the timing of its IPO: Wednesday, November 18, 2020 — a timescale it revealed four years ago. “In 2015, we set a goal to become a public company in 2020,” McBride continued. “We further refined our target date to be November 18, 2020, and so far we are on target to hit our goal.”

The company added that this will probably be its last funding announcement before its planned IPO next year.

“We don’t anticipate additional funding needs before our target IPO date,” McBride said. “This funding will help us to further invest in the product to advance our security, monitoring, and other capabilities to also be the best available in the industry.”