This is the 20th anniversary of Meeker’s first report. You can view today’s presentation in its entirety here or via the embed at the bottom of this story.

As usual, this report is quite broad and covers some obvious trends. Keep that in mind as it jumps from one topic to the next. Now, let’s dive in.

Who uses the Internet? 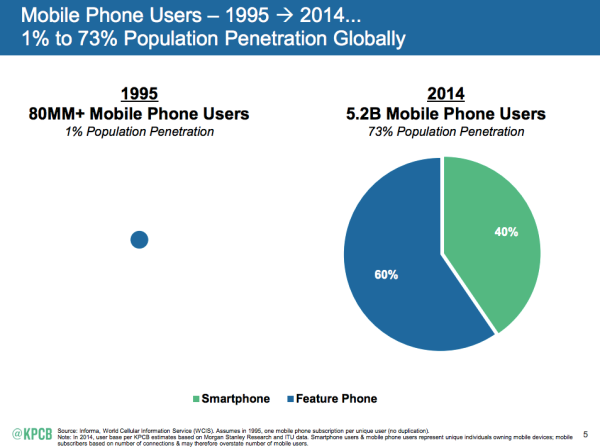 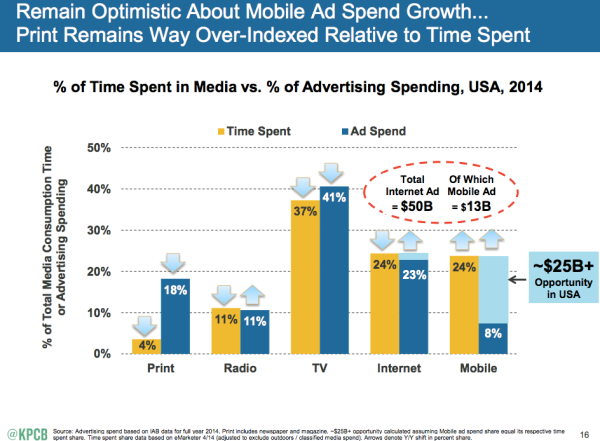 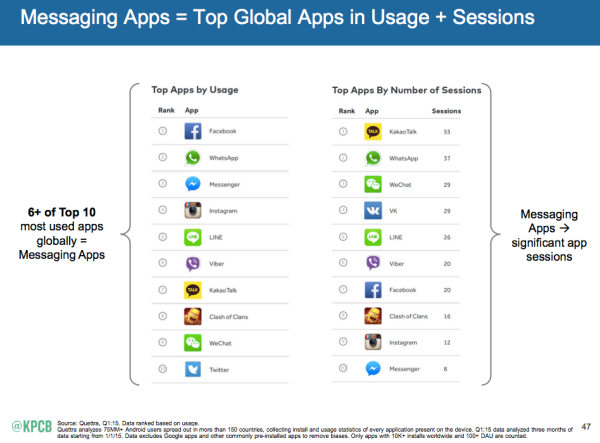 Moving on, Meeker noted the increasingly on-demand nature of the technology industry. “Consumers increasingly expect that they can get what they want when they want it. … This fundamentally changes the underpinnings of business,” Meeker said. 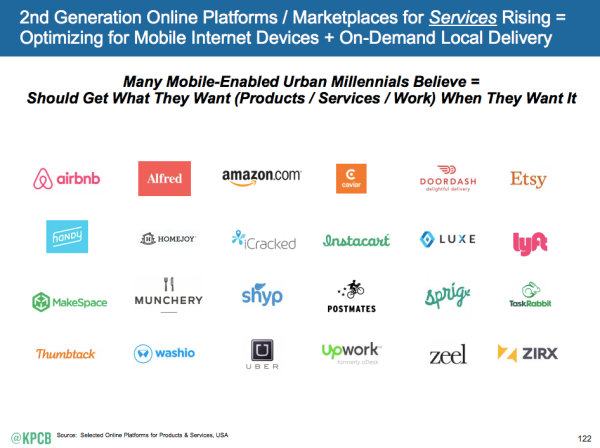 Regulatory focus on online marketplaces like Airbnb, Uber, and Lyft is “evolving,” said Meeker. “We think there’s a shift going on here, where consumers are ‘voting’ by choosing to use these products.” 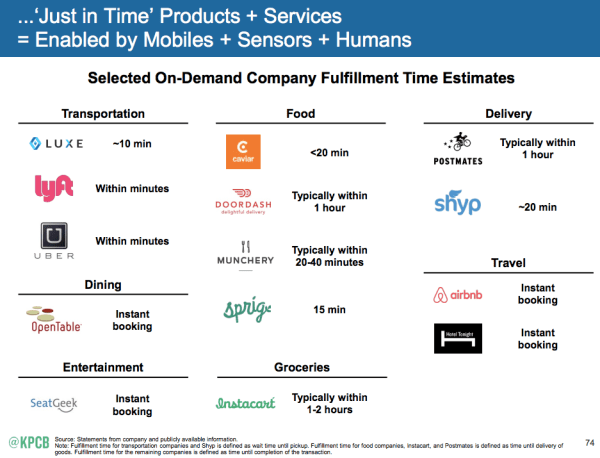 “Diversity matters. It’s just good business. … The best decisions are often made by diverse groups of people,” she said.

For more context on this year’s report, check out our coverage of past Meeker Internet Trends reports for 2014, 2013, and 2012. You can also view the entire 2015 report below.