Point-of-sale (POS) technology might not be the sexiest of sectors, but it is a vital cog in the commercial wheel for the restaurant and retail industries. And that is why venture capitalists (VCs) and Wall Street have a certain affinity for POS startups.

After raising nearly $600 million in VC cash, Jack Dorsey’s Square went public in 2015 at an IPO price of $9, and today its shares are trading at more than 700 percent over that. Elsewhere, Montréal-based Lightspeed POS went public last month after raising nearly $300 million, while New York’s TouchBistro has raised north of $100 million, including a $70 million tranche last summer. Meanwhile, the mighty PayPal is currently in the process of pushing through its $2.2 billion acquisition of European POS startup iZettle.

And it’s against that backdrop that Boston-based Toast today announced a chunky $250 million series E round of funding led by TCV and Tiger Global Management, with participation from most of its existing investors which include Bessemer Venture Partners. Alphabet’s GV, which had invested in several previous rounds, didn’t invest this time around.

Following its $115 million cash injection less than a year ago, this takes Toast’s total money raised to $500 million since its inception in 2011, and increases its valuation to $2.7 billion.

As with the likes of Square, Lightspeed POS, and TouchBistro, Toast is much more than a simple POS technology provider: it’s essentially a one-stop shop restaurant management platform, spanning front-of-house, back-of-house, online, and customer loyalty programs. It also serves up data and analytics covering trends such as sales patterns. 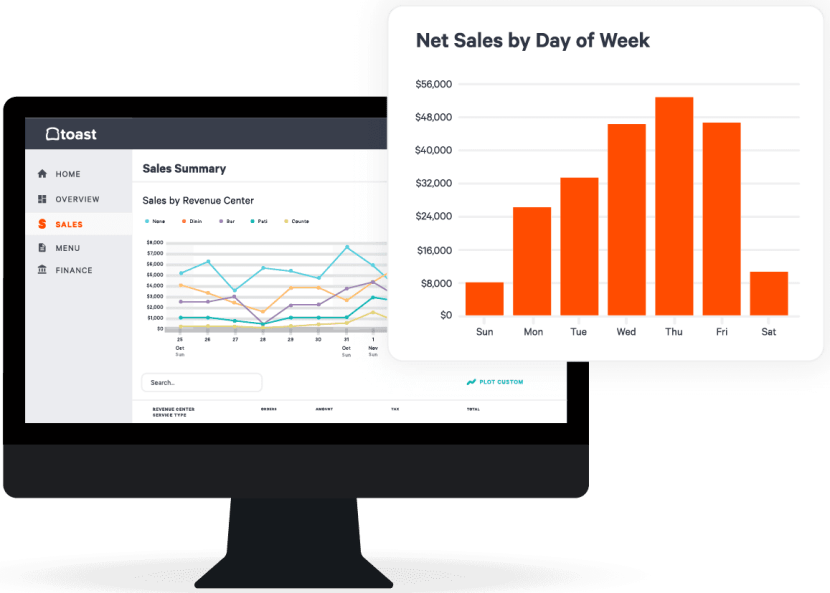 With an extra $250 million in the bank, Toast said that it’s well-financed to invest heavily in research and development (R&D) to “solve some of the industry’s most pressing issues,” as well as expand its team. In fact, the company said that it plans to invest more than $1 billion in R&D, over the next five years, to further develop its software and hardware for the restaurant industry. A spokesperson said that its revenue increased 148 percent in 2018, though declined to give specific numbers.

“Last year we celebrated the five year anniversary of our first Toast customer, Barismo,” noted Toast CEO Chris Comparato. “Now with tens of thousands of restaurants powered by Toast – and nearly 1,500 employees serving our community — it’s impressive to see how far we’ve come. At our core, we believe every restaurant should benefit from the massive investment we continue to make in restaurant technology.”

The elephant in the room here, of course, is whether or not Toast will soon follow Lightspeed POS into the public markets — it certainly appears to be of that scale. A spokesperson told VentureBeat that while this is something they will likely eventually pursue, it’s not something that is on their near-term roadmap.

“Though we are approaching the scale where many software companies choose to IPO, we are laser-focused on building a large, sustainable platform and community that provides a world-class experience for our customers as well as a great place for our employees to come and build a career,” they said. “There are many ways to finance a business with this much momentum, and an IPO is certainly something we will consider as one of those options as time goes on.”

Certainly, TCV — the growth equity firm that co-led Toast’s Series E round — has a long list of high-profile portfolio companies that went public, or are getting ready to go public. These include: Netflix, Facebook, Spotify, Airbnb, Twilio, and LinkedIn. In other words, Toasts is in good company.

“At TCV, we invest in companies that have the potential to reshape entire industries,” said TCV general partner David Yuan, who now joins Toast’s board of directors. “By providing restaurants of all sizes with access to innovative technology, Toast is leveling the playing field and leading the industry’s transition to the cloud.”