Back in 2010, Patrick and John Collison cofounded Stripe, which quickly gained a following thanks to how easily it let developers integrate a payment system with a few lines of code, something that financial tech giants like PayPal lacked at the time. More than seven years later, the Y Combinator alumnus has matured; its mission of helping developers process online payments has moved beyond transactions to tackle an even more important problem for entrepreneurs: setting up an online business.

Modernizing the internet for commerce

The internet has long had an “infrastructural deficiency,” according to Stripe’s chief business officer, Billy Alvarado. While businesses long to establish themselves online, optimizing the experience has been difficult. “The original architects of the internet knew that commerce needed to be woven into its fabric, but, for whichever reason, [they] didn’t quite get around to implementing it. What resulted was that — almost 30 years into the web — people were confronted with dated finance industry tools and legacy infrastructure, an economic system that simply wasn’t native to the internet.”

“It took more than 20 years for ecommerce to become a $2 trillion global industry,” Alvarado explained. “In the next three years, that’s expected to double to $4 trillion. At the same time, the cost of starting an online business has dropped three orders of magnitude, while the amount of time it takes to expand internationally has halved… As more people come online and smartphones become widely accessible, the opportunity to create more businesses, increase economic activity, and ultimately create more jobs also grows exponentially.”

Accepting online payments may seem simple now, but the process involves many complications, such as numerous payment methods, off-site redirects, checkout flows, international sales requirements, multiple languages, and the myriad rules within each country. All of this can be a headache for any fledgling business owner — it’s tough enough planning a brick-and-mortar operation, but scaling it to the global arena comes with an excessive amount of stress.

It’s easy to imagine that a large part of Stripe’s customer base comes from Silicon Valley, but Alvarado said that nearly half of all its U.S. merchants are businesses based in the Midwest and the South, and it has a large number of international users. “Tithely, a global platform for churches based in Nashville, Tennessee, used Stripe Connect to expand into Hong Kong, Singapore, New Zealand, and the United Kingdom, in a matter of months,” he shared. “There’s a misplaced belief that innovation in the U.S. is concentrated along the coasts.”

While traditional tech companies are quicker to adopt new technologies, the question is how Stripe can reach out to the mainstream business users — those in the Heartland. 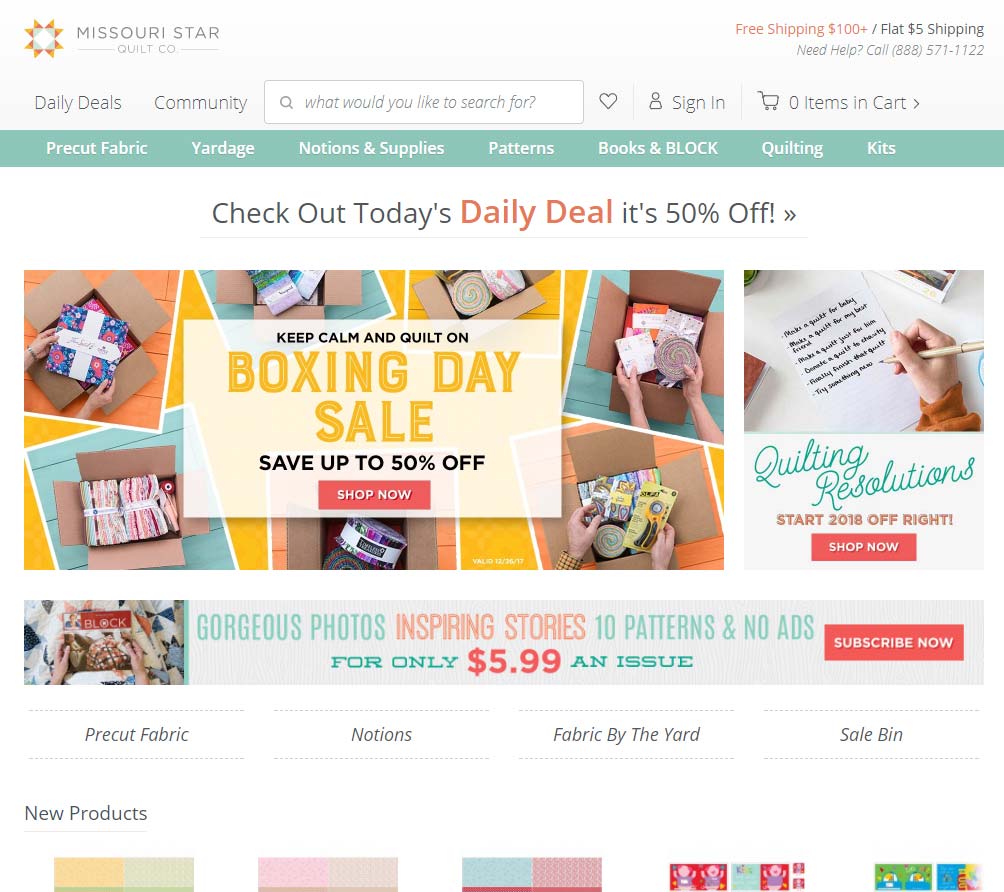 Above: The Missouri Star Quilt Company is using Stripe to transform its brick-and-mortar business into a multimillion-dollar online business that’s saving the small town it’s in.

Alvarado responded by citing the Missouri Star Quilt Company as an example, explaining that this brick-and-mortar store has used online commerce to “revive its local economy.”

“What started as a quilting supplies store in… Hamilton, Missouri, has grown into an Amazon for Quilting,” he said. “About 90 percent of its multimillion-dollar business is now online, and it uses Stripe to sell to quilting aficionados all over the world. It’s now the largest employer in Caldwell County, with hundreds of employees, physical stores, and even restaurants.”

This echoes what we’ve heard from others in the financial technology space over the years. Square, one of Stripe’s key competitors in certain spaces, has also been touting ways its offerings can boost economies and improve the odds for small businesses.

Summing up Stripe’s position, Alvarado said: “Stripe’s mission is to fix this incomplete part of the internet’s tooling, to build the economic infrastructure for the internet. We’re building the tools, APIs, and the platform to help businesses accept payments, and for new kinds of companies to build previously impossible products and services at internet scale — the kinds of things that you couldn’t do 10 years ago.”

While he didn’t disagree with those who describe Stripe as a payment processing service, Alvarado stressed that there’s much more to the company, including a suite of software and tools to help start and operate an online business.

We’re told that Stripe only dedicates 10 percent of its documentation to payments. The majority of the company’s focus is on things businesses will have to deal with when “operating at scale,” including security, managing compliance, identity verification, anti-money laundering tools, and more.

In fact, Stripe would rather be considered the Amazon Web Services (AWS) of the financial tech space than a traditional payment processor. Just as AWS has become the technological source for everything companies need to get up and running, Stripe wants to be a major player in the commerce space.

At the GeekWire Summit in October, cofounder John Collison offered a bit more commentary on this aspiration, saying Stripe wants to give companies basic but “extremely useful services” to start with, and build from there.

The company’s Atlas product is perhaps its most alluring offering for business owners outside of the United States, and it could prove the foundational product that Stripe needs to truly stake its claim. Launched nearly two years ago, the service helps businesses based internationally incorporate in the U.S. Today, “thousands of founders” across 130 countries, including the U.S., have signed up for the service.

Stripe CEO Patrick Collison accompanied Barack Obama on his historic visit to Cuba in 2016, when the president became the first U.S. head of state to visit the country in 88 years. In conjunction with the trip, and perhaps as a symbol of warming relationships between the U.S. and Cuba, the company announced that Stripe Atlas would be available to Cuban entrepreneurs, giving them access to a U.S. bank account and making it possible for them to establish a business entity in the country. Although this was a historic moment for the company, the United States’ changing policy over Cuba could impact Stripe’s support. 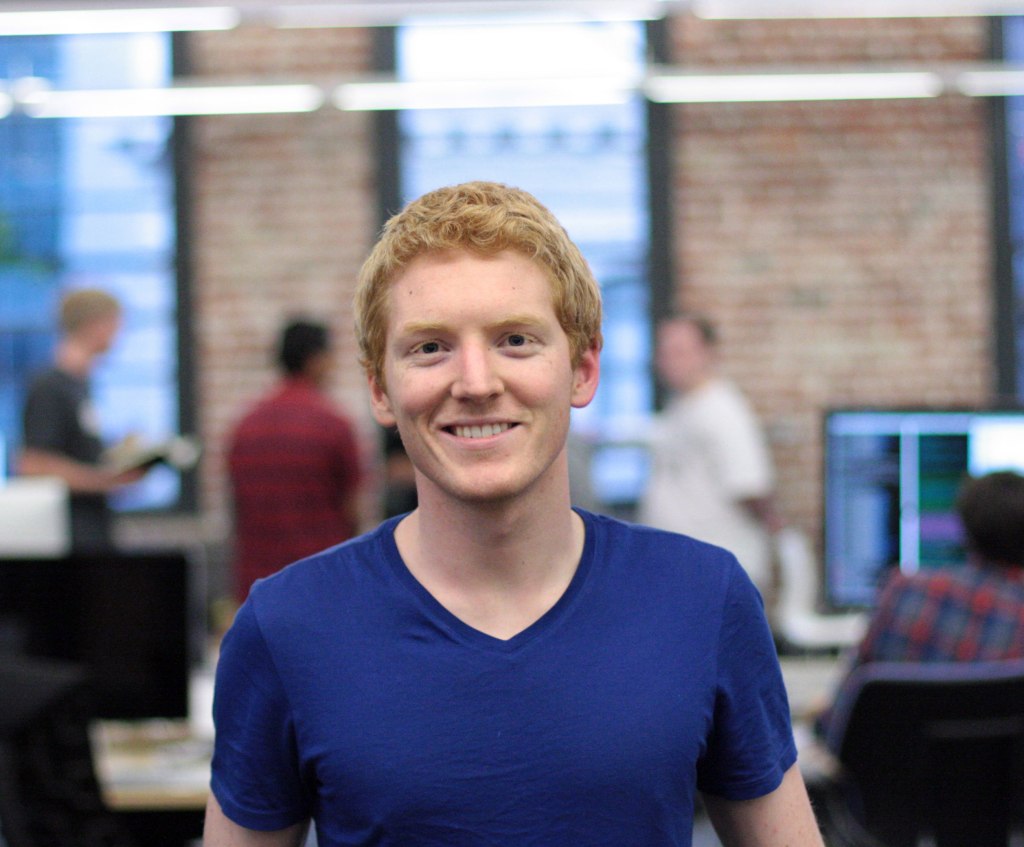 Perhaps a notable sign of Atlas’ prominence in Stripe’s arsenal is the hiring earlier this year of Sarah Heck, who previously led the global entrepreneurship outreach efforts for the Obama Administration. 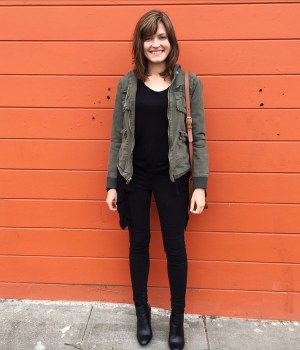 Stripe has also expanded into adjacent areas that businesses might find necessary as they establish themselves not only online, but also globally. In the past few years, it has acquired several startups, including onboarding, payments, and 1099 compliance service Payable, the developer toolkit formerly known as Tonic (since rebranded to RunKit), and entrepreneur resource site IndieHacker.

It has also enlisted the help of Susan Fowler, the former engineer at Uber whose blog post toppled the CEO reign of Travis Kalanick. She’s now overseeing the production of an engineering publication called Increment to share tips and advice on building software systems at scale.

While there are obvious integrations the aforementioned startups can make within Stripe’s products, they’re helping the company capitalize on areas that entrepreneurs will likely come across when doing business, such as building mobile apps, managing their employees and independent contractors, and looking for advice and resources on how to be a better business owner.

The desire to mimic AWS’ success specifically in the commerce space should probably be viewed with some skepticism for now, especially since it’s unclear whether developers and business owners are really viewing the company as the de facto source for all their ecommerce needs. The marketplace is cluttered with many players, not to mention firms like Square, PayPal, Clover, and Shopify. However, Stripe has many of the building blocks it needs to move forward to meet this ambitious goal.

“While our product stack has deepened to meet the needs of this new generation of businesses, our mission remains the same: We want to reduce the barriers to starting and operating a business, regardless of location, and accelerate the internet economy,” Alvarado explained. 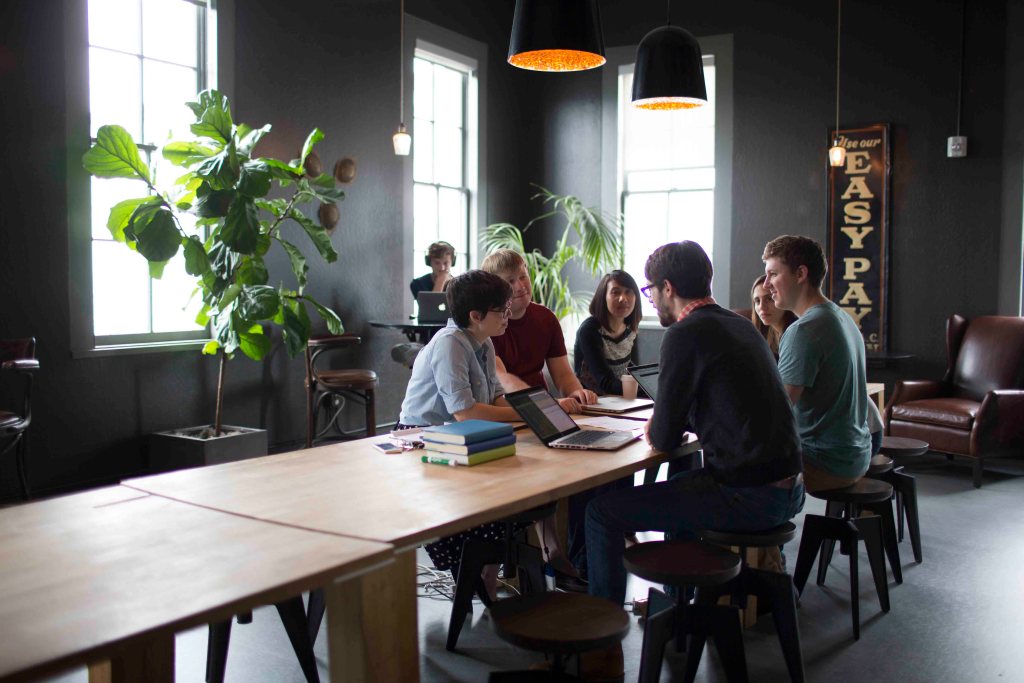 For nearly eight years, Stripe has been pushing to reshape how companies conduct business on the internet. We asked if Alvarado’s team noticed any trends over the time period.

“The internet has given rise to new business models that are highly complex to operate at scale,” he said. “Think of multi-sided marketplaces that connect buyers and sellers, or SaaS companies that have to manage several subscription plans at once.”

Alvarado claimed businesses adopt Stripe because they don’t just need help with processing payments, but want someone with expertise in the infrastructure and technology to power these complex systems.

Developers may be in high demand, but their time is limited. So companies have to be cognizant about optimizing their usage — will their time be devoted to maintenance work (what Alvarado described as “technical debt”) or the core product?

“Developers today expect to use tools built to maximize their leverage. With online documentation and cloud-based technology, the standard is to spin up new servers or tools within minutes,” he said. “Stripe has always put the needs of developers first. This philosophy has heavily shaped our approach to developer tooling… We’re always asking ourselves: How can we enable developers to build better products for their users, faster? How can we help our users get the most value out of the limited developer resources they have available?”

Alvarado’s third observation is perhaps not a unique one — startups eventually look to go up-market, targeting larger companies as potential customers, while those in the enterprise envy the agility of startups and seek to move just as fast.

In Stripe’s case, “we’re placing more focus on how we can become a revenue engine for our users’ businesses, creating value not just for developers, but for their finance and accounting teams. This isn’t only pushing us upstream, but up the stack too.” 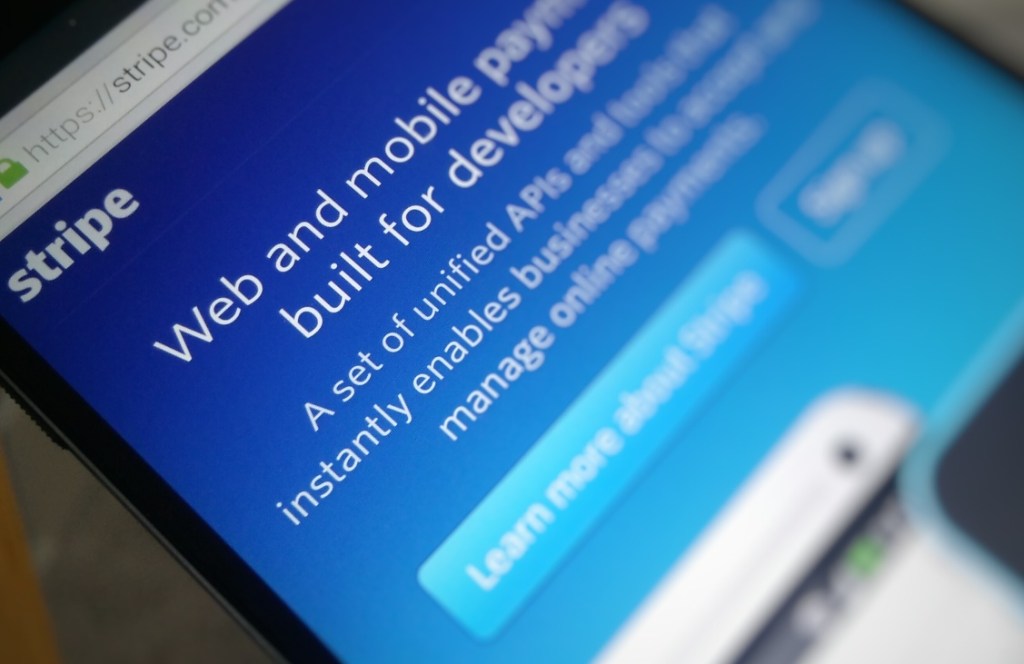 Amid all of the movement Stripe has made, it’s far from satisfied with its progress. “We’ve yet to fully realize the internet’s potential as an economic platform,” Alvarado remarked. “Stripe wants to change that. That entails building the tools, the partnerships, and the infrastructure that will lower barriers to entry for upstarts, and accelerate the next wave of great technology companies.”

He didn’t mention an initial public offering, but based on comments Patrick Collison made last spring, we shouldn’t expect one anytime soon. But there’s likely great interest should Stripe look to public money (it’s raised $440 million to date and is valued at $9.2 billion). Still, that AWS dream has yet to be realized.

While competitors PayPal and Square have moved into dispensing capital to business customers, Stripe isn’t interested. Instead, Alvarado said that Stripe will focus on helping users “scale and be more successful” and suggested that no matter what businesses need, his company will develop the tools and technology needed to “keep them ahead of the curve.”

“We want to help startups innovate as fast as they can write code, and help established businesses get the reliability they expect out of a financial partner while still innovating at the speed of software,” he stated. “We’ve been chipping away at this challenge for over seven years, but when we step back and look at the bigger picture, Stripe is really only just getting started.”