Harvest Hosts has raised $37 million in funding for its membership program that lets RV campers stay overnight in wineries and other cool places.

Stripes led the investment in the Vail, Colorado-based company, which has seen a surge during the pandemic as more people take vacations using big recreational vehicles (RVs).

For a membership fee of about $80 a year, Harvest Hosts promises travelers safe, one-of-a-kind overnight experiences while supporting small businesses such as wineries, breweries, farms, golf courses, museums, and other attractions in North America, CEO Joel Holland said in an interview with VentureBeat.

Harvest Hosts has a network of over 1,900 locations where people can stay at no charge. The travelers are encouraged to spend money at these locations, which range from a lavender farm to a skydiving center. It’s a new kind of camping experience, Holland said. In 2020, Harvest Hosts’ members doubled, and tother they spent over $25 million in places they visited.

As the RV industry continues to boom, RVers need great places to stay. According to the RV Industry Association, 46 million people in the U.S. plan to take an RV trip in the next 12 months. In an effort to alleviate the growing camping inventory problem, Harvest Hosts is partnering with thousands of small businesses across North America to provide RVers with alternative overnight experiences while helping fuel the economy and keep small businesses afloat. 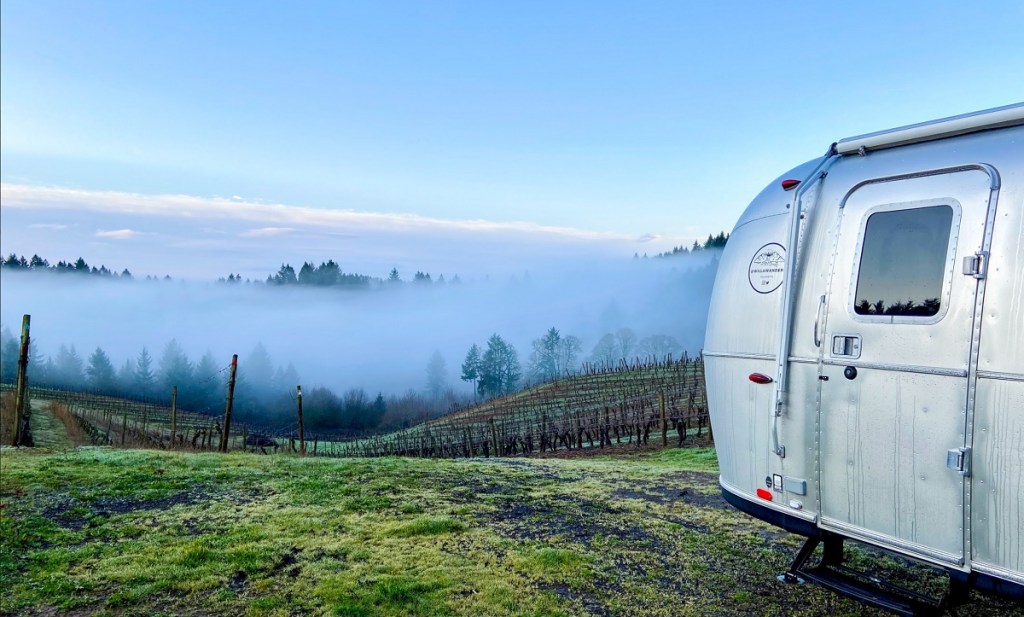 Above: Harvest Hosts members can stay free of charge at cool locations.

Stripes partner Chris Carey said in a statement that his firm surveyed thousands of RVers and dozens of hosts to learn about the experiences, and the feedback was overwhelmingly positive.

Harvest Hosts will use the money to acquire more hosts and users by advertising on platforms like Facebook. Holland said the company was growing quickly before the pandemic until everything went on hold last March. But Holland stayed the course.

“Our hypothesis was travel is a basic human necessity,” he said. “People are going to travel, but not on airplanes and not international.”

Business doubled in the last eight months of the year. For the months of January and February, business was up 400%.

How it got started

Above: Harvest Hosts has locations like farms and wineries where campers can stay.

The company was started in 2010 by Don and Kim Greene, a couple in Arizona who built an initial network of 600 places for people to visit. Holland, a tech entrepreneur who sold his firm Storyblocks, had a similar idea and found them when he was doing his research. He bought the company from them, merged it with another company, RV Golf, and began fleshing out the network.

“It was built on a WordPress website, with no apps, no marketing or advertising,” Holland said. “And that’s why I was excited about it. I thought the concept was amazing. And more people needed it.”

Holland recruited some of his friends and used the same playbook that he had for growing Storyblocks. At first, he found the concept hard to explain to possible hosts. But the average participating winery now makes an extra $13,000 a year from the RV members directly.

“It’s really simple … if you’re looking for more customers and really friendly people,” Holland said. “Most of our hosts stick around for years because it’s a two-way street.”

The company now has 15 people and operates entirely online.

The requirement for being a host is having a beautiful place to stay, Holland said. There’s an underground salt museum in Kansas and the world’s largest train yard in Nebraska. The RV campers are self-contained, with power, water, and sewer amenities.

“It’s a way to get away from the campground for a day and change it up,” Holland said. “This movement was already happening before the pandemic. It’s also a movement that gets back to supporting local, buying organic. People are falling back in love with exploring their own backyard and seeing all the national parks and state parks in cool small towns.”