Pluribus Networks, an open networking and software-defined networking (SDN) startup, today announced that it raised $20 million in a funding round led by Morgan Stanley Expansion Capital. The company says the proceeds will be used to bolster R&D for multiple new product initiatives, along with sales and marketing resources.

“The new funding will be used to bolster R&D for multiple product initiatives and support increased sales and marketing resources, enabling Pluribus to expand into adjacent markets as well as address the broadest set of use cases and customers,” Pluribus president Kumar Srikantan told VentureBeat via email. “Pluribus’ annual revenue is in the double-digit millions from a mix of traditional software and annual recurring revenue, with accelerating double-digit growth rates and a ‘best in class’ gross margin profile well north of 80%.”

SDN technology is an approach to network management that enables dynamic, programmatic configuration to improve performance, auditing, and monitoring, making it more like cloud computing. In 2020, the global SDN market reached $8 billion U.S., according to Statista. And in a recent survey, 77% of respondents said that their organizations are at some level of participation with SDN technologies within their datacenters. 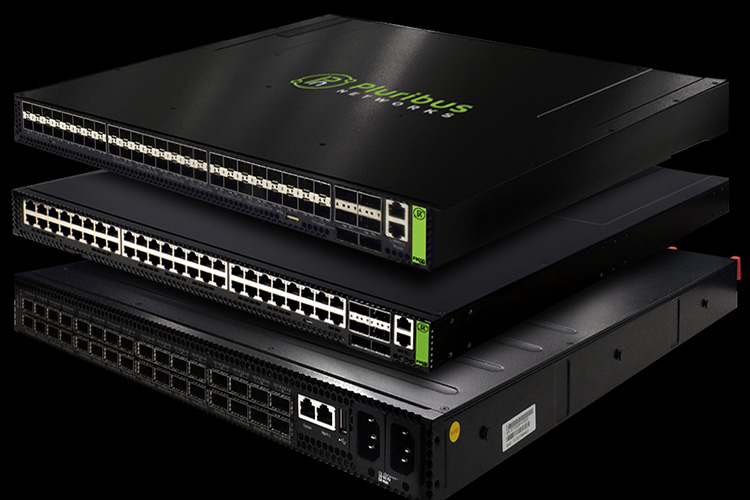 Pluribus offers network solutions based on the principles of disaggregation and “controller-less” automation. The company’s software leverages white-box switches including Pluribus’ own to deliver a network fabric across datacenter sites that support distributed cloud services with visibility and security.

Pluribus was launched in 2010 by Sunay Tripathi, Robert Drost, and C.K. Ken Yang, three former Stanford computer science classmates. They started the company with backing from Jerry Yang, the Taiwanese-American billionaire who cofounded Yahoo! in 1994.

“The founding team’s vision was to disrupt traditional datacenter networking by bringing the power of programmability and virtualization into the world of networking,” Srikantan said. “Pluribus now has a footprint across all continents and is deployed in mission-critical datacenter networks by more than 300 customers worldwide.”

According to Gartner, SDN will enable enterprises to create a more agile and flexible communications infrastructure. While investments four years ago were exploratory, today competitive pressure is creating an urgency to operationalize and monetize SDN. Longitude reports that the top reasons companies adopt SDNs are increased network security, app performance, the need for greater network scale, network resilience, and faster service deployment to lines of business.

“While enterprises are moving some workloads to public cloud, they are also increasing their number of datacenter sites and deploying high-availability architectures,” Srikantan added. “They ultimately have a goal of bringing the agility and availability of public cloud into their on-prem datacenters: public cloud ease of use with on-prem performance, security, and cost savings. The biggest challenge for enterprise datacenters is not compute or storage, then — it is the network.”

Pluribus claims its products are deployed by over 350 customers, including more than 100 tier 1 mobile network operators, in mission-critical networks around the globe. That’s despite competition from incumbents like Cisco, Juniper, and HP, which have beefed up their SDN offerings in recent years by purchasing startups including ConteXtream, BTI Systems, and Tail-f.

“[Our] competitors deliver complex, legacy networking solutions which require box-by-box configuration for every new network service that needs to be deployed. Many datacenters have tens or hundreds of switches, so this manual process can be very time-consuming and error prone,” Srikantan said. “Aside from the workflow and communications impacts that have affected organizations worldwide, the most meaningful impact of the pandemic for our sector continues to the global chip shortage. To date, Pluribus has navigated our supply chain well, and we have been able to satisfy all customer needs, but it has taken some hard work from our operations team.”

Currently, Pluribus has about 120 full-time employees with anchor sites in Bangalore, India and San Jose, California. The company is expecting to increase fulltime headcount by around 10% by 2022.