PsiQuantum and Globalfoundries have teamed up to manufacture the chips that will become part of the Q1 quantum computer.

Palo Alto, California-based PsiQuantum has plans to create a million-qubit quantum computer. Globalfoundries is a major chipmaker that will manufacture the silicon photonic and electronic chips that are part of the Q1.

The system they’re working on now is the first milestone in PsiQuantum’s roadmap to deliver a commercially viable quantum computer with 1 million qubits (the basic unit of quantum information) and beyond. PsiQuantum believes silicon photonics, or combining optics with silicon chips, is the only way to scale beyond 1 million qubits and deliver an error-corrected, fault-tolerant, general-purpose quantum computer. PsiQuantum wants to deliver quantum capabilities that drive advances with customers and partners across climate, health care, finance, energy, agriculture, transportation, and communications.

PsiQuantum and GF have now demonstrated a world-first ability to manufacture core quantum components, such as single-photon sources and single-photon detectors, with precision and in volume, using the standard manufacturing processes of GF’s world-leading semiconductor fab. The companies have also installed proprietary production and manufacturing equipment in two of Globalfoundries’ 300-millimeter factories to produce thousands of Q1 silicon photonic chips at its facility in upstate New York and state-of-the-art electronic control chips at its Fab 1 facility in Dresden, Germany. 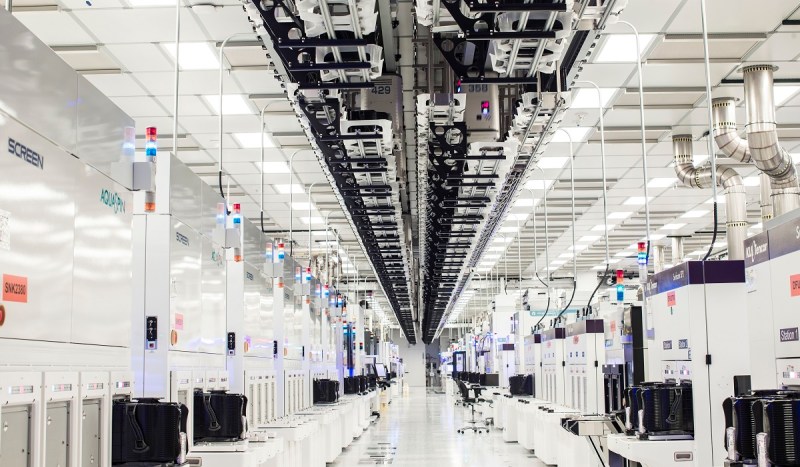 Above: A Globalfoundries cleanroom.

PsiQuantum’s Q1 system represents breakthroughs in silicon photonics, which the company believes is the only way to scale to a million or more qubits to deliver an error-corrected, fault-tolerant, general-purpose quantum computer.

The Q1 system is the result of five years of development at PsiQuantum by the world’s foremost experts in photonic quantum computing. The team made it their mission to bring the world-changing benefits of quantum computing to reality, based on two fundamental understandings. “Globalfoundries is fast becoming a leader in silicon photonics,” Moor Insights & Strategy analyst Patrick Moorhead said in an email to VentureBeat. “Its announcement with PsiQuantum now adds quantum computing to its SiPho repertoire of datacenter and chip-level connectivity.”

First, it focused on a quantum computer capable of performing otherwise impossible calculations requiring a million physical qubits. Second, it leveraged more than 50 years and trillions of dollars invested in the semiconductor industry as the path to creating a commercially viable quantum computer.

Globalfoundries’ Amir Faintuch said in a statement that we have experienced a decade of technological change in the past year and that the digital transformation and explosion of data now requires quantum computing to accelerate a compute renaissance.

Plans to assemble a final machine

Globalfoundries’ silicon photonics manufacturing platform enables PsiQuantum to develop quantum chips that can be measured and tested for long-term performance reliability. This is critical to the ability to execute quantum algorithms, which require millions or billions of gate operations. PsiQuantum is collaborating with researchers, scientists, and developers at leading companies to explore and test quantum use cases across a range of industries, including energy, health care, finance, agriculture, transportation, and communications.

Pete Shadbolt, chief strategy officer at PsiQuantum, said in a statement that this is a major achievement for both the quantum and semiconductor industries, demonstrating that it’s possible to build the critical components of a quantum computer on a silicon chip, using standard manufacturing processes. He said PsiQuantum knew that scaling the system was key. By the middle of the decade, PsiQuantum and Globalfoundries hope to create all the manufacturing lines and processes needed to begin assembling a final machine.

PsiQuantum and Globalfoundries want to play a critical role in ensuring the United States becomes a global leader in quantum computing, supported by a secure, domestic supply chain.