At its Made by Google hardware event today, Google hardware chief Rick Osterloh announced that the company has sold 55 million Chromecasts, the company’s cheap streaming dongles that let you send music, photos, and videos from your phone to a TV or an external speaker. Google had previously shared it had sold 25 million devices in May 2016 and 30 million in July 2016.

But it’s been more than a year now, so we were due for an update. 55 million is a big milestone, and nothing to scoff at given that the first-generation Chromecast was only released in July 2013. The Chromecast 2 and Chromecast Audio followed in September 2015, and then we got the Chromecast Ultra in November 2016. 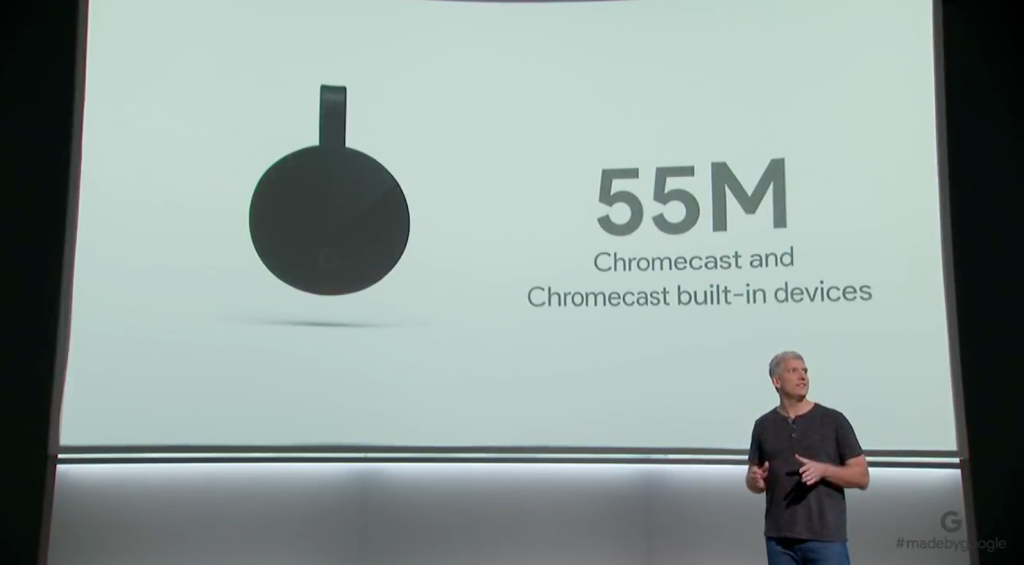 The 55 million unit milestone is a difficult number to compare as the Chromecast doesn’t really have a direct competitor. Similar offerings from Apple and Roku are pricier, while Amazon doesn’t report sales numbers for any of its products.

Osterloh today also shared that Google Wifi is the top-selling mesh router and that Google Assistant has gained 100 million new answers in the past year.

As for the Pixel, Osterloh said it also had a good year, and then made a joke about it. “I just wish we had more of them to go around,” he said. In other words, Google isn’t going to share sales numbers for its Pixels, because they’re not very good, just like the Nexus line.

Osterloh set the stage for this year’s Google hardware event by sharing some progress since the first Made by Google event. It’s telling that the only real number shared was for a product that didn’t even debut last year, but maybe that was expected.