Following an extended beta period, Google officially launched a new well-being feature for Android users yesterday, and it could prove a game-changer for anyone looking to switch off and create a healthier work-life balance.

Focus mode, as the feature is called, is part of Android’s built-in Digital Wellbeing toolset, which offers a number of features to help people manage their screen time more effectively, including app-limit timers and a “wind down” mode that encourages users to set a bedtime schedule. In a nutshell, Focus mode allows users to choose the most distracting apps on their device and “pause” them all with the toggle of a switch. For anyone who struggles to compartmentalize their app usage and is easily distracted by constant alerts, it holds the potential to be an incredibly powerful feature.

The need to switch off

A 2017 report suggested that nearly 60% of U.S. businesses allow their employees to use their personal devices for work purposes, while Samsung’s 2018 The State of Enterprise Mobility research report found that only 17% of enterprises provided their workforce with corporate mobile phones and 31% relied entirely on a bring-your-own-device (BYOD) approach. The remaining 52% adopted a hybrid ethos, where some workers received corporate devices, depending on their seniority or role.

For most people, carrying around two devices with the exact same functionality doesn’t make a lot of sense, so it’s easy to see why BYOD has caught on. One notable consequence, however, is that it has become increasingly difficult for workers to switch off once they leave the office. When they open WhatsApp to let their spouse know they’re heading home, it’s all too tempting to reply to the work email that’s just popped up in the notification bar. Google has for a while offered a work profile feature for Android Enterprise users that allows them to easily deactivate all their work apps, but for smaller businesses or self-employed workers, this is likely not an option.

Moreover, amid growing concerns about the harmful effects of smartphone and social media addiction — which may have contributed to an increase in depression and loneliness, particularly in young people — giving users better tools to control their smartphone usage is a step in the right direction.

While it’s already possible to deactivate notifications for specific apps, the time it takes to do so for each one individually (and remember to turn them all back on) means most people don’t bother. This friction is precisely what Android’s Focus mode aims to solve.

Here’s a quick overview of how it looks in its current guise.

Additionally, you can create a shortcut in the Quick Settings menu, meaning all you need to do is drag down from the top and hit the Focus mode button to turn the feature on and off. 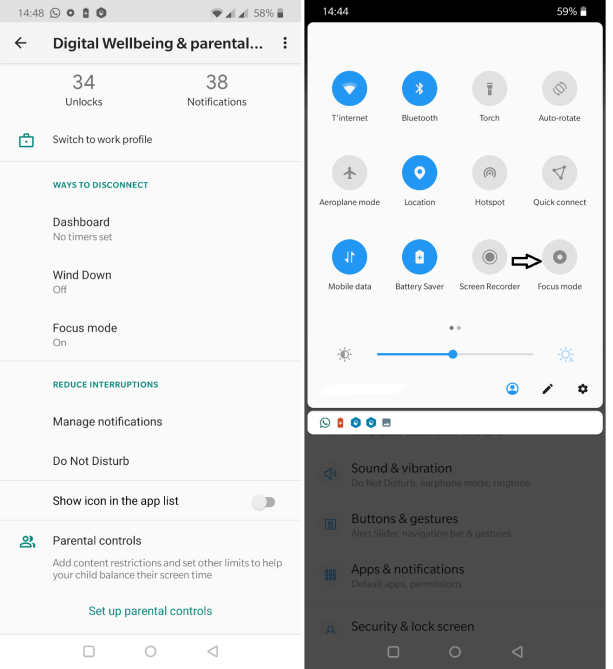 To configure Focus mode for your needs, you will need to choose which apps you consider to be the most distracting. A typical use case might be workers who want to pause notifications from Gmail, Slack, and Twitter as soon as they leave the office and then reactivate them the next morning. 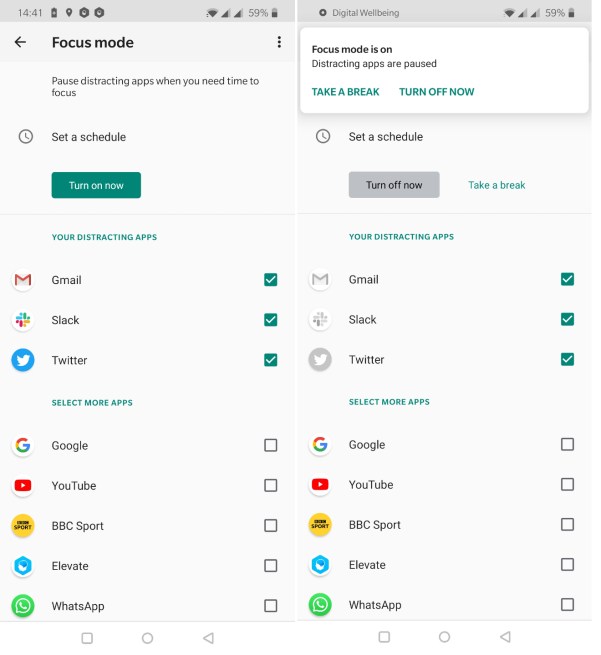 Above: Configuring Focus mode on Android

However, it is easy to deactivate Focus mode permanently by hitting Turn Off Now, or momentarily by selecting Take a Break — the latter option allows you to turn off Focus mode for 5, 15, or 30 minutes. This is actually a new feature that has been introduced for the full launch based on user feedback from the beta phase. 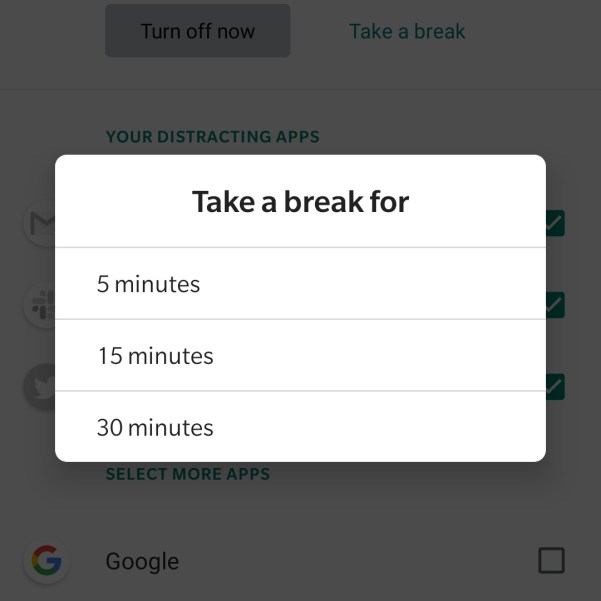 Above: Focus mode: Take a break

Any app that is actively muted will now be grayed out on your device, as you can see here with Gmail and Slack. 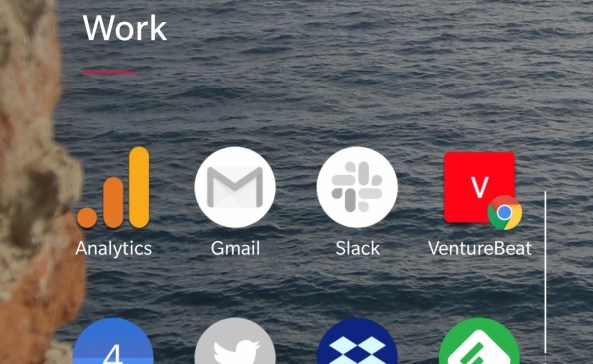 Above: Focus mode grays out apps that you’ve chosen

If you try to open one of the silenced apps, you will see the message below. You’ll notice that you won’t have to go back to the main settings to temporarily deactivate Focus mode, as the Take a Break option is baked directly into the notification. 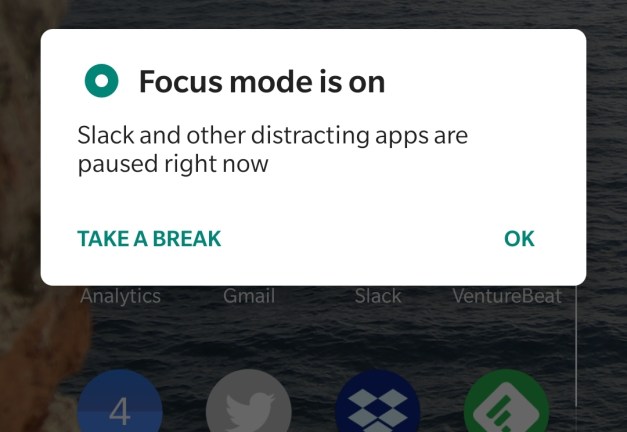 Above: Focus mode is on

Another new feature that has been introduced for the full launch of Focus mode is scheduling, which allows users to automatically activate or deactivate Focus mode for set times and days.

For example, if you want to switch off all your personal notifications during work, you can set things up so that you don’t get any WhatsApp, Instagram, Facebook, or Strava alerts between 9 a.m. and 5 p.m. on weekdays. 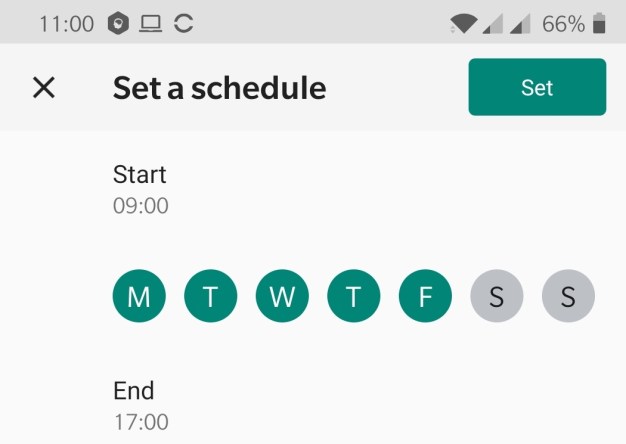 Given the handful of new features Google added to Focus mode for its full public debut yesterday, it’s clear the company is open to feedback that might improve functionality. And after I played around with Focus mode over the past day, it became clear the tool could become even better with a few enhancements.

Automation is very much the name of the game in 2019, which is why the scheduling feature is particularly welcome. However, it could be better.

For example, you can set daily schedules (e.g. 9 a.m. to 5 p.m. on Monday), but you can’t set a schedule that spans several days. So if you want to deactivate all your work apps from 5 p.m. on a Friday until 9 a.m. on a Monday, you’re out of luck. You can work around this by creating a weekend schedule that starts at midnight on the Saturday morning and finishes at 11:59 p.m., and then apply that to the Sunday too, but it still doesn’t take into account the 5 p.m. to 11:59 p.m. window on Friday. Of course, you can manually turn Focus mode off if you remember to do so. 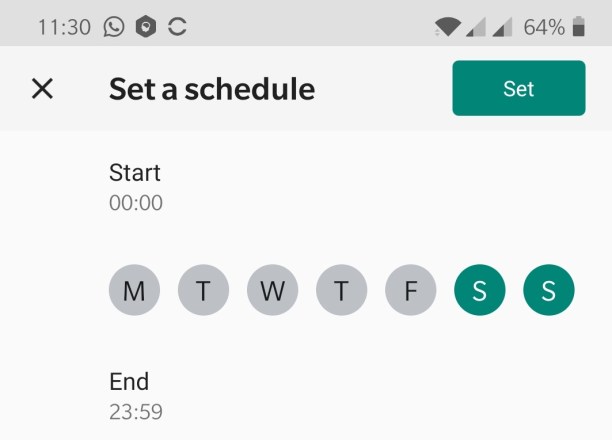 Above: Focus mode: Workaround for a weekend mode

Focus mode would really benefit from the ability to create different modes. You could custom-build a Weekend Mode stipulating the exact times and days it should be active or create multiple modes for various use cases. For example, you might want to create a Gym Mode that blocks all apps apart from Spotify and WhatsApp, or a Cycling Mode that blocks everything other than Google Maps and Strava.

Back in October, Google introduced a handful of experimental well-being apps, one of which was Morph — which provides some clues to how Focus mode could be improved in the future.

Morph is actually a launcher app that changes the look of a user’s homescreen. It helps them focus by only showing apps that are relevant to the activity they are doing at a specific moment. The user creates different modes based on times or locations and selects which apps are visible accordingly. Using GPS, the app can automatically switch to Exercise Mode when the user enters the gym, for example, or it can switch to Non-work Mode when they get home. 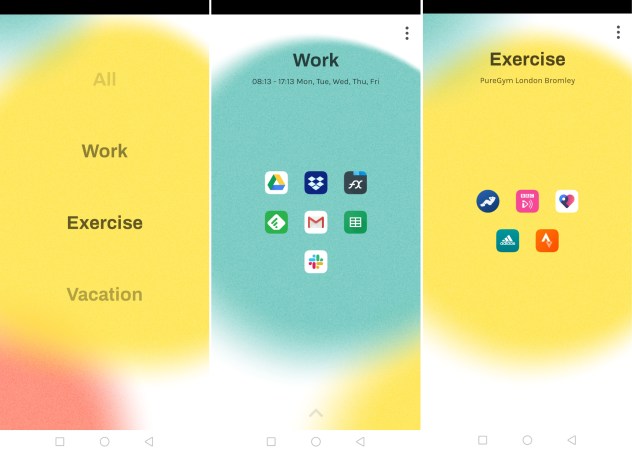 Maura Thomas, a renowned author, trainer, and speaker on productivity and work-life balance, said that in her work with some 2,000 organizations, distraction is the “single biggest barrier to meaningful, satisfying work.”

“We are constantly shifting our attention [between] trying to complete assignments and projects, tracking and responding to endless communications, and managing interruptions from colleagues and the office bustle,” she said. “Constant distraction leaves a trail of scattered thoughts and partly done tasks in its wake. It leaves us feeling overwhelmed and tired.”

Focus mode may not offer a complete remedy to that problem, but it goes some way toward addressing the issue at an individual level. The rise of minimalist phones has been a notable trend over the past couple of years, but people rely on many of the services inherent to smartphones, which makes switching to stripped-down handsets something of a challenge. Features such as Focus mode could help address the underlying issue without requiring a major commitment.

It is worth noting that Focus mode is an entirely optional feature and very easy to override, which means anyone who is truly addicted to their smartphone might not benefit much from it. The decision to minimize the constant bombardment of alerts and notifications has to come from within — but having tools to do so more easily could be a start.