Facebook’s Messenger app has taken on a life of its own ever since the social network giant made an unpopular move last year and chiselled it out from the main Facebook experience. Even though this meant friends had to use two separate apps for private messaging and general networking, Facebook Messenger uptake soared. Yes, Facebook knew what it was doing.

The Messenger experience has been tweaked and iterated in the 12 months since it went out alone — it arrived on the Web under its own brand, and it has gone some way toward killing phone numbers with Message Requests. But the biggest move, undoubtedly, was Messenger’s shift toward becoming a platform, enabling developers to build and integrate apps with Messenger.

In effect, Facebook wants Messenger to be the go-to platform for communication between friends, customers, and businesses. It will serve as a customer service channel, where you can receive booking and order confirmations and updates, and where you can request changes. There are already some big-name partners on board, including clothing retailer Everlane and, more recently, airline KLM. 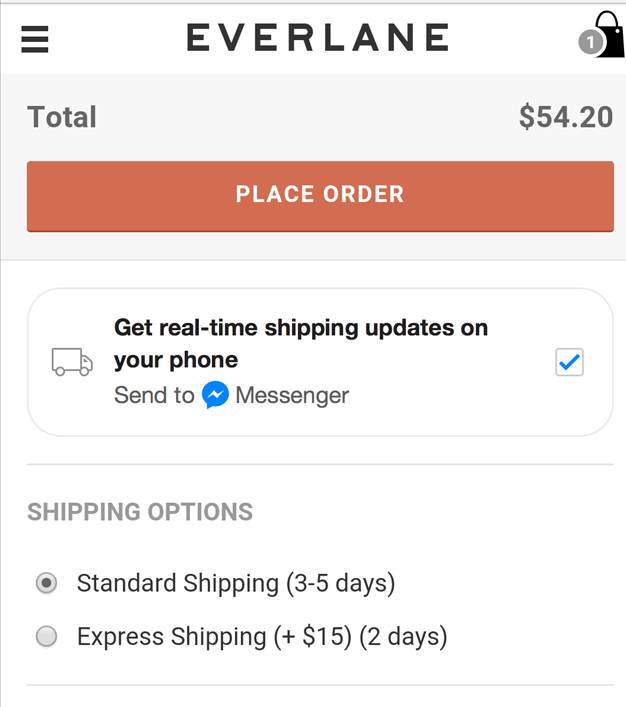 So why these services, specifically? With regard to the airline, “it’s a scenario people can relate to — when you have to change a plane ticket on the go it’s not easy to call these companies,” explained Julien Codorniou, Facebook’s global director of platform and partnerships, in an interview with VentureBeat.

It’s clear that Facebook is choosing a broad range of services that resonate with the public, drawing on customers’ frustrations with certain industries. But there are also fun services on the Messenger platform, including expression apps such as Giphy.  Codorniou reckons the appeal expands into just about every consumer industry — gaming, ecommerce, utilities, travel, and dating. “We really think there is a market for each one of these verticals,” he said.

Codorniou joined Facebook five years ago, following a six-year stint at Microsoft in Seattle. His main role is to manage the team that works directly with the mobile app developers to build out its ecosystem, covering the likes of King — a European gaming giant that was acquired for almost $6 billion this week — and French unicorn BlaBlaCar.

“What Microsoft and Facebook have in common is the ambition to build an ecosystem,” said Codorniou. “The fact that Microsoft has been a platform — Windows was the largest platform in the world — they know what it means to be in the ecosystem, make the ecosystem successful. At Facebook, there are many things we could do ourselves, we could do Facebook games, but we don’t — we work with King, we work with Zynga, as a platform. That’s the approach as a partnerships company.” 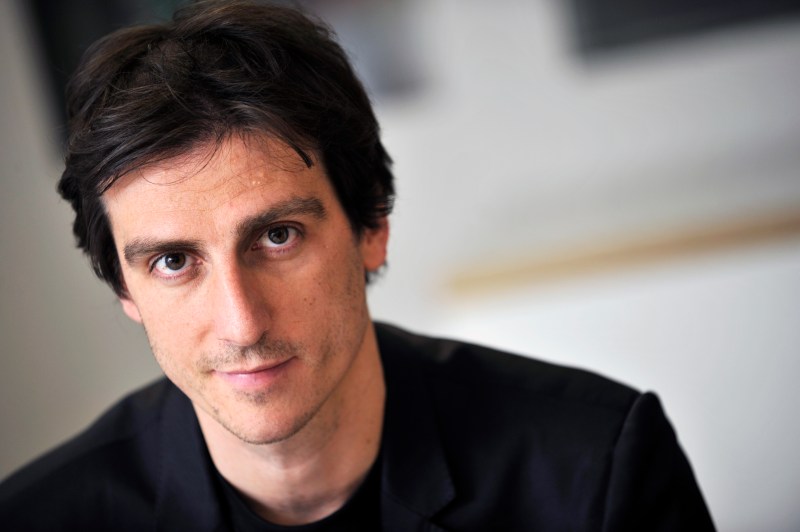 But digging deeper into what Facebook is attempting to do with Messenger, it’s as though it’s trying to create a kind of subset of the World Wide Web, one where you can transfer money to friends or search and pay for flights without really having to leave Messenger. “One app to rule them all” is nothing new, of course, and it follows the precedent set by other popular messaging apps, such as WeChat, Tencent, and Line, in Asia.

Could the growth of Messenger as a platform ultimately negate the need to install separate, third-party apps at all, be it on iOS or Android?

“I think they (companies) will need their own services — people have to see Messenger as a distribution and a re-engagement platform,” said Codorniou. “But the goal is not to have one app that does everything. The goal is to be a platform. What we are good at is distributing apps, and users, to good services.”

Whether it’s a specific goal or not, it’s clear that Facebook wants people to stay in Facebook or Messenger as much as possible. And as with the likes of King’s Candy Crush Saga, which rose to prominence in its formative years entirely through Facebook, Codorniou reckons that new startups will emerge and succeed atop Messenger. “I think there will be companies whose products will be an app on top of Messenger,” he said.

Facebook itself has been a platform since 2007, and the vast majority of the 100 top-grossing iOS and Android apps today are integrated with Facebook. Last year, the company said it drove 3.5 billion app installations across desktop and mobile. So Facebook is well-versed in what’s necessary for it to succeed with Messenger. “Mark Zuckerberg said that one day there would be companies whose products would be an app on Facebook,” continued Codorniou. “Everybody thought he was crazy.”

In terms of how Facebook will monetize the Messenger platform, well, nothing is set in stone yet. Facebook is just looking to get people using it. “It’s a platform, an open API, anyone can use it to build experiences,” said Codorniou. “You you can build an app and ship it tomorrow. There is no commercial agreement. We want to be in the business of being a platform that everyone can use. When we have growth and retention, then we start thinking about monetization.”

It is worth noting that more and more brands are turning to messaging apps in their push to gain mindshare in key demographics, so Facebook won’t find it too difficult to monetize. 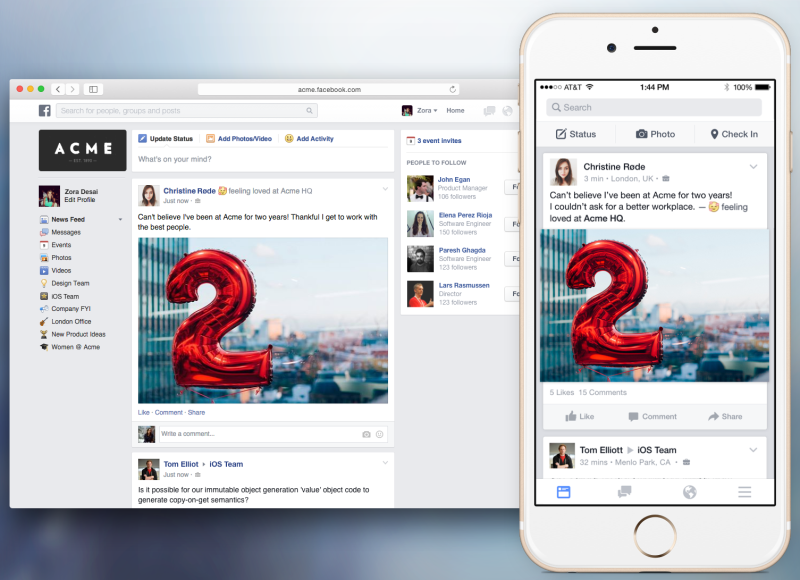 Codorniou also heads up the company’s Facebook at Work initiative, a pilot it launched back in January to build a Facebook-like experience specifically for the workplace.

The project is being operated from London, where Codorniou is based, and it recently nabbed a major client in the form of the Royal Bank of Scotland (RBS).

For many, this will seem like an obvious move for the social network, in an industry that already has some big enterprise-focused social networks, including Slack and Microsoft-owned Yammer. So why has Facebook taken so long to introduce something that seems like a natural extension of its consumer offering?

“We don’t want to be an enterprise social network,” said Codorniou. “The reason why we are shipping Facebook at Work, is because we’ve been using it ourselves for many years internally. And millions of businesses are already using Facebook for work, for example with Facebook Groups. It took us some time to decide to go after this category.”

Facebook at Work is like a SaaS platform inside Facebook. It’s not simply a case of tweaking the interface to make it more company-friendly. Facebook has to create new features on top of it, catering to things like single sign-on. “It’s also a very different business model,” continued Codorniou. “The mission of Facebook is to connect the world. We spent the first 11 years connecting people in their personal lives, and now we’re going for the workplace. We realized the value of being connected, and when you bring something like Facebook into the workplace, amazing things happen in terms of productivity, collaboration, efficiency.”

As demonstrated by the multibillion dollar-acquisition of Sweden-based Candy Crush Saga-developer King earlier this week, and the rise of France’s BlaBlaCar to the much-coveted unicorn status, things are happening in Europe. Codorniou was eager to point out that both these companies have used Facebook to grow, but he was also adamant that there is far less pressure on startups to look to Silicon Valley to become successful.

“When I started at Facebook, we used to focus on London, Paris, Berlin,” he said. “There are now so many hotspots in Europe — Dublin, Minsk, Belgrade. It’s important to be on top of these new hotspots. And to invest in the next generation of developers and partners. I think that’s one of the most interesting things that is happening right now in Europe. Anyone with a PC can build a billion dollar app from anywhere in the world.”