Flickr announced a handful of updates to its platform and business model today — the first major changes since SmugMug acquired the photo-hosting community from Oath earlier this year.

Arguably the most interesting — and welcome — facet of today’s announcement is that Flickr will no longer require users to sign in with their Yahoo account credentials.

However, not all the news is good — those with free accounts will no longer have 1 terabyte of storage for their photos.

Back from the dead

Many people speculated about what would happen to the formerly Yahoo-owned image-hosting platform when Yahoo became part of Verizon’s family in 2017. While Verizon bundled AOL and Yahoo under the Oath banner, Flickr started shedding features and services, and its future did not look bright. But Flickr still claims north of 100 million active accounts, which is why SmugMug came a-callin’ in April. In short, Flickr still holds a lot of potential, if managed correctly.

Fast-forward to today, and Flickr has now revealed its new model for free and Pro account users.

First, the decision to ditch Yahoo accounts as a mandatory log-in requirement will certainly be welcomed by millions — it was, Flickr notes in its announcement, by far the most requested change since SmugMug bought it.

Soon, you will be able to use any email address and password combo you like on Flickr, and that shift won’t involve starting from scratch. You’ll simply be asked to enter your new login credentials when this feature becomes available, and that will be it.

The change won’t take effect until January 2019, however; so a Yahoo account is still mandatory for now. 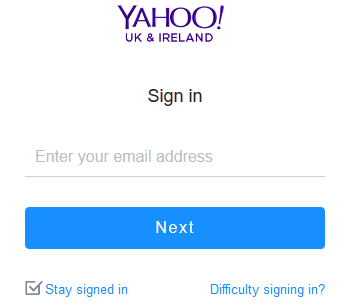 Above: Yahoo account: Mandatory still, but not for long

In reality, this still offers a lot of space for your photos — you can still store 1,000 super high-resolution images in your account, irrespective of their size. But that still represents significantly less space than 1 terabyte. Nothing is truly free in this world, after all.

“Giving away vast amounts of storage creates data that can be sold to advertisers, with the inevitable result being that advertisers’ interests are prioritized over yours,” noted Flickr VP of product Andrew Stadlen. “Reducing the free storage offering ensures that we run Flickr on subscriptions, which guarantees that our focus is always on how to make your experience better.”

But more than that, Flickr hopes that tweaking its business model can revitalize the community so it attracts people who care about photography, rather than those who only care about free storage.

“The free terabyte largely attracted members who were drawn by the free storage, not by engagement with other lovers of photography,” Stadlen added. “This caused a significant tonal shift in our platform, away from the community interaction and exploration of shared interests that makes Flickr the best shared home for photographers in the world.”

Existing Flickr users with more than 1,000 photos in their account have until January 8 to reduce their photos to 1,000 — or upgrade to Pro. Speaking of which…

Flickr has switched its subscription plans around on a number of occasions over the years, but the existing Flickr Pro subscription didn’t offer any extra storage — it just came with perks, such as access to advanced stats and ad-free browsing. Now, however, Pro users will get access to unlimited storage of photos and videos — for the same price of $50 per year.

Flickr is touting other new perks included with the upgraded Flickr Pro tier, including “ad-free browsing;” however, to the best of our knowledge that has always been the case. Other improvements include support for 5K resolution photos and videos of up to 10 minutes long — raised from the existing three-minute limit.

So $50 per year for unlimited photo storage does seem like a pretty good deal, given that there isn’t any compression involved here — you can store your snaps in all their full-resolution glory. Google Photos, for example, offers free unlimited storage, but images are limited to 16MP. Original quality photos fall under the Google One storage plans, which start at $10 per month for 2 terabytes.

This is an interesting “start” for the new Flickr. Six months after SmugMug took it over, real changes are afoot — some of which will clearly please everyone, while others will likely split the pack.

“We need the community’s help to make Flickr a sustainable, thriving community again,” SmugMug founder and Flickr CEO Don MacAskill said. “We are committed to building the future we all want for Flickr — one where the site can keep evolving in all the areas that have made it the incredible, diverse, and beautiful place it has always been.”

The next big hurdle facing SmugMug will be moving Flickr out of Yahoo’s datacenters, a process that has already started, and Flickr will eventually settle inside Amazon Web Services (AWS).

“When we’re finished, Flickr will be faster than ever before,” MacAskill added. “It’ll be more stable, with error-free uploads, and even fewer downtime Pandas. We’ve already moved multiple Flickr services to run 100 percent in AWS, with many more coming over the next months.”