Tablets transformed the personal computer market after Apple unveiled the iPad back in 2010, but with reports suggesting tablet popularity is waning — and Apple alone recently shifting the fewest iPads in a single quarter since the device’s inaugural year — it’s easy to raise an eyebrow at any company entering the tablet fray in 2017.

But that is exactly what ReMarkable is doing. However, the Norwegian startup isn’t bringing another dull Android-powered “me too” device to market; instead the company is focusing on writers, sketchers, and doodlers with a “digital paper” tablet that strives to replicate the physical paper experience.

The Oslo-based firm first debuted its machine last November, bypassing Kickstarter to open preorders through its own website. The ReMarkable was offered to early adopters for $379, including a special pen and case, but until now the device hasn’t been given a public airing. 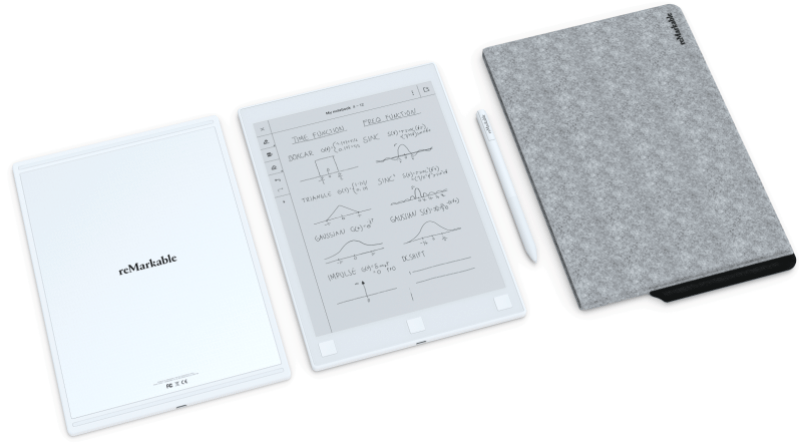 A few weeks back, however, VentureBeat managed to grab a little hands-on time with a final prototype version and garner a sense for where things are at.

But first, here’s a quick recap on exactly what the ReMarkable tablet promises. 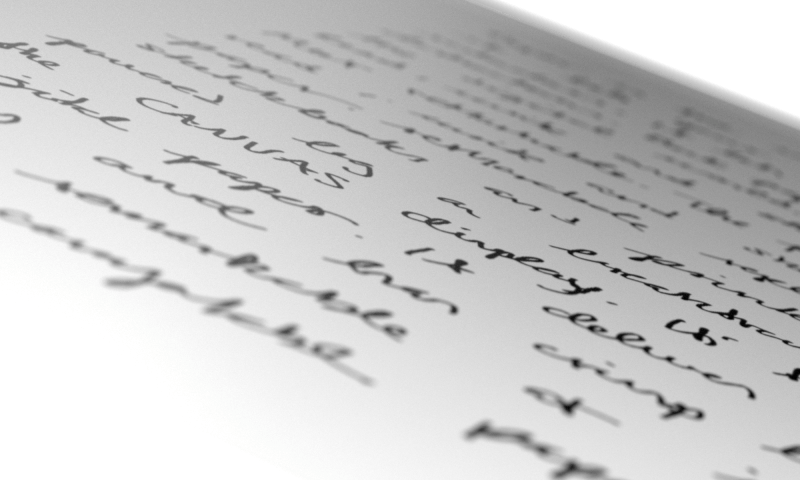 Above: Writing on ReMarkable

Ultimately, ReMarkable sees its main competitor as the humble A4 notepad. It’s “an elegant tool for thinking in the digital age” and will be appreciated by those who “cherish the simplicity and power of working on paper,” according to the company’s marketing lingo.

Importantly, the ReMarkable doesn’t offer web access — you can’t read tweets, argue with people on Facebook, or get directions to the pub. Instead, the device is for reading, writing, and drawing — everything you can do with standard paper.

Above: Sketching on ReMarkable

In terms of documents and ebooks, the ReMarkable supports PDF and EPUB formats, with users able to annotate across existing text, a feature that is aimed at professionals, such as lawyers, or at students wishing to make notes next to their academic reading material.

For the product, ReMarkable worked closely with E Ink Holdings — the Taiwanese company behind many of the world’s popular e-paper products, including e-readers — to develop a proprietary “CANVAS” display that is as close as possible to paper, but without screen glare and with a higher-friction surface than you’ll be used to with standard tablets.

The 10.3″ display, with a 1872 x 1404 (226 PPI) resolution, doesn’t have an on-board light — after all, neither does paper. It’s also worth noting here that ReMarkable is touting its cross-platform credentials, with syncing available via the cloud through mobile and desktop apps.

ReMarkable is far from the first company to offer an e-paper device for readers and writers. Sony is among the more notable brands in the space, and a few years back it launched the Sony Digital Paper DPT-S1, a 13.3″ device that started at around $1,100. Sony recently announced a joint venture with E Ink to develop new e-paper products, while just this week the electronics giant announced that a second generation of its e-paper tablets would arrive in the U.S. in June for $700.

Where ReMarkable is really looking to set itself apart from others in the space is through lower latency — that is, the time it takes between a user attempting to make an impression on the tablet and the mark actually showing up. For it to replicate real paper, the latency has to be super low, and ReMarkable claims to be able to drive its latency down to 55ms, though the model we tested was around 65ms.

“Every other device we have tried has had much slower latency than this, usually upwards of about 100ms, which gives the feeling that the ink is chasing the pen,” a company spokesperson told VentureBeat.

Though we weren’t able to carry out a thorough latency test during our brief hands-on earlier this month, our doodling and writing did reveal a more or less undetectable gap between putting pen to “paper” and the mark appearing. It really did feel as though we were working with paper, including the friction between the pen and the tablet.

During the preorder phase, ReMarkable shifted more than 27,000 units, which amounted to over $11 million in sales.

Though the ReMarkable has been available on preorder for six months already, the company has now confirmed that the full pricing for the device at launch will be $529, while the pen will set you back $79. Given that the tablet relies heavily on the pen, it is a little odd that the company would provide pricing for the ReMarkable without a pen, though it did confirm that it would be announcing a separate bundled price at a later date. It does seem that the company envisages people buying a unit purely for reading purposes, even though there are better and much cheaper e-readers on the market already.

As things stand, ReMarkable expects to begin shipping the first preorder units in late August, and anyone ordering from today can expect their order to arrive in October.

Though it’s far too early to say whether the ReMarkable will hit the sweet spot among the world’s writers and doodlers, part of me thinks that its price point will discourage many prospective buyers — beyond a hardcore niche group — from investing in one of these tablets. At around $600 for the tablet and pen, it’s not the sort of device someone would buy as a present for a friend or family member, and those who already own a scanner may decide to stick with their trusty ballpoint pen and notepad.

That’s not to say that the ReMarkable doesn’t offer a significant number of add-on features for the digital age, it’s just that $600 is perhaps a little too pricey for what may ultimately prove to be more of a luxury item than a necessity for many.