If you’ve ever wanted to interact with your favorite musician but haven’t been able to actually make it happen, there may be a way to get a similar — if not better — experience through augmented reality. The latest magic trick from multitalented recording artist, actor, and writer Donald Glover is Pharos AR, a new app that lets fans interact with his musical persona, Childish Gambino, within a “virtual manifestation of Childish’s fan universe.”

Built with Unity and Google’s ARCore technology, Pharos AR has Android and iOS device users walk through an AR portal into a cosmic cave filled with paintings. The paintings begin dancing to the artist’s new track, titled “Algorythm,” and Childish Gambino appears as a hologram, interacting with users through lyrics and symbols depicted on the cave’s walls. 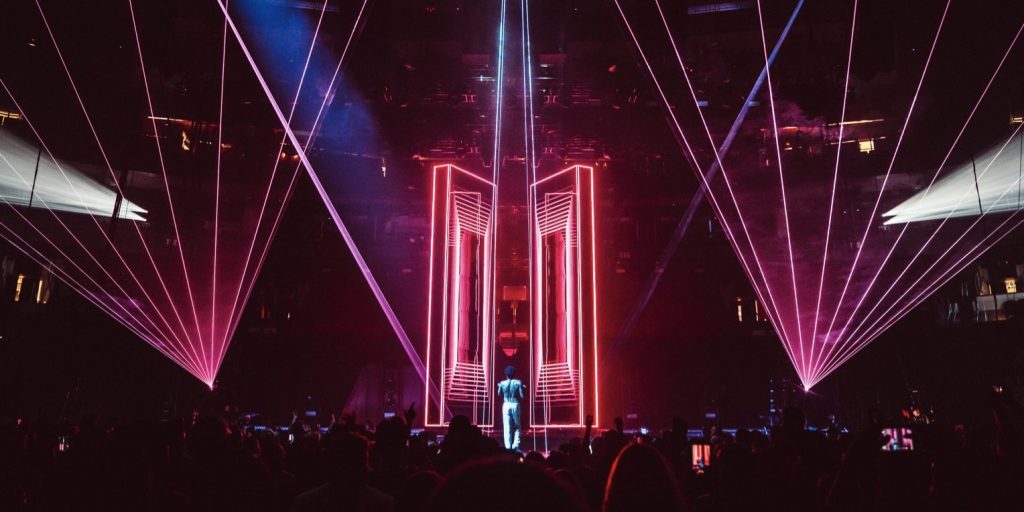 Bearing some resemblance to a Childish Gambino concert, the app features visual effects ranging from trippy crystalline rainbows to neon-framed objects, populating the space with abstract versions of people. Between the cool visual effects and Glover’s music — which the app will apparently update with new songs over time — there’s certainly enough here to merit a download for fans.

Unity allows Pharos AR to offer convincing 3D graphics on mobile devices, while ARCore is there to enable Cloud Anchors so augmented objects can be placed within real world spaces. The goal is specifically to let users carry the Pharos universe “with them wherever they are” and enjoy interactions with Childish Gambino while preserving their awareness of the real world.

Pharos AR is available now in the iOS App Store and Google Play Store. Both versions of the app are free. Glover has also brought his dance moves and music to Google’s AR app Playground in a recently released Playmoji pack, which remains exclusive to Android devices.