Chinese smartphone giant Xiaomi has launched its first Android One device in partnership with Google.

The Mi A1 is the latest in a line of Android One devices to hit developing markets over the past few years.

Android One is a software and hardware standard through which Google controls the development and design of the devices while leaving the building to partner manufacturers in each country. The program is essentially designed to bring affordable but good quality mobile phones to more people.

Android One was first launched in India back in 2014, but it has since landed in more developing markets, including Pakistan, Indonesia, the Philippines, a handful of African countries, as well as some developed markets, such as Japan, Spain, and Portugal.

Xiaomi has emerged as a major force in the mobile phone realm since its launch back in 2011, and although it has continued to flirt with the international masses through purported “global launch events,” most of its flagship smartphones have been restricted to China, India, and other Asian markets. Earlier this year, the company announced that it had shipped 23.16 million smartphones in Q2 2017, up 70 percent from the previous quarter and a new record for the company. It also secured a $1 billion loan from 18 banks to drive its global retail plans.

As is the case with a growing number of smartphones on the market, the Mi A1 sports a dual camera setup, similar to the flagship Mi 6, which launched in China back in April. It also has a Qualcomm Snapdragon 625 processor, 3080mAh battery, a 5.5-inch curved glass display, 4GB of RAM, and 64GB internal storage.

But with this latest device, Xiaomi is promising a “stock Android” experience, without any of the software bloat most Android device manufacturers add to the mix. 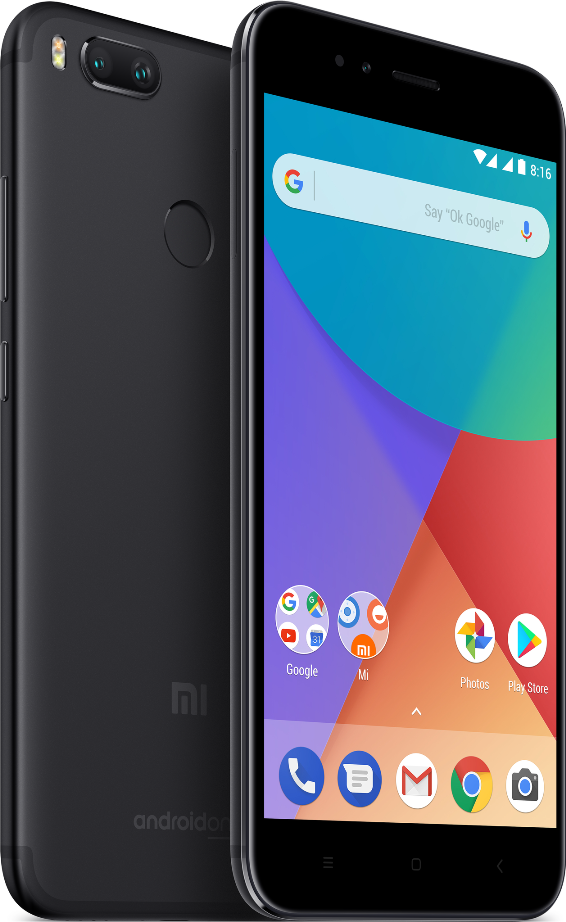 The tie-up with Google should come as little surprise, as the two companies have enjoyed close associations in the past. Former Googler Hugo Barra had spearheaded Xiaomi’s international efforts since 2013, but he jumped ship back in January to lead Facebook’s virtual reality (VR) efforts. And in the U.S. last year, Xiaomi and Google launched the $69 Mi Box Android TV set-top box.

Priced at INR 14,999 ($234), the Mi A1 will be initially available in India, but Xiaomi has revealed that it will land in more than 40 markets globally, including Indonesia, Vietnam, Russia, Poland, Hong Kong, Taiwan, Ukraine, and Mexico.

“[The] Mi A1 is a strategic device in our global expansion, marking a milestone on our quest to bring innovation to everyone,” noted Xiaomi senior vice president Wang Xiang. “From the beginning, Xiaomi has been all about choice, and we are delighted to offer users a new way to experience the power of Xiaomi.”

It appears it was actually Google’s idea that Xiaomi bring an Android One device to market.

“Google has been a great partner, and given our strong collaboration, we thought their idea to launch a Xiaomi smartphone on Android One would be a great opportunity to give our users a different user experience,” continued Xiang. “I’m truly excited about what this partnership will bring to our users across the world.”