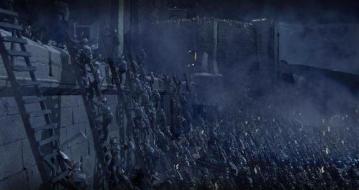 By far, the most popular price for iPhone apps is $0.99. In many ways, it’s the perfect price. At under $1, it’s really a throw-away purchase — one that consumers don’t think twice about making. Do you think it’s coincidental that all the major fast food chains have $0.99 menus? But consumer comfort with the price has led to an issue in Apple’s App Store: The over-abundance of crap applications.

While, yes, plenty of the free applications are crap as well, as are some higher priced ones, the ones that really do the most damage in terms of sales are the $0.99 ones. Need proof? Just look at the sales of the apps based around farting in the App Store. And it looks like RIM wants no part of that segment of the app market for the BlackBerry.

While RIM will offer free apps in its new app store to be called BlackBerry App World, the lowest price point beyond that will be $2.99, an FAQ on the site revealed tonight. Yes, RIM has eliminated the $0.99 sweet spot and the $1.99 just for good measure. It’s a smart play if you want to keep some of the junk out of your store, but it could backfire.

I laid out earlier what I had heard from sources about developers being asked to negotiate back-end revenue deals with RIM. That seemed to be at least partially confirmed by the same FAQ as well, where it talks about the “Standard terms related to revenue sharing apply to these applications.” Meaning free applications that make money post-sale.