If you need more proof that Facebook has successfully transformed itself into a mobile-first company, its first quarter 2018 earnings should do the trick. Facebook reported $11.97 billion in revenue and $4.98 billion in profit for the past quarter, with 91 percent of its advertising revenue coming from mobile.

Way back in Q3 2012, Facebook shared a breakdown of advertising revenue for the first time. Mobile then accounted for 14 percent. Every quarter since, the number has been growing, though it has naturally slowed in the past few years. A year ago, it was at 85 percent. This past quarter is the first time that the percentage of Facebook’s revenue from mobile was in the 90s. 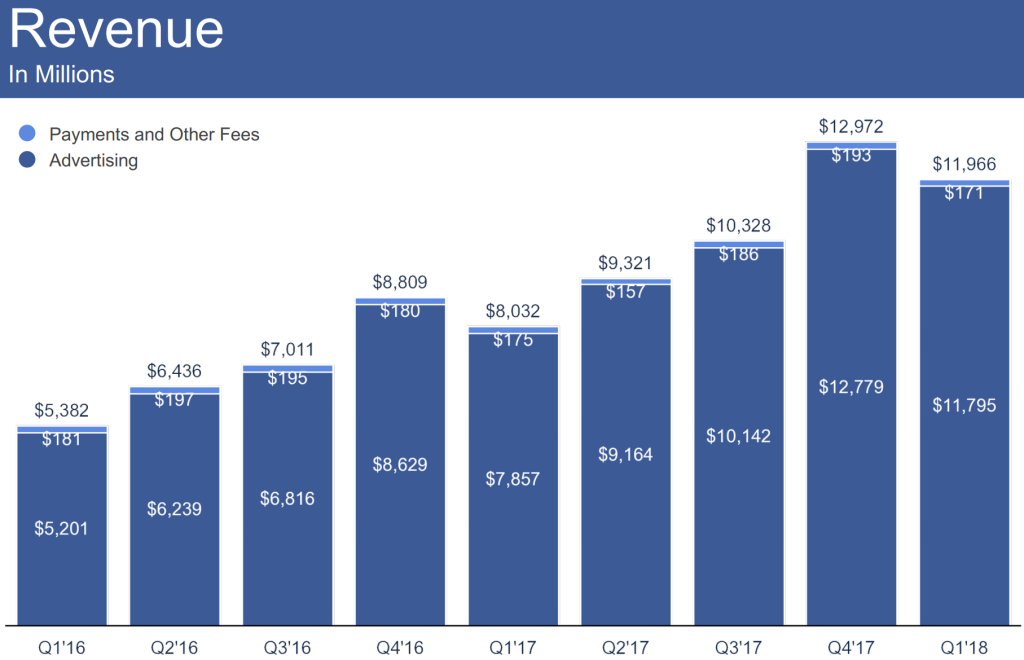 “Despite facing important challenges, our community and business are off to a strong start in 2018,” Zuckerberg said in a statement. “We are taking a broader view of our responsibility and investing to make sure our services are used for good. But we also need to keep building new tools to help people connect, strengthen our communities, and bring the world closer together.”

But again, the way Facebook has achieved its goals so far has been with its successful pivot to mobile. Today’s 90 percent figure is just one of many mobile milestones in recent quarters. The company passed 1 billion mobile-only monthly users in November 2016, 1 billion mobile daily active users in July 2016, and the halfway mark for mobile-only users in January 2016.

The big milestones may have started hitting in 2016, but the shift to mobile began long before that. Zuckerberg said “We’re a mobile company now” in April 2014, and years before that, mobile was the key strategy.