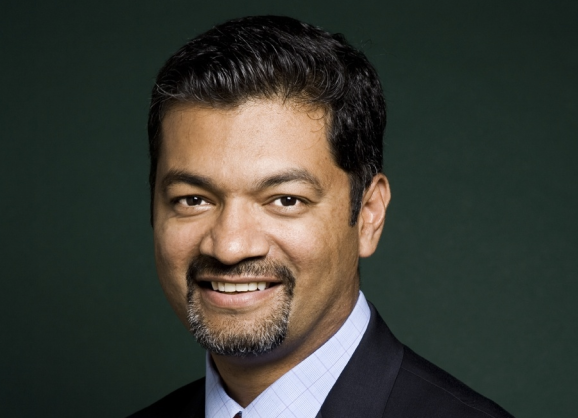 MongoDB, the company behind the popular MongoDB open-source NoSQL database, has hired a new chief executive, Dev Ittycheria, who has experience taking a company public and selling it off. The appointment could help the company rocket itself forward and perhaps even follow on a similar trajectory.

Ittycheria replaces Max Schireson, who took the company’s helm last year after serving as president for two years. Schireson will now be vice chair, according to a statement the company issued today. Schireson has cited personal reasons for the change in a blog post.

Ittycheria co-founded BladeLogic in 2001 and worked as the company’s chief executive. The company hit Nasdaq in 2007. BMC bought it a year later. More recently, he was a venture partner at Greylock Partners and managing director OpenView Venture Partners.

Ittycheria was not immediately available to speak with VentureBeat following the announcement, but MongoDB co-founder and chair Dwight Merriman said that, rather than talk about how to replicate his success with BladeLogic, “all the conversations I’ve had with him are very much about how we’re going to build a big business.”

That’s reasonable. If Ittycheria can work his magic to get more enterprises to use MongoDB in new applications and gradually encourage them to sign up for paid licenses, he can help the company keep growing beyond other NoSQL database companies, including Basho, Couchbase, and DataStax, as well as early-stage startups like Orchestrate and RethinkDB.

For years, MongoDB has dealt with the perception that the database might not be able easily grow to handle more and more data and operate well at scale, at least not in relation to other NoSQL databases. But the company has been working on making the database work at scale. More is on the way in version 2.8, which will be out before year’s end, Merriman said, along with automation software for upgrading systems across large numbers of physical servers. Those updates, coupled with an executive more seasoned than Schireson, should make a difference in the way of adoption.

“I don’t really think of it from a Rolodex point of view, but I think very much that he’ll be very helpful with us, you know, interacting with and selling to and supporting these very large enterprises,” Merriman said.

MongoDB the company originated as 10gen in 2007. The company name changed last year and announced a $150 million funding round in October. That makes it a candidate for a debut on public markets this year.

Merriman didn’t have anything to say about the possibility of a 2014 IPO.

“Obviously, we want to create something large,” he said.