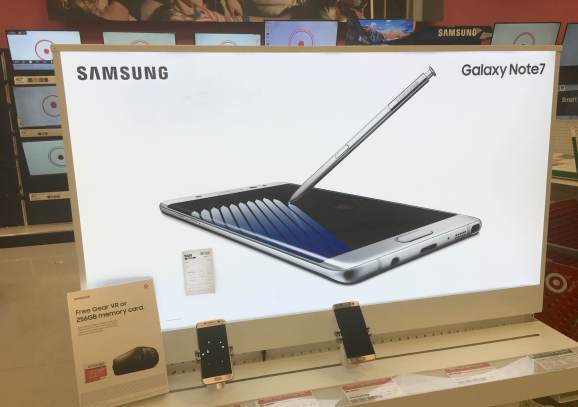 Samsung’s Galaxy Note7 fiasco is largely over, but the consequences will likely continue for many months, if not years. The company has already put in a ton of work to stymie the inevitable impact on its brand and sales, but there’s always more to be done. Here’s one option I haven’t seen discussed: Samsung should manufacture all its phone batteries in-house.

After a thorough investigation, Samsung concluded there were two separate issues that led to the Note7 battery explosions: an “electrode deflection and incorrect positioning of the negative electrode tip in the upper right corner of the battery” and “an abnormal weld spot [that] led to an internal short circuit.” Then the company unveiled three new initiatives: an 8-Point Battery Safety Check, a multi-layer safety measures protocol, and a battery advisory group.

If we were simply talking about Samsung Electronics, then these initiatives would be considered going above and beyond the call of duty. But Samsung Electronics is part of Samsung, a colossal conglomerate of about 80 companies that has been around for three-quarters of a century. Giants like Samsung can turn explosive failures into lucrative opportunities.

As a refresher, here’s a quick rundown on the various products and services that Samsung offers:

In fact, one of the Samsung companies, Samsung SDI, already makes some phone batteries. Battery manufacturing isn’t exactly something Samsung is clueless about. Samsung should be responsible for all the batteries in its products, from research and design all the way to manufacturing and supply.

Sure, it’s too late for the Galaxy S8 and probably even the Galaxy Note8, but there is a huge opportunity here. Just like Samsung is responsible for many of the chips used in its own products and those of other companies, it could do the same for batteries.

As an aside, soon after the Note7 was recalled, I strongly believed Samsung should kill the brand and simply call its new phablet the Galaxy Plus or literally anything other than Note. But after many casual conversations over the last few weeks, it became quite clear to me that most people simply know that Samsung phones were exploding, and often have no idea which model. That’s a much bigger problem to have, and it’s not something a product rebrand can fix. With that in mind, I now see why Samsung plans to launch a “Note8” and not bother with marketing a whole new product line.

Speaking of marketing, building batteries would be a bold and brilliant move. Just imagine: “We’ve learned our lesson. We now make all our batteries in-house. Oh, and by the way, these new batteries last longer than our what our competitors offer, since they still use batteries made by third parties.”

Batteries impact everything from smartwatches to electric cars. Samsung of course wouldn’t be able to suddenly develop technology that makes their phones last a week instead of a day, but it certainly has the means to become competitive in the space. Mobile isn’t going away, and so batteries are here to stay.

Plus, the company that “fixes” batteries in the next decade will be wildly successful.