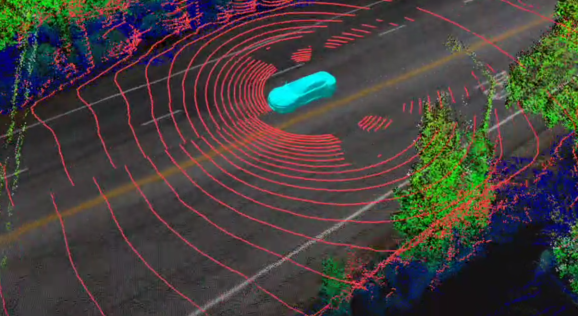 DeepMap, a new mapping startup for the fledgling autonomous vehicle industry, has raised $25 million in a series A round led by Accel, with participation from existing seed-stage investors Andreessen Horowitz and GSR Ventures, which had previously invested around $7 million in the company.

Not a great deal was known about DeepMap prior to now, but the Palo Alto-based company, which was founded early last year, has a number of notable people at the helm, including CEO James Wu, who previously worked at Google, Apple, and Baidu on mapping products; CTO Mark Wheeler, who also worked at Google as a software engineer and Apple as a senior scientist; and COO Wei Luo, who previously served as product manager across a number of Google projects, including Maps and Earth.

Put simply, DeepMap has some experienced and knowledgeable people leading its push into the self-driving car realm.

DeepMap’s underlying technology helps automotive firms get up to speed, so to speak, in terms of bringing autonomous cars onto roads around the world. DeepMap provides the software that gives them accurate high-definition mapping and real-time localization, as well as the necessary infrastructure to support the rolling out of the technology to cars at scale. In effect, DeepMap serves as the eyes and the brain needed to make cars autonomous; it maps the environment, tells the vehicle where it is in relation to the environment, and shares this information with other vehicles on the DeepMap platform.

There are a growing number of players working to power the self-driving car revolution. Mobileye is a computer vision firm specializing in autonomous cars too, and it was recently snapped up by Intel for $15.3 billion. Last year, General Motors (GM) snapped up Cruise Automation for more than $1 billion, while Ford recently committed to buying a majority stake in a similar startup called Argo AI for $1 billion.

Other players in the field include Civil Maps and TetraVue, which have both raised venture capital investment over the past year.

The problem these companies are trying to solve is this: For cars to maneuver through traffic and hazardous conditions at high speeds, they must be aware of the conditions around them — and given the speeds at which they’re traveling, there isn’t a great deal of time to “think.” This is why quality maps and cameras capable of processing detailed imagery at speed and distances is key if the self-driving car industry is to reach its full potential — just as humans need to use their eyes, ears, and brains to navigate roads, so do cars.

“Our goal is to help make self-driving cars and trucks drive safely and make them a reality as quickly as possible,” explained Wu. “The societal implications of integrating self-driving vehicles into the transportation ecosystem are considerable — from more independence for the elderly, the young, and the handicapped to saving many lives and making commuting a more meaningful use of time. But to get there, we need precise mapping and localization technology that is purpose-built from the ground up and ensures the highest possible safety, performance, and operating efficiency. Solving this challenge to a point where it’s safely deployable in the real world is very hard, time-consuming, and expensive.”

For fully autonomous cars to be realized, the automotive and technology industries must converge, and this is why we’re seeing more partnerships come to the fore, either through acquisitions, investments, or simply collaborations.

With a total of $32 million raised since its inception, DeepMap said that it now plans to “optimize” its HD mapping and localization platform and double down on its efforts to hire top technical mapping talent.