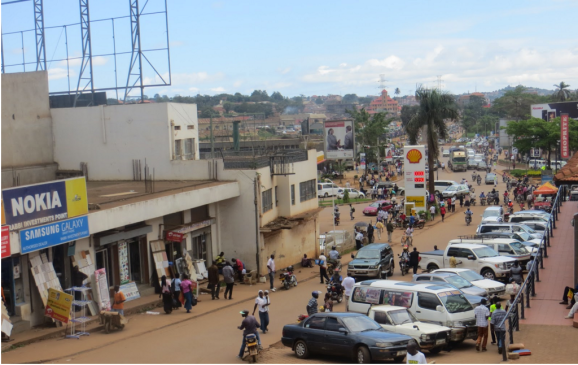 Google is forming a four-way partnership to invest in a wholesale broadband infrastructure project designed to bring fast and reliable internet access to cities across Africa.

The initiative is an extension of Project Link, a program Google first introduced to the Ugandan capital of Kampala back in 2013 in an effort to provide local internet service providers (ISPs) or mobile networks access to a more efficient infrastructure. The basic premise is this: Local ISPs roll out new services, such as 4G or public Wi-Fi zones, with Google opening access to the “last mile” that links into the more extensive long-distance fiber network connecting countries and continents.

Project Link has since expanded to cover more than 1,600km of fiber networks within five cities across Uganda and Ghana, where dozens of ISPs and mobile networks offer a range of services.

In the years since launch, Project Link was quietly rolled into an umbrella corporate brand called CSquared, and today Google has revealed that it’s bringing three strategic partners on board: ICT investment companies Convergence Partners and Mitsui and International Finance Corporation (IFC), which is part of the World Bank Group.

CSquared will be run as an independent company, with its main headquarters in Nairobi, Kenya. Although CSquared’s network is currently only active in Uganda and Ghana, more countries are planned for the future, with $100 million worth  of “cumulative capital commitments” in place to support the expansion.

“Together with our new partners, we believe CSquared can roll out and operate affordable, high-speed, and reliable infrastructure to further expand internet access in Africa,” explained Marian Croak, Google’s vice president for access strategy and emerging markets.

With many technology companies pushing for universal internet access to help enable the uptake of their respective services, giants such as Google and Facebook have been testing out various mechanisms to open web access for all. Facebook has previously tested drone-delivered internet, and it’s investing in satellite-based technology, too. Google, for its part, has been rolling out free public Wi-Fi services across India as part of its overarching plan to target the “next billion” internet users, and it has also backed high-bandwidth undersea internet cables.

With Project Link and CSquared, Google is doubling down on its efforts to support the underlying internet infrastructure which, in turn, opens up new markets for the internet giant’s own online services.