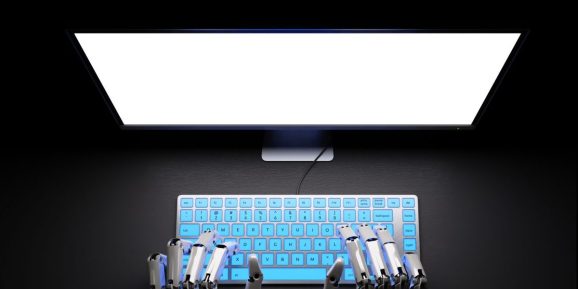 Intel and Microsoft have been on something of an artificial intelligence (AI) investment binge of late, with the chip and software giants announcing a slew of deals this week via their respective VC arms — Intel Capital and Microsoft Ventures.

Perhaps the most notable of these was Element AI, which raised a gargantuan $102 million in what is one of the largest series A rounds in recent times. The Montreal-based startup, which helps connect companies with machine learning experts, drew in some other interesting investors besides Intel and Microsoft, including rival chipmaker Nvidia.

The Element AI deal followed just a day after Intel and Microsoft joined forces for a $15 million investment into CognitiveScale, a Texas-based startup that uses AI to harness big data and deliver insights and recommendations. The very same day, Intel participated in a $16 million round into California-based robotic vision startup Aeye, while on Monday Microsoft got involved in a $20 million funding round into CrowdFlower, a platform that meshes machines with human input to ensure data science teams have access to properly tagged, clean data. Microsoft also invested in in CrowdFlower last year.

The duo have been investing in AI-related startups all year, too.

Back in January, Intel Capital joined a $14 million funding round into Mighty AI, a startup that uses the general public to help train companies’ AI algorithms, and a $7 million round into cybersecurity startup Fortscale, which uses machine learning and big data analytics to detect malicious user behavior. But the most sizeable deal to emerge from Intel this year so far was its $15 billion acquisition of Mobileye, a computer vision firm specializing in autonomous cars.

Last month, Microsoft Ventures revealed it had contributed to a $3.5 million seed round into New York-based Agolo, a startup that’s setting out to help companies fight information overload through AI-powered summarizations. And on the same day, Microsoft Ventures announced it was also leading a $7.6 million round into Bonsai, a startup that helps companies build AI into their business.

As with Intel, Microsoft has also made some AI acquisitions this year. Last week, it acquired Israeli startup Hexadite to bring AI-powered security to Windows 10 in the enterprise, while back in January it bought research-oriented deep learning startup Maluuba.

All the major tech titans, from Alphabet and Amazon through to Apple and beyond, have made AI acquisitions in recent times, but the recent flurry over the past week indicates the talent land grab is intensifying. Indeed, Microsoft recently launched a dedicated fund for AI startups, while Intel Capital alone now claims more than 25 AI companies in its portfolio.

“As we proceed toward realizing the promise and opportunity offered by AI, Intel is aggressively investing in the best minds in the industry that bring the skills and technology necessary to accelerate complex, data-intensive processes,” Intel said in a statement issued to VentureBeat. “Each of these companies is involved in furthering innovations with AI — ranging from robotics and autonomous vehicles to machine intelligence software and an AI research lab — with the premise of solving our most daunting challenges by accelerating large-scale problem-solving, unleashing new scientific discovery, extending our human senses and capabilities, and relieving us of the burden of tedious or dangerous tasks.”