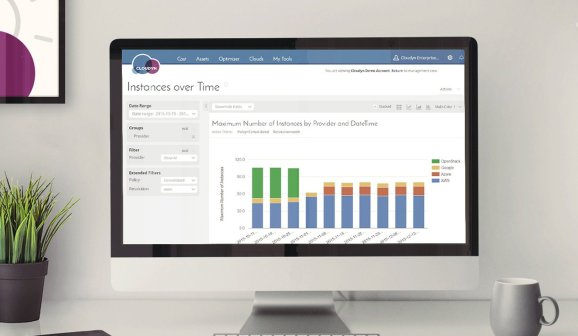 Microsoft has confirmed previous reports that it’s buying Israeli cloud-monitoring and analytics startup Cloudyn. The deal is thought to be worth between $50 million and $70 million, according to a report (in Hebrew) back in April from local Israeli business publication the Calcalist; however, terms of the deal have not officially been disclosed.

Founded in 2012, Cloudyn helps companies automate the process of monitoring their cloud costs through providing analytics and optimization tools. It’s all about improving cloud performance and efficiencies, with companies gaining access to real-time data across various operational and financial metrics.

Cloudyn has raised more than $20 million since it was founded, including an $11 million round back in 2015, and it already claims big-name clients including Hewlett Packard Enterprise (HPE) and Ticketmaster.

It’s worth noting here that Cloudyn already claimed Microsoft as a partner, working with its Azure cloud computing service; however, it also works with a number of competing public clouds including Amazon’s AWS and Google’s Cloud. A Cloudyn statement earlier today hinted (emphasis ours) that it would continue to support other clouds once the acquisition is finalized.

Since taking over as CEO in 2014, Satya Nadella has spearheaded Microsoft’s increased push into the cloud — “the intelligent cloud platform” has been one of its three key investment areas. Nadella was Microsoft’s former head of the cloud and enterprise group before rising to CEO, so this refocused mission didn’t come as a major surprise.

“This acquisition fits squarely into our commitment to empower customers with the tools they need to govern their cloud adoption and realize the strategic benefits of a global, trusted, intelligent cloud,” noted Jeremy Winter, Microsoft’s director of program management for Azure security and operations management. “Cloudyn gives enterprise customers tools to identify, measure and analyze consumption, enable accountability and forecast future cloud spending.”

Microsoft has made a number of cloud-focused acquisitions in recent times, and back in April it snapped up the team behind Deis, a set of open source software tools and services for working with apps packaged within containers. Earlier this month, Microsoft confirmed it was in the process of buying Israeli cybersecurity startup Hexadite to bring AI to Windows 10 enterprise security, and on the same day Hexadite laid off all its U.S. employees.