Google is today lifting the lid on a new app designed to help small and medium-sized businesses find and recruit employees more effectively.

With Hire, the internet giant is targeting existing G Suite users — that is, companies already on board Google’s cloud software platform that includes Gmail, Calendar, Hangouts, Drive, and Docs — with a tool that extends G Suite’s functionality into the recruitment realm.

VentureBeat first reported on Hire back in April when Bebop — a stealth startup founded by Diane Greene that was acquired by Google in 2015 for $380 million —  started advertising job openings at the URL hire.withgoogle.com.

We already knew that Warner Bros. subsidiary DramaFever, Medisas, and Poynt were among the organizations using Hire during its early phase, but few details were known about the service until today.

Hire will allow recruiters to manage job postings, receive application forms, interview and screen candidates, and more. It’s pitched as an “end-to-end” tool that caters to a specific common use case among G Suite users who already use the likes of Gmail and Calendar to schedule and manage job interviews.

For example, a company could email a candidate through the Hire app or Gmail, and the messages are synced automatically in both channels. 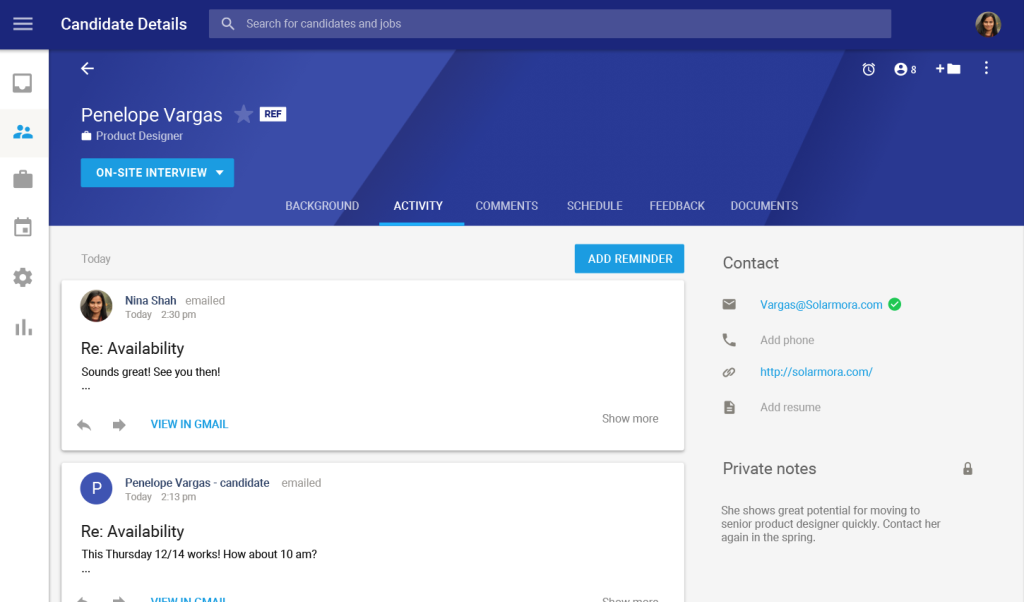 Hire also lets users schedule interviews with access to a direct pipeline into the interviewers’ schedule, through Calendar. And it automatically includes key details in Calendar invites — such as the interview schedule, contact details for candidates, and the questions each interview is focusing on.

Other use cases include being able to capture feedback from each interviewer, and Hire also hooks into Sheets to help visualize and analyze any data that has been captured from across all interviews. 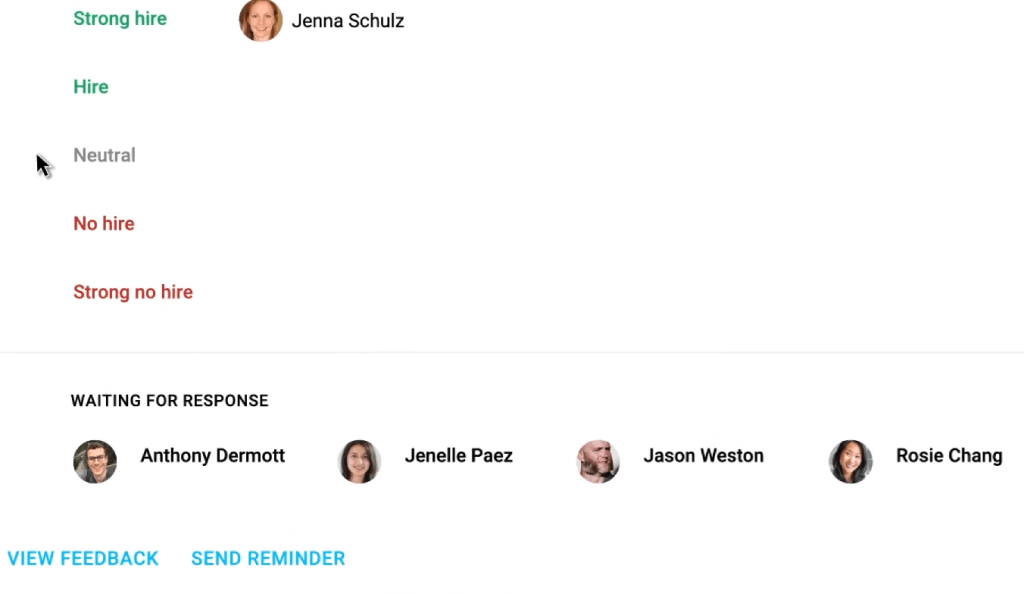 It’s not difficult to see how Hire could potentially be used as part of other G Suite services — for example, an interview could be conducted remotely across Hangouts, with candidate data visible on top of the screen for interviewers to look at in real time.

Anyone who’s ever been involved in recruitment knows how time-consuming and expensive the process can be. As Google notes, a study published in 2015 by Bersin by Deloitte found that U.S. businesses on average spend $4,000 to recruit for each position — that includes interviewing, scheduling, and assessment — and that positions take an average 52 days to fill. While Hire won’t alleviate every inefficiency from this process, its purpose is to make life just that little bit easier for G Suite users — and to given them one more reason not to leave.

“It’s no secret that attracting top talent is a key driver of business success,” explained Google Cloud product manager Berit Johnson, in a blog post. “But whether you’re looking to recruit a business analyst, bring on an assistant, or hire an experienced auto mechanic, building the right teams with the right talent takes time and money.”

Hire represents the latest in a line of services Google has launched specifically for recruitment. At its annual I/O developer conference back in May, the internet giant revealed the Google for Jobs program, which lets the company scour job listings posted across the web and bring them all together within Google Search. And last month Google revealed it was partnering with Monster, Facebook, Glassdoor, and others to let you job hunt and receive tailored email alerts.

Not a great deal was known about Bebop when Google acquired the startup back in 2015, but we did know that it was building a “development platform that makes it easy to build and maintain enterprise applications,” as Google CEO Sundar Pichai described it at the time. A spokesperson has confirmed to VentureBeat that Hire “incorporates technologies” from the Bebop acquisition and that it helped shape the product.

From today, Hire is available to U.S. businesses that have 1,000 employees or less and use G Suite. It’s worth noting here that the Hire app isn’t included as part of a standard G Suite subscription — it is offered as a paid-for add-on service, with prices depending on the company size and charged on a per-user / per-month basis.