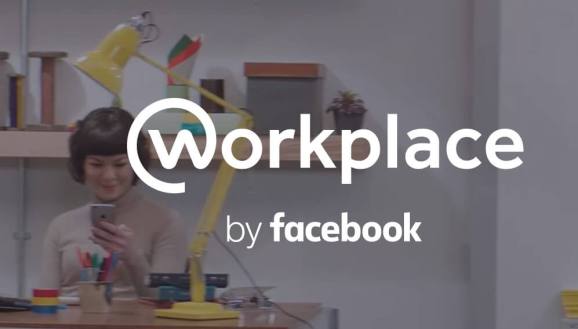 This spring at the Starbucks annual shareholders meeting, CEO Kevin Johnson told investors a story about a store manager who shared a post on Workplace by Facebook about a drink he saw featured on Instagram and started selling at his store. The manager quickly found that other managers were doing the same and seeing good returns. Within 24 hours, the drink was officially added to the Starbucks menu.

“Something that could have taken weeks, if not months, to happen before Workplace happened in one day,” Johnson said.

Workplace has been around for years now, both internally at Facebook and with 1,000 private beta partners, but first became available for public use last fall. Workplace by Facebook was first adopted by Starbucks in January, kicking things off with a Facebook Live video forum between Johnson and store managers.

It’s this sort of use case, Workplace director Julien Codorniou told VentureBeat, that’s at the core of Facebook’s plan to take on team collaboration and enterprise chat players like Slack and Microsoft Teams.

Workplace is different, he said, because instead of being used by a portion of a company or a team within an organization, Workplace aims for company-wide deployments so that good ideas can come from anywhere.

Feedback — both positive and negative — allows good ideas to flourish from within company ranks and gives managers actionable insights. Using the same algorithms that decide what’s in your News Feed to surface good ideas, he said, gives businesses a “different way of running a company, by giving everyone a voice.”

“They [company executives] really want to know how it feels to be in the store in front of the clients, and they need to know to get the signals as fast as possible, and I think Workplace does that very well, from between the execs and the front-line employees but also between the employees in different offices who sometimes are not in the same timezone and don’t even speak the same language,” Codorniou said.

Initially, Codorniou said in an interview at Brunswick offices in San Francisco last week, Workplace by Facebook focused on the same thing as Facebook: user base growth. That’s why Workplace began with large, multinational companies like Starbucks, Club Med, Dannon, and the government of Singapore, which employs 150,000 people.

To grow its user base and attract SMBs and startups as well as large companies, a range of new features have been added since Workplace became publicly available last fall.

You can now create your own files within Workplace or stream Facebook Live video. In April, a free version of Workplace was made available, as was Multi-Company Groups, which allows different companies to create groups together. By creating bridges between companies, Workplace hopes Multi-Company Groups increases the size of its user base and eliminates the need for virtually any other form of communication outside Workplace and Work Chat.

Workplace by Facebook is currently used by more than 14,000 businesses. Facebook declined to state its total number of Workplace users today.

In addition to changes made since launch, Facebook is counting on a few factors to distinguish itself from competitors like Microsoft and Google, as well as established team communication companies like Atlassian’s Hipchat and Yammer.

Among them: A user interface everyone already knows. Millennials will make up 50 percent of the U.S. workforce by 2020, a fact Codorniou believes will give Workplace an advantage going forward.

“Usually we inherit a lot of things from Facebook. We have a team that is just in charge of selecting what we keep and what we don’t keep. For example, we don’t keep the ads, we don’t keep the gaming platform, but everything that you see on Facebook will somehow be integrated onto Workplace — Facebook or Messenger,” Codorniou said.

In another shift that has taken place since the launch of Workplace last fall, Workplace will begin to invite more third-party developers to create bots for Workplace and Work Chat.

Unlike Slack or Microsoft Teams, today virtually all Workplace and Work Chat bots are made by companies for internal use. Workplace began working with platforms like PullString, Converse, and others this spring to provide companies and developers support to create their own enterprise bots for Work Chat, but IT teams at companies were encouraged to make their own integrations late last year.

Open Work Chat today and it looks a lot like an old version of Facebook Messenger, because that’s essentially what it is. But as Work Chat begins to incorporate more features from Messenger, it’s possible that built-in natural language processing announced for Messenger last week or a range of bot discovery tools launched earlier this year could be on the way.

For example, in Messenger, M Suggestions from Facebook’s intelligent assistant M can listen to words used in a chat to make recommendations. Mention a night out and M may suggest you create a calendar event. Talk about recipes or dinner and you may hear from Food Network or Delivery.com bots.

Another Messenger tool, chat extensions, pops up when you press the red plus button in the left hand corner of a chat window, revealing two rows of services that scroll left to right. The first row has core Messenger services like payments, Lyft or Uber rides, or sharing your location. The second row brings featured bots into one-on-one or group chat to accomplish a specific task like creating a Spotify group playlist, finding a date with NearGroup, or making money transfers with Western Union.

Chat extensions could potentially showcase apps or services available in Work Chat today, like the Mood-O-Meter for company morale feedback, or introduce services popular with competitors like Slack, such as logging expenses or PTO or asking questions about HR or company benefits.

Refining chat for business use

Bots on Workplace and Work Chat function a bit differently than bots on Facebook Messenger. For one thing, you don’t have to be using a messaging client to interact with them. In Workplace group discussions, bots can proactively share posts and even @mention individual employees to alert them to a specific event at your job. They can also proactively send an employee a message, whereas on Facebook Messenger a user must first give consent to receive messages from an automated bot.

Bots on many enterprise chat platforms began as simple integrations with SAAS products so teams could follow things like webpage traffic, hear about outstanding customer service tickets, or file expenses.

With time and growth, the bot ecosystem for Work Chat and Workplace could come to incorporate a series of experiences unavailable today but emerging on other enterprise chat platforms, like business-to-business services, bots that help you find gig economy jobs or temp workers, or matchmakers between a hiring manager and potential new employees.

Once more third-party bots become available on Work Chat, Codorniou said it’s the companies that should decide what employees see there, not Facebook. This is a departure from the way Facebook Messenger works, where many of the featured bots are chosen by Messenger staff.

“I think we leave it to the company. Especially when I think of the big ones, I think this is something they will want to control themselves,” he said.

A Workplace by Facebook spokesperson told VentureBeat the company currently has no plans to incorporate bot discovery features like chat extensions or M suggestions, nor to share details about how bots made by independent developers will be shared on Workplace or Work Chat. Examples of Workplace bots can be seen on partner websites like Kore.ai and The Bot Platform.

Going forward, Codorniou wants Workplace to become a platform that independent developers look to for distribution and that businesses look to for an innovative open ecosystem of products and services.

“I can’t really tell the future, but I think most of these apps people will used on top of Workplace will be built by independent developers, and that’s perfect. We want to be the new ecosystem of developers, just like we’ve done for Facebook Canvas, like we’ve done with Messenger and Facebook login. And I think Workplace and Work Chat in particular, with the platform we launched at F8, is the next one,” Codorniou said.