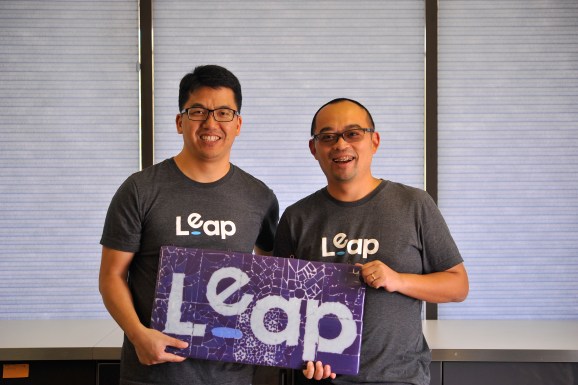 Users sign up on Leap.ai’s website or iOS app to create a profile and submit a self-assessment, detailing their strengths, personal values, and job preferences. The algorithm then matches the candidate’s profile with a company’s hiring criteria. Once matched, Leap.ai notifies the job seeker about potential opportunities and sends the application to the employer.

“We not only send the user’s resume, but also an endorsement that explains why the candidate is a great fit for the company and role,” wrote Leap.ai cofounder and CEO Richard Liu, in an email to VentureBeat.

The startup claims to have 50 customers, which include Dropbox, Zoom, and Uber. It has also ramped up some Chinese customers, such as Didi, Baidu, and Meitu. “The talent war is very intense, not only in Silicon Valley, but also all around the world,” wrote Liu. “We chose to partner with ZhenFund partially due to their strong brand recognition and Mr. Bob Xu’s strong influence over the young generation in China.”

The Chinese connection also comes from Liu and his cofounder, Yunkai Zhou, as both studied and worked in China. Prior to founding Leap.ai in 2016, the duo worked as engineering executives at Google.

Leap.ai charges customers when they successfully hire a candidate using the platform. The rate is based on the first-year salary, according to Liu.

A number of companies in the recruiting sector have found uses for AI, such as Teamable, which taps into employees’ social networks for better referrals; Beamery, which uses a hybrid of customer relationship management (CRM) and AI; and Mya Systems, which created an AI recruiter chatbot.

Leap.ai will use the seed money to further develop the platform and boost marketing efforts. The startup currently has 10 employees.