Last week, we republished a story on the Heartland Tech section about American Underground, a hub for tech programming in Durham, North Carolina and a partner organization of Google for Entrepreneurs. Phillipe Charles, the director of communications and member experience for American Underground, spoke with author Muriel Vega about the steps American Underground takes to ensure that its programming appeals to people who don’t fit the mold of the stereotypical young, white, male entrepreneur, and why it’s important to do so:

We’re at an exciting point in the city’s history and future. There are a lot of ideas and people coming into the city. What that also means is that people who have been in the city don’t exactly know how to connect with those new resources or avoid being displaced by those newcomers.

Mid-sized cities across the U.S. are increasingly fielding interest from tech companies that want to build a new office there, like Amazon does, or that want to develop educational programs for aspiring tech workers in these cities, like Facebook, Apple, and Cisco do. As business and government leaders weigh partnering with a tech giant — or even launching a new local accelerator — they need to identify during the planning stages how these new programs will recruit people from a variety of backgrounds within the city.

American Underground, for example, launched a residency program for artists — even though it doesn’t seem like a typical fit for a tech incubator, the program ensures that residents outside of American Underground’s usual reach are able to come see what the organization is all about.

Send feedback, news tips, or story suggestions to me via email — bookmark our Heartland Tech Channel, and please remember to share these #HeartlandTech stories on Twitter, LinkedIn, and Facebook. 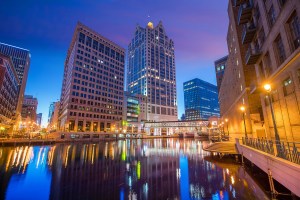 Life insurance and financial planning giant Northwestern Mutual announced today that it is creating a $5 million early stage venture capital fund to invest in startups in its hometown of Milwaukee. Called the Cream City Venture Capital Fund, it will grant selected early stage startups between $100,000 and $250,000. The announcement comes on the heels of […] 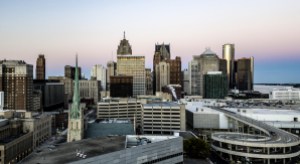 Today, networking giant Cisco announced that it will be partnering with Michigan on an initial three-year program to help the state train more tech workers, become a hub for autonomous vehicle testing, and use data to streamline government services. According to a blog post on Cisco’s website, the program has five priorities: developing connected roadways, […] 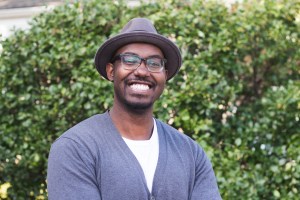 During a summer internship with a large Kansas City corporation, college student Louis Byrd was unexpectedly called into the HR office. Although the incident was about 10 years ago today, it has not yet left his mind, Byrd said. “I’ll never forget this,” he said. “HR told me that the people on my team had […] 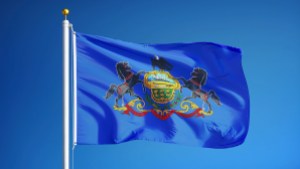 The Cleveland-Pittsburgh-Buffalo region was known for more than a century for steel production, and steel was the reason cities in this part of America were home for generations to some of the country’s most upwardly mobile working- and middle-class communities. That was the story of northeastern Ohio, northwestern Pennsylvania, and western New York — right […]

Peter Thiel is a heavyweight entrepreneur and investor who made his career in Silicon Valley. He launched and took public online payments company PayPal, was an early investor in Facebook and Airbnb and went on to launch software company Palantir Technologies. But now the billionaire says that Silicon Valley’s monopoly on technology company growth is over. (via CNBC)

Local investors bring more than funding to the table. Sometimes their presence leads to a key introduction, a strategic acquisition or a sense of vibrancy lacking before. (via ExitEvent)

Aspire, a Chicago-based nonprofit that provides services for children and adults with developmental disabilities, was founded in 1960. When Jim Kales came on board as CEO around a decade ago, he found himself frustrated with the nonprofit’s job-training program. “It was very bespoke and one-at-a-time,” he tells Fast Company. (via Fast Company)

How 53 cities are preparing for autonomous vehicles

Dubai has big plans for autonomous vehicles — some of the most ambitious globally, in fact — with a strategy that could slash the city-state’s transportation costs by 44 percent and reduce accidents by 12 percent. But while they may not meet Dubai’s scope, the U.S. cities of Palo Alto and Portland are on similar paths, emphasizing pilot zone identification and building up their city fleets in their pursuit of self-driving cars. (via NextCity)