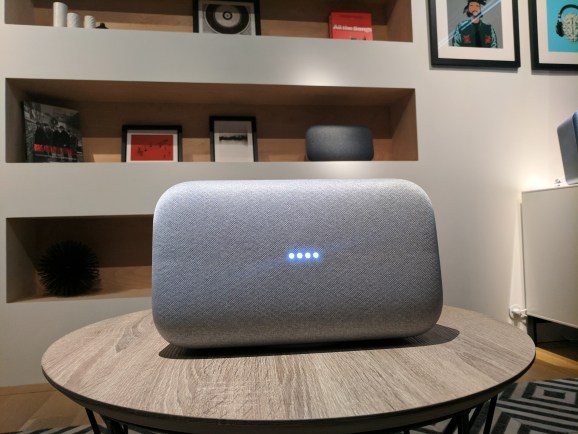 Google Assistant received some major upgrades in recent days, and today Google Assistant product manager Brad Abrams announced a series of changes to help developers make voice apps that interact with Google’s AI assistant, including ways to give them more expressive voices and send push notifications, as well as new subcategories for the Assistant’s App Directory.

One of the coolest new features coming to Google Assistant is something called Implicit Discovery. Instead of saying “OK Google, talk to Ray’s Auto Shop app” and then asking to schedule an appointment, Implicit Discovery will let you say “Book an appointment to fix my car” then offer an app recommendation. The same should apply if you say “I need to book a flight” to summon something like the Kayak app or say “I need a ride” to interact with Uber or Lyft.

Implicit Discovery may seem simple, but it’s going after one of the biggest challenges for AI assistants, which is: Without a visual interface, how does a user figure out how to get things done or remember the names of favorite or useful apps? Implicit Discovery seems to be an effort to tackle this. It’s also a feature already available in Amazon’s Alexa.

Another feature added today to improve discovery of third-party apps is subcategories in the App Directory, so instead of just being listed in the Food and Drink category, apps can be slated into subcategories like “Order Food” and “View a Menu.”

The App Directory was first introduced at the I/O developer conference this spring.

Other changes on the way for the App Directory include badges to indicate if a voice app is family friendly and support for third-party apps in languages beyond English. Until today, Google’s voice apps were only available for English speakers in the United States, Canada, Great Britain, and Australia. Voice apps will soon be available in Portuguese in Brazil, English in India, and Spanish in the U.S., Mexico, and Spain.

Google announced today that developers in the United Kingdom can begin to make apps that can carry out transactions, a feature that until now was exclusive to the U.S. The Google Payment API expanded to include Google Assistant users in the U.S. in May.

A series of new APIs has also been rolled out, including one that gives apps the ability to send push notifications, first over the phone and in the future with voice or auditory sounds through a Google Home smart speaker. Alexa notifications first launched in September.

An API to link an account to an app for personalized results, and another that gives developers the ability to transfer a conversation from a smart speaker to a smartphone also launched today.

The Actions on Google platform for the creation of voice apps by third-party developers first became available roughly a year ago, in December 2016. Since then, hundreds of voice apps have been made available to do a range of things, from playing ambient sounds like crashing waves to offering local deals for a pizza from Domino’s.

It’s been a pretty busy week for Google’s intelligent assistant. On Monday, Google announced that Home speakers can now be used as an intercom system. The Google Broadcast feature, first announced at the Made by Google hardware event last month, allows you to deliver a message through all your Google Home devices. The app also gained the ability to deliver music and movie recommendations from streaming services and control sound by adjusting things like bass and treble, a clear plus for prospective owners of Google Home Max, which is scheduled to hit store shelves next month.

Taken together, the announcements made today will give voice apps the ability to be a much more vocal, vital part of the Google Assistant experience, and continue to evolve the ecosystem surrounding Google’s AI assistant.

This time last year, Google Assistant was only available in the Allo chat app. Today you can speak to Google in Android TVs, three Google Home smart speakers, Android smartphones, the Pixel Chromebook, and Pixel Buds, the first headphones made by Google that began to roll out last week. Support for Google Assistant in tablets using Android is also reportedly on the way.