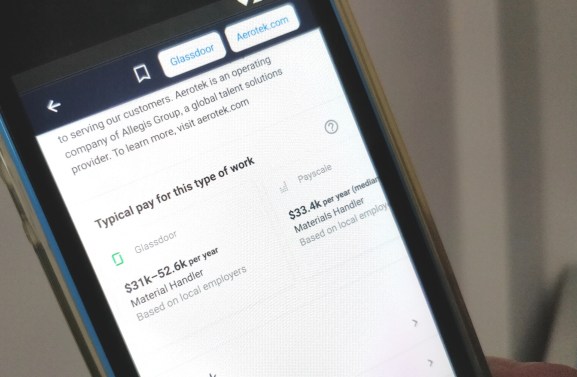 Google has announced a number of updates to help job hunters in the U.S. find gainful employment directly through Google Search.

By way of a quick recap, the internet giant announced the Google for Jobs program at the company’s annual I/O developer conference back in May, highlighting plans to scour job listings across the web and collate them directly within Google Search. That plan came to fruition a month later as Google revealed tie-ups with Monster, Facebook, Glassdoor, and others to let job hunters find work and receive email alerts when new opportunities arise.

Since the feature’s launch, Google said that positions from nearly two-thirds of employers in the U.S. have been shown in Google Search. Fast-forward five months, and the company is now doubling down on its efforts to make Google Search a destination in its own right for those seeking work.

For starters, the broader job search functionality was only available on the desktop and through mobile phones, but now it’s also available on tablets. And in addition to basic information about a job, Google Search will now reveal salary information — not necessarily how much a company is offering for a specific advertised position, but an estimated salary range based on job titles, location, and the employer. This data is garnered from the likes of PayScale, Glassdoor, and LinkedIn.

When an employer does list a specific salary, Google Search will compare the figure to an estimated range, helping job hunters decide whether it’s worth applying for the role. 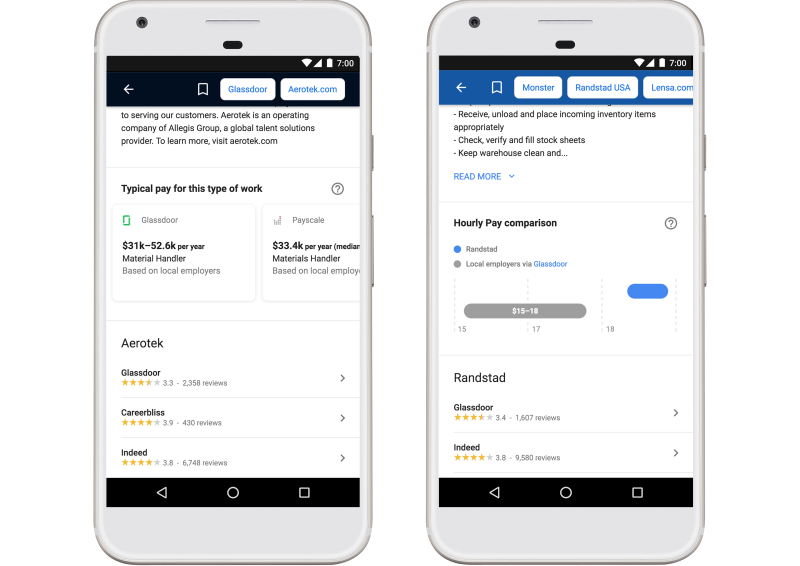 This feature isn’t restricted to third-party recruitment platforms that have specifically partnered with Google — any company that lists salary information, including specific figures and estimates, can tweak their web pages so that they’re included in job search results.

Other new features landing in Google Search include more controls over location, with users now able to filter by specifying a distance from a desired location, for example “up to 2 miles” or “up to 30 miles.” 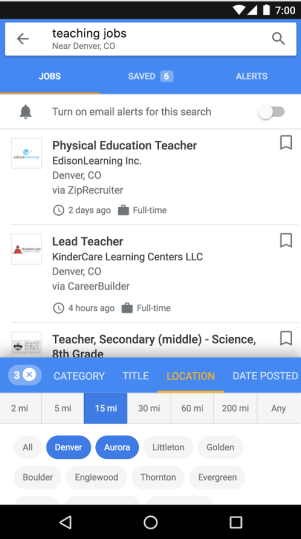 Additional search features include the ability to choose which job search engine to use when applying for a job that is listed across multiple sites, such as CareerBuilder or Monster. And in the coming weeks, Google will also allow users to save jobs directly within Google Search by hitting a bookmark button.

A number of well-cited studies suggest that a global workforce crisis is looming, with reports warning of a labor shortage / surplus imbalance. This has led to a spike in investments across the online recruitment realm, with myriad startups raising big bucks to help match the right people with the right jobs.

Google has been very much part of this push with a number of new initiatives in recent months, including a recruitment app called Hire that integrates with Gmail and other G Suite services. A couple of months back, Google also launched a beta of its Cloud Job Discovery service, which uses artificial intelligence (AI) to help employers match job vacancies with prospective employees.