This week’s newsletter is (almost) all about Amazon, given the news from Thursdaythat the company had selected its shortlist of 20 communities that are still in the running for HQ2. I gave my take on what to expect from Amazon (and the finalists) from here on out. We also ran this guest post from Mike Asem, the director of Chicago venture firm M25, about how the Midwest cities that made the cut fare against the competition.

After reflecting on the news a bit, there are a couple of other points I wanted to make about what the shortlist reveals about Amazon’s end game:

In the “Beyond VB” section, I’ve also included a number of other stories that I think are worth reading on the HQ2 news.

I also wanted to flag some other news on the corporate expansion front: Typically secretive Apple announced last week that it would be opening another campus somewhere in the U.S., while Google is reportedly adding up to 5,000 jobs in Chicago in this January 9 story I missed from Crain’s Chicago.

What does this mean? That if Google, Apple, and Amazon want to tap into the best talent, they need to increase their presence in locales off the main road. I’m excited to see how these expansions play out as we get closer to our BLUEPRINTconference, which will discuss how companies can be smarter about expanding in the era of HQ2.

Please enjoy this video from CNBC, “Toronto Mayor John Troy: Amazon would be a great addition to Toronto economy” 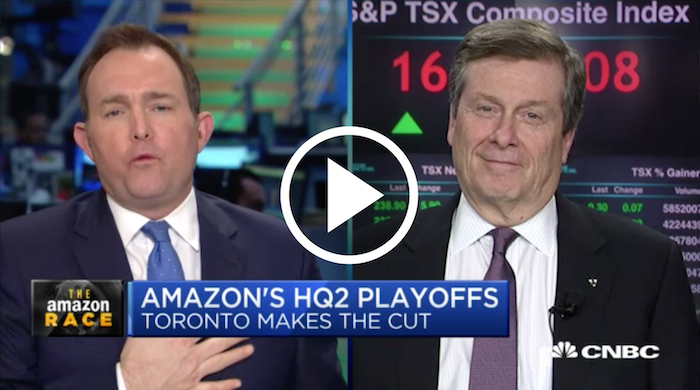 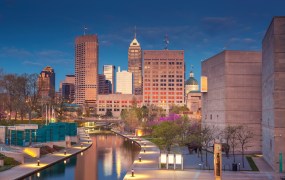 Springbuk, an Indianapolis-based provider of health intelligence software, announced today that it has raised a $20 million series B round. The round was led by HealthQuest Capital and Echo Health Ventures. St. Louis-based Lewis & Clark Ventures and Indianapolis-based Elevate Ventures also participated in this round. According to Crunchbase’s data, Springbuk’s series B is the […] 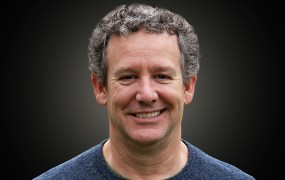 VB EVENT: Chris Heivly, the entrepreneur-in-residence at international startup accelerator Techstars, is one of the speakers at VentureBeat’s inaugural Blueprint conference, happening on March 5-7 in Reno, Nevada. At Blueprint, speakers including Heivly will discuss how tech companies can create higher paying jobs across America and expand economic opportunity for all. As entrepreneur-in-residence, Heivly is working with […] 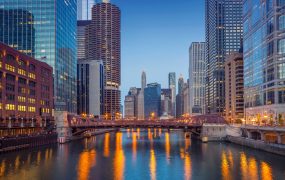 GUEST: A year ago, the Midwest saw one of its largest tech exits to-date: the January 2017 $1.1 billion sale of CoverMyMeds to San Francisco-based McKesson Corp. The CoverMyMeds exit was the biggest in Ohio history, and it signaled an upward growth trajectory in exit activity from 2016. When it comes to Midwest exits, 2017 was an […] 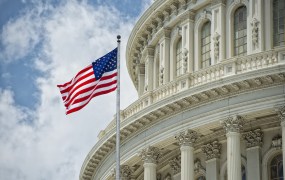 Entrepreneurs and politicians need to communicate better with each other

GUEST: Entrepreneurs are the beating heart of the American economy. Yet despite an uptick in recent years, startup formation has been in a decades-long decline that has affected every state in the country. That’s a problem because startups are responsible for nearly all net new job creation. Even if you aren’t an entrepreneur or don’t work […]

Cities Should Act More Like Amazon to Better Serve Their Citizens

The following is an excerpt from A New City O/S: The Power of Open, Collaborative, and Distributed Government, by Stephen Goldsmith and Neil Kleiman. A New City O/S argues that our system of government must evolve to meet the needs of a digital world. The book describes a new government “operating system” that serves much the same function as the last iOS your iPhone made you install: It incorporates innovative technology and a user-oriented design to provide the utmost in efficiency, responsiveness, and functionality. (via Next City)

Three Amazon finalists are inside the Beltway. What gives?

On Thursday morning, the Northern Virginia Chamber of Commerce held a regional conference with a panel full of local economic development officials. Ten minutes before the event started, they were given some welcome news: Each of their communities had made the final cut for Amazon’s new headquarters. (via CNN Money)

Amazon’s short list of contenders for its much ballyhooed HQ2 reads like a who’s who of the most economically vibrant and dynamic cities in North America. (via CNN)

Where Amazon HQ2 Could Worsen Affordability the Most

When Amazon moved into Seattle, the city changed dramatically. Among the negatives: Its housing prices jumped way up, infrastructure became even more stressed, and the jobs didn’t quite deliver as promised. The relationship between the tech giant and its host city soured. (via City Lab)