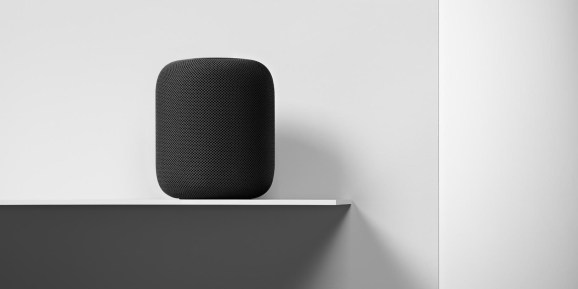 I have a confession to make: Even though I’m typing this on a MacBook Pro while wearing an Apple Watch and listening to Apple Music through a pair of Beats X headphones, I haven’t preordered the HomePod. I had one in my shopping cart the first day it was available for purchase. I really did. But I just couldn’t pull the trigger and pay $350 for Apple’s new smart speaker.

The HomePod just doesn’t do enough to justify its price, especially for someone who already has a couple Google Home devices sitting around his apartment. But even if I didn’t have any smart speakers yet, I don’t think I’d spring for Apple’s latest offering.

It’s missing features that Apple promised, chief among them support for multiple users. Like many people, I share my apartment with a roommate. And while I enjoy his company quite a bit, I don’t want to give him access to a digital assistant with all of my calendar information that can send text messages in my stead.

I also have little use for a high-fidelity smart speaker in a relatively small apartment where I don’t feel like treating my neighbors to all of my musical taste. The Google Home Max, which is arguably the HomePod’s closest competitor, was overkill for the space that I have.

Roll all of that together, along with Siri’s lack of killer features compared to its competition, and I think it’s fairly easy to see why the HomePod is a tough sell, even for a hard-core Apple product user.

But before everyone fires up their hot takes about how APPLE IS DOOMED, it’s worth noting that we’re still very much in the early days of the virtual assistant wars. As it stands, none of the companies with a virtual assistant currently on the market lives up to its ideal self. What’s more, Apple has strong lock-in to keep hard-core users from jumping ship away from Siri.

After all, it’s not like I’m about to bail on my Apple Watch and iPhone just to be closer to the Google Assistant, nor is Apple going to allow it to act like a first-class citizen on the company’s mobile platforms. If it takes Apple a year to make the HomePod something worth purchasing, it’ll still be worth my money.

(There are, of course, counterexamples, like Apple’s relatively weak position in the smart home space relative to hardware that connects with Amazon’s Alexa smart speaker.)

Apple can also improve the HomePod through software updates, without new hardware revisions, and the company has said the speaker will receive some of its missing features through updated firmware later this year. It’s unclear how much longer that’s going to take, though. Knowing Apple, such updates could come within a few months, or customers could be stuck waiting until fall with the next release of the company’s operating systems.

And there’s a lot of improvement to be done in the market, whether for Siri or its competition. In my view, virtual assistants should be automatic companions that are able to provide you with all of the information that you need and take care of daily inconveniences, while being available in high quality form throughout the day on whatever computing platform you choose. None of them are currently delivering on that promise.

For example, none of the assistants currently on the market can tell me when the next Muni train will arrive at the station. San Francisco’s transit authority has an API for accessing information about trains’ positions and expected arrival times, and yet it’s clear that integrating that information isn’t a priority for any of the companies building virtual assistants.

Even though Siri doesn’t have the third-party integrations that Amazon’s Alexa does, it’s hard for me to say that I’m really missing out on the overwhelming majority of half-baked, minimally useful, or misguided skills that clog up the Alexa store.

But while none are perfect, they’re all critically important to the companies that are producing them, which is why improvements to the HomePod are a near-certainty. But until it gets better, I expect plenty of folks — like me — will hold off purchasing one.

Who gets the credit when AI makes art?

AI is without a doubt efficient. It is fast, precise, and unencumbered by the emotions that cloud human intelligence. Repetitive tasks? An algorithm’s got it covered. Processing data? A computer’s right as Rain Man. But what if the goal is to create art? Because it is a product of science and technology, we tend to […]

Amazon’s Alexa is now able to send SMS messages to a contact in a user’s smartphone, a company spokesperson told VentureBeat today. At launch, text messages can only be sent with smartphones running the Android operating system in the United States. No details were made available about when SMS with Alexa will be available outside of […]

A new startup called Astound emerged from stealth today with a big vision: to cut down on service requests using artificial intelligence to drive automation. The company’s overall goal is to help employees at large enterprises handle their own service requests, rather than require the intervention of more experienced technicians. Astound’s product targets four concrete […]

Pinterest today announced it has hired Google computer vision research lead Chuck Rosenberg to be the company’s head of computer vision and lead its visual search engineering team. During his nearly 15 years at Google, Rosenberg led image search and image understanding groups at the search giant and helped the company implement its first neural […]

American Express announced that it has acquired Mezi, the startup behind a human-assisted shopping and travel agent chatbot.  Founded out of Sunnyvale, California in 2015, Mezi launched a personal travel assistant that improves the more you use it. It can automatically check you in at the airport or reschedule flights, request vegetarian meals on the plane, and […]

Andrew Ng unveils the AI Fund, with $175 million to back new startups

AI superstar Andrew Ng has spent the past year launching a handful of new initiatives, and now he’s at it again with the AI Fund, a startup incubator that will back small teams of experts looking to solve key problems using machine learning. The fund has $175 million in its war chest to fund AI […]

AI Weekly: Machine-made art does not mean the end of human creativity

On Tuesday the creative collective Botnik Studios released an imitation Coachella poster with artists names generated by a recurrent neural network trained on thousands of band names. In past weeks Botnik, an Alexa Accelerator graduate, has taught a predictive model to generate a top 10 trending hashtags list and used its predictive keyboards to write […]

Don’t Make AI Artificially Stupid in the Name of Transparency

Artificial intelligence systems are going to crash some of our cars, and sometimes they’re going to recommend longer sentences for black Americans than for whites. We know this because they’ve already gone wrong in these ways. But this doesn’t mean that we should insist—as many, including the European Commission’s General Data Protection Regulation, do—that artificial intelligence should be able to explain how it came up with its conclusions in every non-trivial case. (via Wired)

The fusion of quantum computing and machine learning has become a booming research area. Can it possibly live up to its high expectations? (via Quanta Magazine)

Last month, Motherboard reported on a Redditor using deep learning technology to map female celebrities’ faces onto pornographic performers, with startlingly lifelike results. By scanning a bunch of images of a celebrity’s face, the software was able to imagine what they’d look like grafted into a given video—a powerful technology being used in one of the worst possible ways. (via The AV Club)

Vid Researchers have taught a drone to fly autonomously through the streets of Zürich, Switzerland, by using a simple neural network. (via The Register)