This week Amazon acquired smart home company Ring for a reported $1 billion. This comes after a mid-2016 attempt by Amazon to buy August Home for $100 million. It’s the latest attempt to make a business off of letting people come inside your house.

Remember when people scoffed at the idea of getting into cars with strangers, but then ridesharing apps like Uber and Lyft became juggernaut businesses? Remember when the idea of staying at the home of a stranger you met online used to be weird, but then Airbnb brought hundreds of millions of people into each other’s homes?

The same softening of attitudes, this time about letting people into your home, is what Amazon and Assa Abloy, the world’s biggest manufacturer of locks, are counting on.

Smart locks can be used to let Airbnb guests inside your property, allow deliveries to be placed inside your home, and grant access to professional services like a plumber or carpenter to finish a job when you’re away from home. And if anonymous sources are to be believed, Amazon’s been considering the sale of more large items like furniture or home appliances.

Wouldn’t you be more inclined to buy a refrigerator or couch from Amazon if someone could bring it inside on your behalf? Your smart camera with a speaker inside will send a notification when the delivery crew enters your home and will record the whole thing.

Can’t hurt these ambitions that a survey out this week found that voice shopping will grow to $40 billion in the United States by 2022, and that Amazon appears to be the one with the most to gain.

And, yes, as always, Ring gives Amazon a chance to put Alexa someplace new. It’s no secret Amazon wants to spread its AI assistant everywhere, and it seems likely that will include the Santa Monica-based startup’s connected security cameras, doorbells, and other products. Amazon’s Cloud Cam, which comes prepackaged with a smart lock, does not yet answer to Alexa, but as of a little over a week ago Nest Cam IQ Indoor from Google can speak with Google Assistant.

The smart speaker was a beginning. Through the Alexa Voice Service, Alexa can now be found in a variety of appliances, from light switches to lamps, and all matter of appliances and devices in between.

Amazon even filed a patent for a mirror that uses augmented reality to put you in different clothes and locales. A patent does not mean Amazon will bring such a product to market soon, if ever, but if it ends up being anything like Echo Look’s computer vision for fashion or Kohler’s mirror with Alexa inside, it could assist the ecommerce giant further its Prime Wardrobe initiative to sell you more clothes.

Amazon has a sizable lead over its competitors in the number of smart home devices it can control, but the Ring acquisition wasn’t just about extending Alexa’s smart home dominance. It’s about the extension of services from both humans and machines even deeper into your home. All you have to do is let Amazon in the door.

P.S. Enjoy this video of Atlantic Council’s Cyber Statecraft Initiative fellow Jason Healey speaking to members of the U.S. House Armed Services Committee about the idea of AI defending against future cyber attacks, what one member of Congress called “robotic soldiers.” Advances of AI in cybersecurity will likely aid the offense more than it does the defense, Healey said. 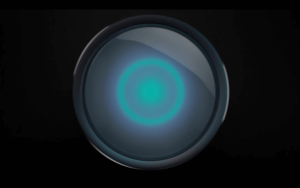 Microsoft’s AI assistant Cortana has a new boss, a company spokesperson told VentureBeat today. Javier Soltero, who previously controlled the Microsoft Office product group, will now be in charge of product for Cortana, an assistant available on 400 million devices. Now corporate vice president of Cortana product, Soltero will lead the team, together with corporate […] 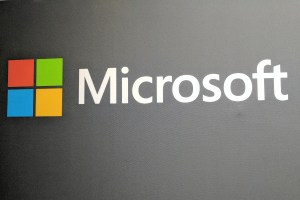 Microsoft today announced several improvements to its pre-built AI tools for companies, with a focus on improving facial recognition, custom image classification, and understanding important entities. The updates are included in the company’s suite of Cognitive Services — APIs that help developers deliver intelligent capabilities even if they don’t have a great deal of AI expertise. […] 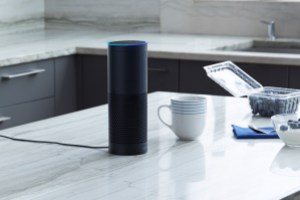 The voice shopping market is expected to grow from $2 billion today to $40 billion by 2022, according to a new survey of 1,500 owners of smart speaker like Google Home and Amazon Echo in the United States. The survey was conducted by OC&C Strategy Consultants in December 2017 and released today. AI assistants are […] 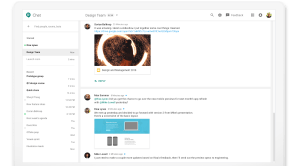 After nearly a year in beta, Google today announced that its Slack-competing Hangouts Chat platform is ready for prime time. The internet giant announced last March that it was splitting its Hangouts communications platform in two, with Hangouts Chat bringing messaging and collaboration smarts to teams, and Hangouts Meet focused squarely on video conferencing. The former has hitherto remained […] 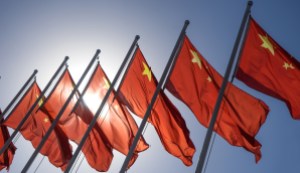 Inside China’s race to become an AI superpower

GUEST: Over 60 years ago, in what is today southern Kazakhstan, the Soviet Union launched the world’s first artificial satellite into Earth’s orbit. The launch of Sputnik 1 provoked a panic in the United States that catalyzed a flurry of investment and research, which ultimately put man on the moon. China’s Sputnik moment came in March […] 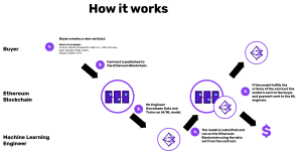 Algorithmia announced an AI competition today that could usher in a new era of machine learning model development using the Ethereum blockchain. The company is offering 3 Ethereum tokens (worth more than $2,500 as of this writing) to the team that can provide the best algorithm for determining voter preferences in the last presidential election, […]

How do you plan to raise your super-intelligent child?

Will super-intelligent machines be our servants or masters? This is a misleading way of thinking because it treats artificial intelligence and humans as if they were fundamentally separate categories. (via Washington Post)

Machine learning and AI are some of the biggest topics in the tech world right now, and Google is looking to make those fields more accessible to more people with its new Learn with Google AI website. (via The Verge)

The sublime and scary future of cameras with AI brains

Something strange, scary and sublime is happening to cameras, and it’s going to complicate everything you knew about pictures. Cameras are getting brains. (via The New York Times)

The researcher tasked with dreaming up new capabilities for Amazon’s Alexa is taking his talents to Google. Ashwin Ram, former senior manager and lead for Alexa AI at Amazon, is now technical director of AI for Google Cloud, according to a post on LinkedIn. (via Quartz)