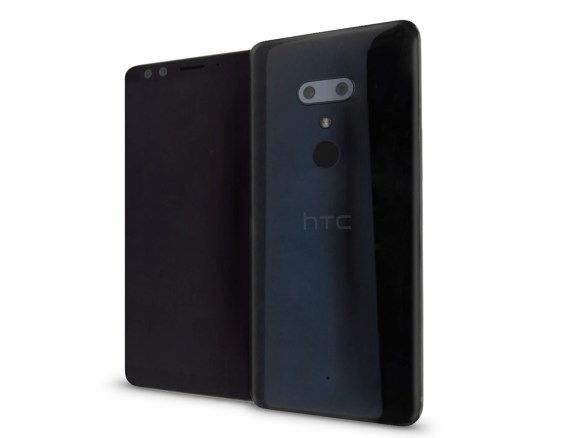 After selling part of its smartphone-making business to Google and undertaking yet another round of layoffs, HTC has finally been forced to make good on its promise to pare down its portfolio. Indeed, it’s on track to release only a handful of models this year. The crown jewel of that group is a flagship handset codenamed Imagine and destined to hit the market under the branding HTC U12+, according to a person familiar with the company’s plans.

A nearly bezel-less follow-up to last year’s U11 and U11+ — the latter of which skipped over the U.S. market completely — U12+ is described in terms that make it seem truly competitive with the Galaxies, Mates, and other phones boasting “modern” designs. In fact, the device’s suffix is intended to put it in competition with the Galaxy S9+, even without a proper U12 (which may never exist) to complement it.

The front of U12+ is dominated by a 6-inch LCD panel with WQHD+ resolution, as well as a pair of 8-megapixel selfie cameras on the slim top bezel (similar to the recently introduced HTC U11 EYEs), according to someone with knowledge of the Android Oreo-powered device. Many of these specs were first reported by Llabtoofer, a trusted developer of custom ROMs for the HTC enthusiast community.

Internally, U12+ is powered by Qualcomm’s top-of-range Snapdragon 845 chipset, paired with 6GB of RAM and either 64GB or 128GB of internal storage (expandable via microSD). It contains a 3420mAh battery pack.

On the back, two cameras — one 16-megapixel and the other 12-megapixel — sit side by side above an LED flash and fingerprint scanner. Also present is the second generation of HTC’s Edge Sense hardware, which was introduced last year to let users control various functions by physically squeezing the device’s sides.

Development on U12+ was said to have recently encountered a minor snag, pushing the expected launch date back several weeks, from late April to early May. With so much riding on each phone in the OEM’s greatly reduced portfolio, HTC can certainly be forgiven for taking pains to ensure that they are as appealing and defect-free as possible.

HTC's got an upcoming 5.5" phone, Breeze (second time as HTC codename), that's mostly notable for pushing full screen, 18:9 aspect ratio down to entry level. Therefore specs are nothing special (Mediatek SoC, 2/16GB, 13/5MP, 2730mAh, etc), and it should be priced to reflect that.

Besides Imagine, HTC has a pair of full screen, downmarket phones in the pipeline, Breeze and Breeze+, which should come to market as the HTC Desire 12 and Desire 12+, respectively.