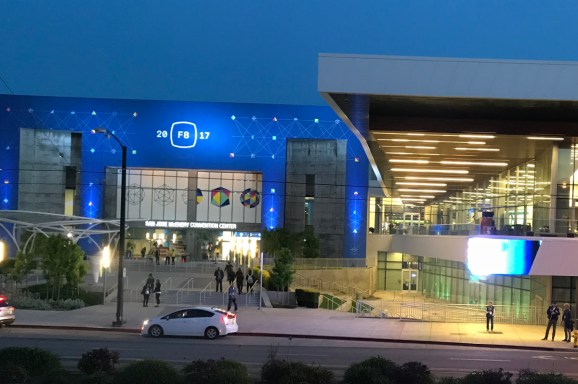 Facebook is planning to delay the release of its video chat device Portal, sources familiar with the matter told Bloomberg today. Previous reports stated that Facebook had planned to release a voice-controlled device that deploys facial recognition at its annual F8 conference on May 1-2 in San Jose, California.

The delay is reportedly the result of recent scandal surrounding the misuse of the data of 50 million Facebook users by Cambridge Analytica, a company that worked for the Trump 2016 presidential campaign. Cambridge Analytica obtained the personal information from an academic who obtained it from the Facebook Platform in 2014.

Facebook’s knowledge of people’s social activity could make it a unique player in the growing smart speaker market. Reports have been circulating since last summer that Facebook wants to debut a voice-controlled device with video chat. If true, such a delay would put Facebook even further behind potential competitors like Alexa, Google Assistant, and Siri.

According to reports from Cheddar, the device would retail for $499 and come with a wide angle camera with facial recognition, a technology not likely to reduce people’s privacy concerns with regard to Facebook. Sources familiar with the matter told Bloomberg in the article published today that the delay is happening so the device or devices can undergo additional review to ensure they make the right tradeoffs with user data.

The reported delay of Portal’s release is the latest bad news for the world’s biggest social media platform. On Monday, the company’s stock dipped on news that the Federal Trade Commission has opened an investigation into Facebook, and Senator Chuck Grassley called for CEOs from Facebook, Twitter, and Google to testify before the Senate Judiciary Committee. Facebook CEO Mark Zuckerberg has been invited to speak before multiple Congressional and U.K. parliamentary committees. Earlier today, CNN reported that Zuckerberg will testify before Congress soon.

In response to the scandal, Facebook momentarily paused app reviews and pledged to audit all apps given access to large amounts of user data.