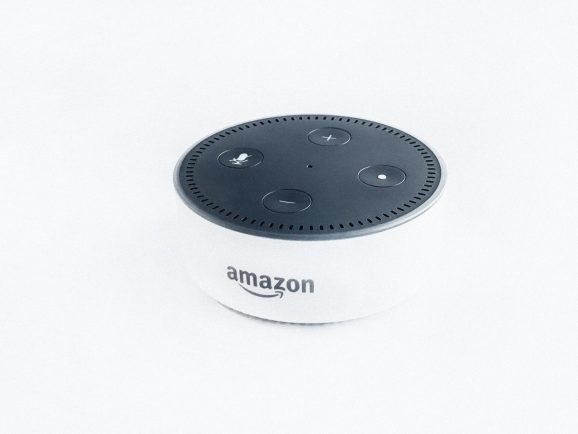 Amazon’s Alexa-enabled Echo smart speakers are perpetually popular, and one of the reasons is that the company continually releases updates to improve their capabilities. In October, Amazon announced a functionality called Routines that allows users to trigger certain actions at the same time and on the same day until they reset the feature.

Routines also respond to activating phrases. For example, you could set Alexa to give you a news briefing when you say “Good morning.”

All in all, the Routines feature is off to a good start, but it still doesn’t offer some capabilities that are necessary to make it truly practical.

1. Customize volume level for the Routine

Although it’s possible to customize a Routine to activate when you say a phrase of your choosing, it’d be nice if you could set the volume level for how loud a Routine sounds.

For example, maybe you typically use the Echo to listen to music while cleaning the house, so you have the speaker set at a medium to high volume level. That works well when you’re not right next to the speaker.

However, if you use a Routine to wake up, one that’s too loud could rattle you from a sleeping state or wake up a spouse sleeping beside you.

People have pointed out that the Routines function doesn’t work with skills. Many users think this is a significant oversight. They’re also miffed that Amazon hasn’t provided a timeline for when such a feature will be available — or even confirmed if it would be.

An increasing number of third-party companies are making skills to ensure their products work with Alexa. The fact that Routines doesn’t support them emphasizes the still-limited uses for the feature.

3. Give an overview of the day ahead

You can set up an Alexa Routine that gives you traffic or weather information. That information certainly helps with planning some aspects of your day. However, Routines doesn’t sync with your agenda for the day.

If it were possible to set a Routine that wakes you up and triggers Alexa to immediately read the day’s calendar events, you’d be less likely to forget important obligations, such as client meetings or scheduled discussions with your child’s teacher.

It may seem surprising, but you can’t set up an Alexa Routine that relates to hearing favorite tunes. Because some people use Routines at the start and end of their days to wake up or get ready for bed, it’d be handy to make a Routine that plays material from a preferred music provider and playlist at a time of their choosing.

Even better, what if that happened on a timer? Then a Routine could play soothing sounds from Spotify for a specified amount of time until you fall asleep.

Also, maybe there’s a podcast you love, and you’ve learned the latest episodes always come out at 8:30 p.m. ET on Wednesdays. In that case, think of the possibilities of making a Routine that launches your podcast player and starts playing the most recent episode as part of a Routine.

Some people already set reminders to go to podcast sites and get the newest material as it’s available. However, Alexa would fit even more seamlessly into our busy lives if she offered automation for fetching podcast episodes within Routines.

5. Create a Routine with voice commands

You can find answers to questions, get restaurant opening hours, and order things from Amazon using your voice.

However, one of the things you can’t do is make a Routine by speaking. You have to go into the Alexa app and do it from there. Furthermore, it’s not possible to even edit an existing Routine with your voice.

The Echo’s Routines feature undoubtedly has promise, most notably for the way it enables activating several things to happen by saying one phrase or setting a single action.

However, this wish list shows the feature is far from perfect. If Amazon listens to user feedback and thinks realistically about how to improve Routines, it could be significantly more useful by matching the ways people live and interact with technology.

Kayla Matthews is a senior writer for MakeUseOf and a freelance writer for Digital Trends. Her work has also appeared on Vice, The Next Web, The Week, and TechnoBuffalo.