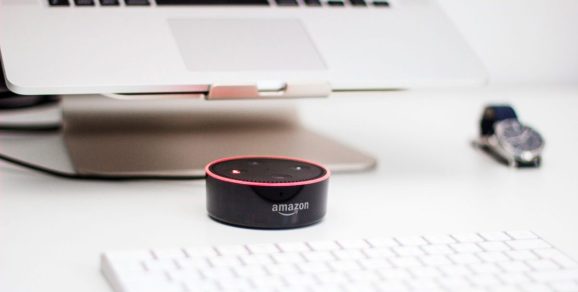 Evidence that Amazon’s Alexa has neutralized Siri’s early lead in the race to popularize AI assistants has been mounting for months. But this morning’s announcement of Alexa Skill Blueprints — a way for average people to expand Alexa’s abilities with personalized skills — now suggests that Amazon has pulled too far ahead for Apple to meaningfully close the gap. Thanks to engineering stumbles and high device pricing, the famously integrated software-hardware designer is in the unenviable position of being effectively non-competitive with Siri software and hardware, such that only a major change of approach could potentially turn things around.

It’s been clear for years that Amazon wanted to get Echo hardware, and thus Alexa services, into as many rooms of the home as possible. There are now Echoes at every affordable, mass-market price point, varying from tiny speakers to alarm clocks and video devices. Third parties are building Alexa into bathroom mirrors and cars, radically enhancing its prospects for ubiquity. If Alexa isn’t “everywhere” yet, it’s certainly getting close.

Apple’s approach has been different, and if not baffling, clearly wrongheaded. The company has rolled Siri out as a feature on expensive devices and done little — besides selling more of those expensive devices — to expand the assistant’s availability. What started as a feature of the then-flagship iPhone later came to certain iPads, iPods, and Macs. Half-baked versions are kinda-sorta offered on the Apple TV and Apple Watch. Most recently, a semi-functional version was pitched as a marquee feature of Apple’s HomePod speaker. Unlike Echo speakers, it goes without saying that no one is buying enough HomePods to fill every room of a house.

But it’s the software side of this equation that Alexa Skill Blueprints addresses. Alexa already had a major lead over Siri when it comes to responding properly to a greater variety of spoken requests without customization. Adding developer-created skills radically enhanced Alexa’s ability to do even more — order a pizza, play a game, have a full conversation — whatever the user found important. After seven years of development, Siri can do none of these things and is just barely at the stage where developers can prototype their own third-party integrations.

Today’s Blueprint announcement expands Alexa skill development to everyone, specifically for the purpose of letting you and me create whatever Alexa abilities we need. Want Alexa to offer personalized guidance to your babysitter? Tell jokes you programmed yourself? Help you study for a quiz? Fill in the blanks with Amazon’s new templates (the Blueprints), and Alexa can add your skills in minutes.

The very existence of this feature demonstrates how far behind Apple has fallen with its AI assistant endeavors. Even if there was Siri software to do this — and there isn’t — the entry price point for a new Siri-capable device is around $200, and most are $300 and up. Adding a babysitter- or emergency-ready Echo Dot to a table near the front door of a house currently costs $40.

Above: Workflow for iOS

I don’t doubt that Apple is working on something similar to Blueprints. Last year, Apple acquired an app called Workflow that uses templates to create mini-app-like shortcuts for iOS. Apart from integrating Workflow into iOS, the most obvious way to enhance the app would be to let people create new Siri skills.

Right now, that’s just a possibility — one of many holes in Siri’s functionality that Amazon has already addressed with Alexa. With today’s announcement, Amazon has given existing Echo users more reasons to use their investments and everyone else yet another incentive to buy Alexa products. While there’s little chance Apple is going to quit the race, it’s harder than ever to imagine Siri catching up to Alexa anytime soon.